Is Zero our hero?

Chances are that if you’re reading this article on Electrifying.com, you have probably heard at least a little bit about electric cars by now. Maybe you already own one, are considering one, or maybe you’re just a curious passer-by trying to understand a bit more about this EV malarkey. However, I’m here to introduce you to something that you might not have given much thought to… yet. I want to talk to you about motorcycles.

Now, EV motorcycles seem like a great idea. The thing is, it might seem like things in the two-wheeled EV department are lagging a bit when compared to their 4-wheel counterparts. But things are changing, and there are some cool companies out there doing their bit. One of them being an outfit called Zero Motorcycles. Nestled in a small town close to Santa Cruz, California, Zero joined the party in 2006 and quickly grew from a little garage project to a global electric motorcycle company. 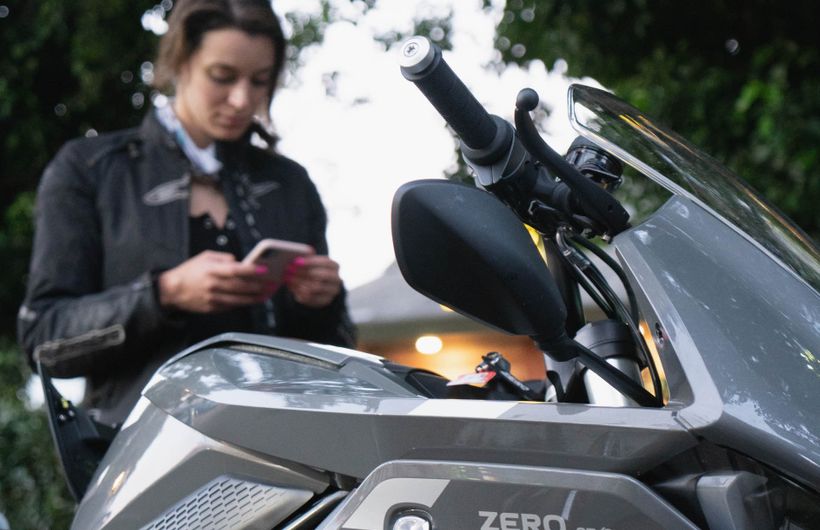 Zero has dabbled with all ends of the motorcycling spectrum, from street to scramblers to dualsport bikes, but for this review we had our eyes on their latest jewel: the SR/S. Launched this year, the SR/S is currently the marque’s top of the range, and it’s a bit of a honey. Based on the same platform as the naked Zero SR/F (Zero’s other bike - ‘naked’ meaning shorn of any kind of aerodynamic fairing), the SR/S comes as a faired version with more of a sports touring feel to it. Which means it’s a bit less aggressive, and a bit more comfortable. Which, to my mind, should suit an electric powertrain quite nicely.

Just for reference, both models are offered as either standard or premium versions, the main difference being that for an extra £2,000 the latter will equip with a 6kW integrated charger instead of the 3kW basic version.

In its belly the SR/S packs a 14.4kWh capacity battery - bang-on the size of what you would typically find inside a plug-in hybrid car.  The problem is batteries and motors aren’t the lightest of things, and the set-up means the SR/S carries a bit of weight - 234kg to be exact.. It’s a bit porky, if we’re being brutally honest, but the weight is held low to help keep the bike stable in corners. 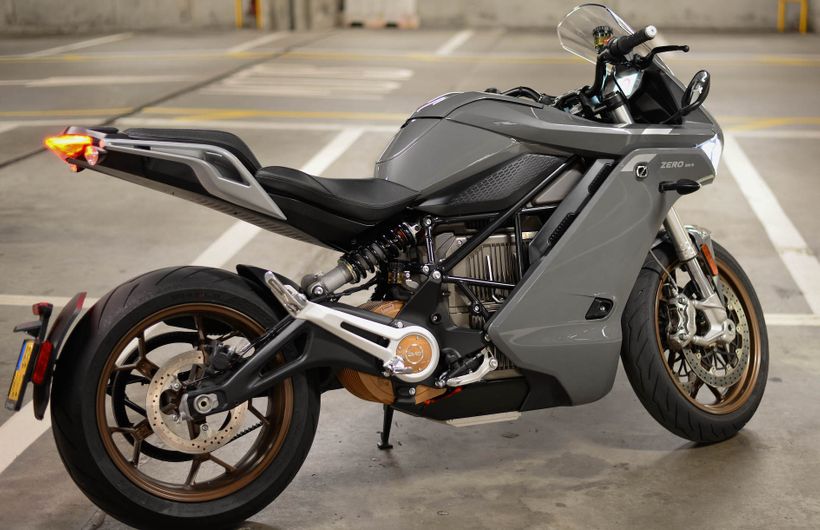 The SR/S has more power than a small hatchback

But it’s a very rapid thing. Zero’s spec sheet quotes 108bhp and 190Nm, which are pretty decent figures. Enough for a hatchback car, for a start. But the numbers don’t really tell the whole story - as with any EV, that lovely torque is available instantly, and it feels incredibly responsive whenever you twist the throttle - with the added advantage of not having a clutch or gears to faff about with. It’s not the fastest in terms of outright speed, with the top end limited to 124mph, but to be honest, if you’re gadding about at that kind of pace, you’d either drain your battery very, very quickly or probably going to get told off by the police…

Performance-wise the torque delivery is highly addictive, although confidence around corners didn’t come to me as easily as usual, which I think was partly due to having a bit more weight to shift around (the bike’s, not mine). Nevertheless, the SR/S has lots of reasons to stand tall next to its internal combustion relatives and if it weren’t for the absence of both a loud exhaust and a clutch lever you would probably forget you were riding on electric power. 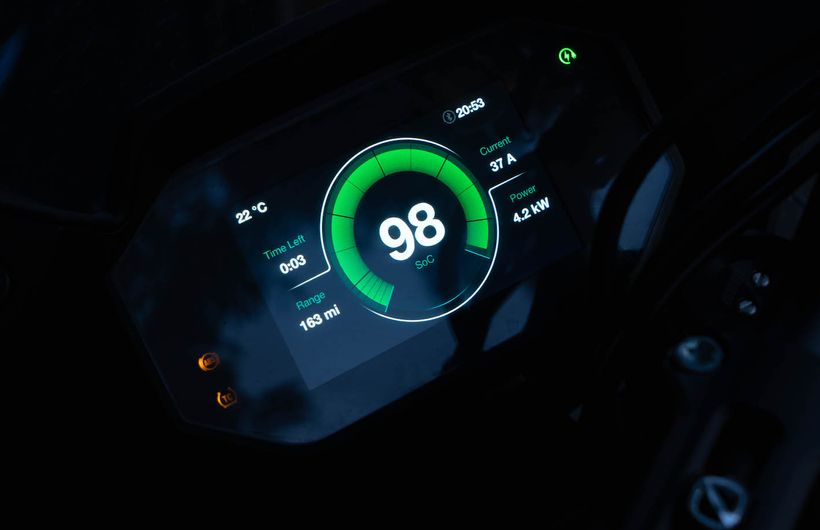 The Zero's battery is bigger than most PHEV cars use

So, how far can you actually go on a full charge? Erm, it depends on a lot of different factors: things like the type of road, the number of stops you make, how often you brake, the weather or the state of the battery, or your tyres. Pretty much everything, then. As a rule of thumb, expect to get a lot more range while cruising around town or through a route that gives you plenty of opportunities to use regenerative braking than you would riding fast on an open motorway.

You can also improve your efficiency by selecting the correct riding mode to fit your needs. The SR/S comes with four default modes (Eco, Street, Sport and Rain) or you can create a bespoke one to match your preferences. Eco mode proved to be king when trying to maximise range, but it comes with very limited torque and power delivery and will cap top speed at 75mph, which is not particularly exciting.

After some experimentation, I set up my own mode based on Sport with slightly increased regeneration for sharper braking feedback and actually ended up sticking with it for most of my rides. Even with the full performance enabled, I found that being mildly sensible I still got a predicted urban range of 160-170 miles. Which then dropped to around 70-90 miles whenever I hopped on the motorway or rode at a more spirited pace. 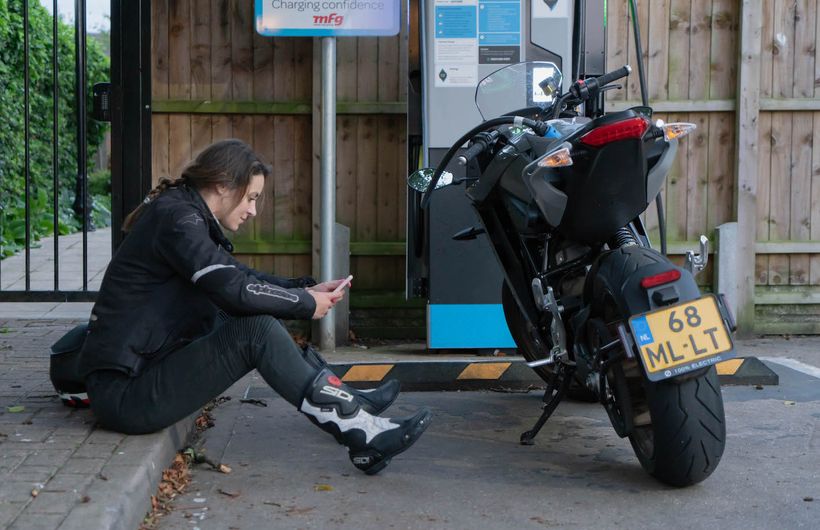 Charging is a challenge without a garage. Still, it gives you time to master Candy Crush

Charging, on the other hand, was a bit of a learning process and there were a few moments when I just wanted to lie down, hug my knees and cry. Admittedly, I probably made my life extra difficult because I live in a flat, but that was part of the challenge.

Having looked up the charger locator in the Zero app on my mobile, and seeing dozens of little colourful dots populating the map around me, I was confident in my mission. However, the smug look didn’t last long as I realised that the greater majority of them were either not compatible with the bike or off-limits (private and company-use).

On the brighter side, I found that apps like Zap-Map were fairly useful, because you can just pop in your vehicle brand and model and they will show a filtered view of the right chargers for you, plus useful comments from any recent users about the condition of the charger and the location.

When it comes to the actual charging, the Zero SR/S uses a Type 2 Mennekes charging connector which is provided as standard when you buy your bike and can be conveniently tucked away in the tank storage space. As for charging times, Zero claims two hours for a 95% charge on a public charger and eight  hours for 95% charge using a normal household socket for the Premium 6kW model.

Which brings me to a slight elephant in the room: the price. The Zero SR/S Premium weighs in at a total of £21,590 in the UK. Price-wise it costs about double an equivalent petrol-powered contender, and around the same price as a VW e-Up! But it is priced below some of its EV competition and it’s wise to point out that it’s actually pretty good value for money in its own category.

I will admit that the constraints around the charging were a bit discouraging (for me) and I feel like they took away a bit of that spontaneity and “go anywhere anytime” feel that I enjoy about bikes. Sometimes you just want to be able to ride to Brecon Beacons with your friends without the extra stops or cutting it short. For longer rides, I think I would still be more comfortable with the peace of mind that comes with being able to quickly refuel a conventional motorbike. This is not to say it can’t be done, but in my opinion the Zero SR/S would be better suited for commuting and riding around town with the occasional B-road adventure – but in that case I’m not sure if a £20k sports tourer would be my first choice.

Subs, PAYG or app? We demystify how you're charged for ...

You no longer need a wallet full of card or a screen full of apps to c... 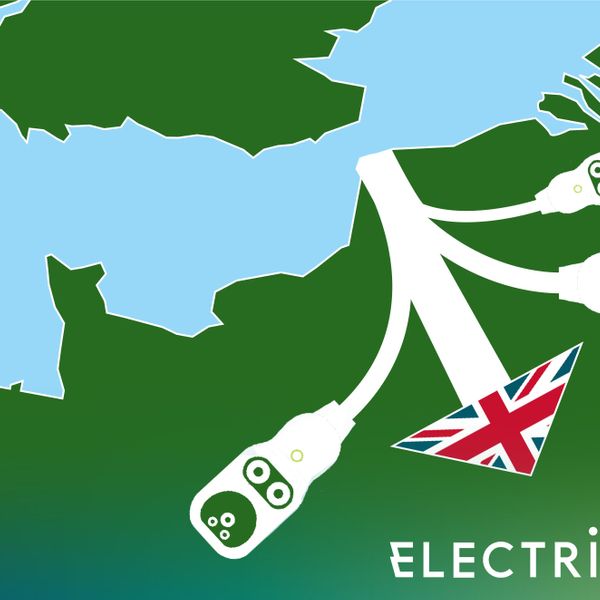 We tell you watts what when you need to plug in