For most car buyers, the decision to switch to an electric car is a huge one. Although we’ve had battery-powered cars on our roads for a decade, many still see the purchase of an electric car as a considerable risk. Although there are a lot of obvious reasons why buyers don’t feel an electric car is right for them – price, choice, practicality – some question whether battery electric vehicles are merely a stop-gap for another, more superior technology.

That’s because some within the car industry think that, eventually, hydrogen fuel cells will offer a better option than battery-powered electric cars. Although both use electricity to drive the wheels and offer zero tailpipe emissions, the two approaches are completely different. Together with bp pulse, we’ve taken a close look at the two technologies to highlight why batteries are the best option for buyers right now. 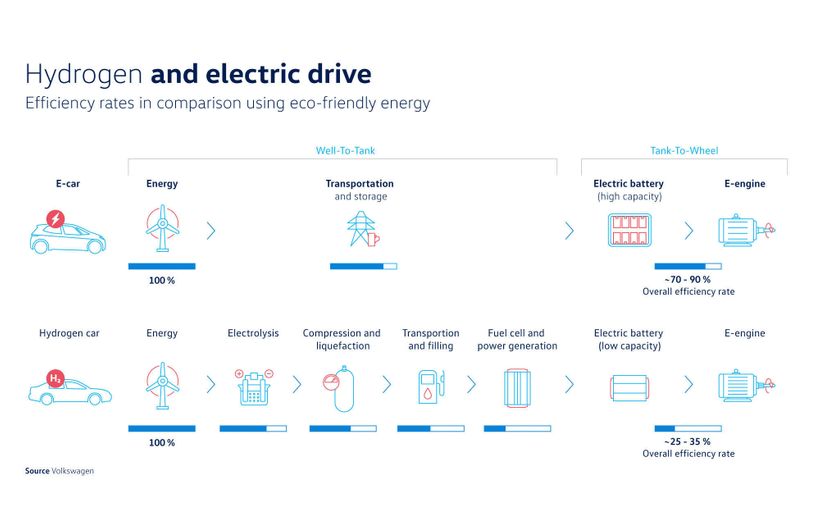 In the battle for efficiency, batteries offer a much more effective way of using electricity

Batteries vs Hydrogen fuel cells. Tell me the basics

In a battery electric car - or BEV - the battery stores all the energy required to drive the car in a lithium-ion battery pack. The pack can be charged easily at home with power from the grid or from solar panels. As the UK generates 43% percent of its electricity from renewable sources (solar, wind, hydro-electric etc), the environmental impact of recharging electric car batteries is considered to be low.

Hydrogen fuel cells (which are small enough to be packaged within the structure of a family-sized car) produce electricity by combining hydrogen and oxygen atoms. Hydrogen reacts with oxygen across an electrochemical cell (similar to that of a battery) to produce electricity, water and small amounts of heat.

The electricity generated by the fuel cell is delivered to a small transfer battery that in turn powers the electric motor that drives the wheels. The hydrogen for a fuel cell car is stored in a pressurised gas tank that sits under the floor of the car which needs to be refilled at a hydrogen fuel station. These are similar to traditional petrol and diesel fuel stations and the process of ‘filling up’ is largely the same. On cars like the Toyota Mirai, there can be multiple tanks to maximise the potential fuel load and even out weight distribution. 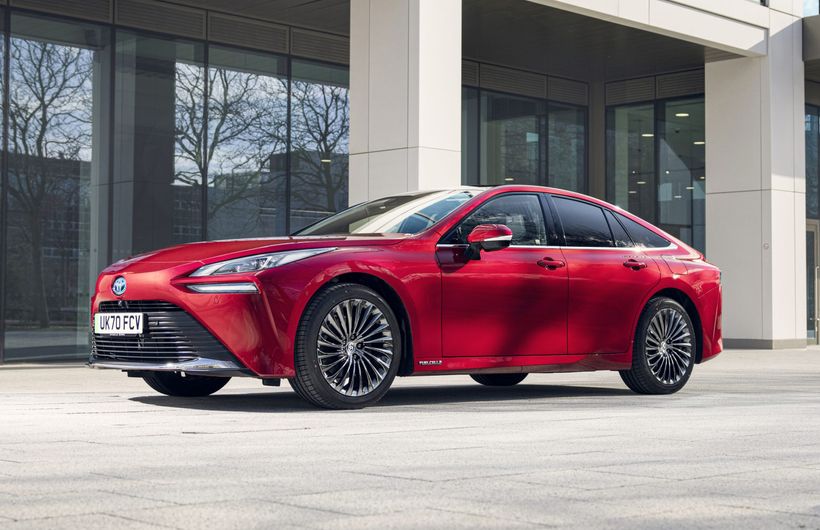 Why do some people think hydrogen is the better option?

Cars powered by hydrogen fuel cells have, to the casual observer, a number of advantages. Like a petrol or diesel car they can be refuelled quickly (in around five minutes) and can deliver long ranges (up to 400 miles). As they don’t have large traction batteries, they require fewer non-sustainable raw materials such as lithium and cobalt in their construction.

However, while the user-experience of a fuel cell car might appear attractive (long ranges, short refuelling times etc) they currently have a number of drawbacks. The first is the environmental impact of production process, or the ‘well to wheel’ calculation that governments and legislators around the world are looking to minimise to reduce CO2 emissions.

Put simply, the process of creating electricity from hydrogen is vastly less efficient in terms of CO2 emissions than generating electricity, transporting it via the grid and storing it a battery. Before the hydrogen in your car can produce electricity to drive the wheels it needs to be created, transported and stored. And that’s where the argument for hydrogen starts to fall down.

In the case of a hydrogen-powered car the losses are much greater. 45 percent of the energy is lost during the production of hydrogen through electrolysis, liquification and transport. Of this remaining 55 percent of the original energy, even more energy is lost when converting hydrogen into electricity within the vehicle. This means that a hydrogen-powered vehicle only achieves an efficiency of between 25 to 35 percent, depending on the model.

The bottom line in terms of efficiency is that a hydrogen fuel-cell car consumes two to three times more electricity for the same distance than a battery car. 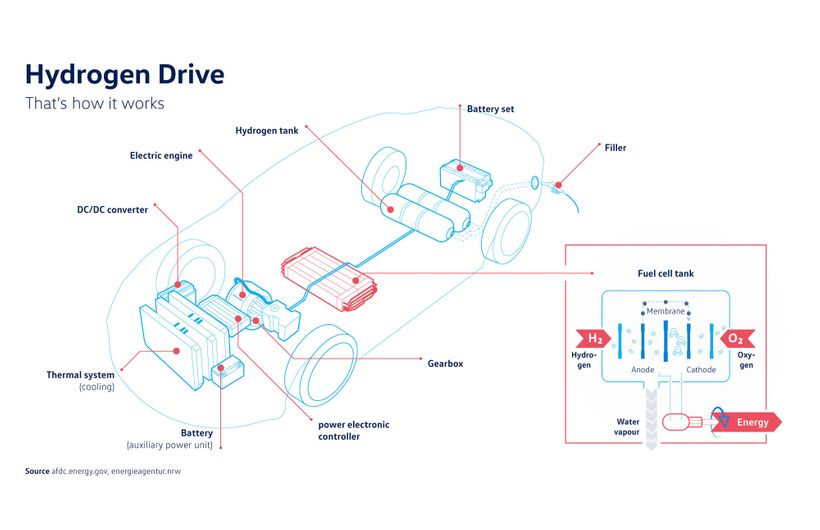 Refuelling - hydrogen wins on speed but loses on practicality

While a hydrogen fuel-cell car can currently be refuelled quicker than a battery electric car, the infrastructure for doing so is tiny. Unlike rapid charging stations that require nothing more than an electrical connection to build and operate, hydrogen fuel stations are highly complex structures. Even a simple hydrogen station consists of storage tanks, gas compressors, a pre-cooling system and a hydrogen dispenser which dispenses hydrogen to pressures of 350 or 700 bars depending on the type of vehicle. The cost for building hydrogen stations is also much higher than for charging hubs. According to the California Fuel Cell Partnership, the simplest station costs in the region of £1.6 million to commission. For more advanced stations that use liquid fuel delivered by transporters, the cost rises to well over £2 million per station. If all the UK’s petrol stations were to be converted to hydrogen, the cost would be in excess of £13.4 billion.

A battery electric car, by comparison, is much easier to refuel. ‘Fuel’ comes via the grid rather than a tanker and owners can fill up at home whenever they want. What’s more, as battery technology improves, time spent charging is falling all the time. Take the new Hyundai IONIQ5 or Kia EV6 for example. Thanks to their third-generation charging systems (which use 800 volt architecture), they can add 60 miles of range in just five minutes when connected to a 350kW charging station. 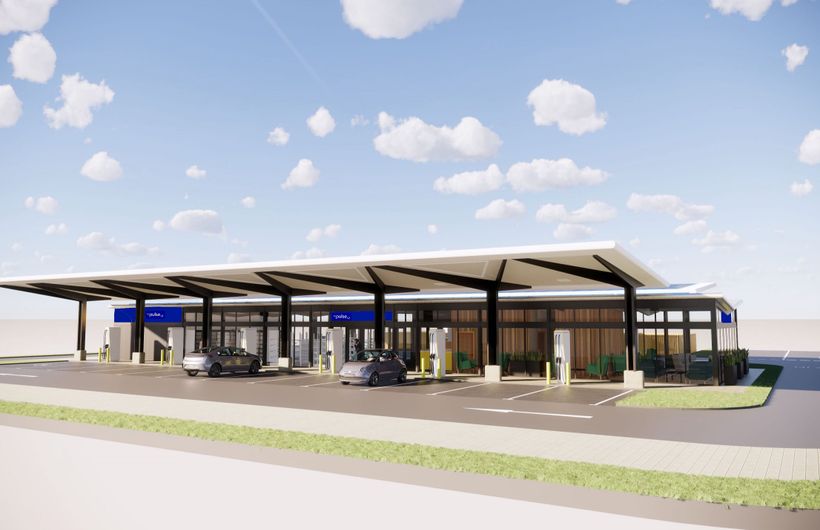 There are just 11 public hydrogen stations in the UK at present. In contrast, there are more than 4,600 rapid chargers. And with brands like bp pulse planning and building a new generation of EV hyperhubs (pictured), the options for electric car drivers are growing all the time.

Why battery electric cars are the right choice, right now

At present, just two mainstream car manufacturers offer a hydrogen fuel-cell powered car for public sale in the UK – Toyota (the Mirai) and Hyundai (the Nexo). This stands in stark contrast to the number of car brands offering battery electric models. Almost every major manufacturer, from Alfa Romeo to Volvo see battery electric models as the perfect technology for their next generation of cars.

This vision of the future is also backed up by the industry that services the needs of electric car drivers as they become more commonplace. Charge point operators such as bp pulse have invested heavily in building the UK’s charging network and have bold plans to be at the forefront of the electric revolution as it gathers pace. Right now, there are more than 4,600 rapid chargers in the UK offering more than 10,000 connections. Around 200 new charging stations are being commissioned every four weeks. By comparison, there are just 11 Hydrogen stations in the UK.

So hydrogen fuel cells will be a thing of the past?

No, far from it. Fuel cell technology is likely to be the key to reducing emissions from large vehicles – some of the most polluting on the road. Trucks and buses do not have the packaging compromises of passenger cars yet require long ranges. This makes them much better suited to fuel cell power. Many of these vehicles also return to central hubs after use (unlike passenger cars - which usually return to domestic dwellings), so could take advantage of on-site hydrogen refuelling stations.

Indeed, in certain areas of the public transport network, the change is already happening.  Transport for London has just taken delivery of 20 hydrogen fuel-cell powered double-deckers for use in the capital, that are refuelled every night at a new hydrogen station in Ealing.

Hydrogen is seen by many as an extremely viable fuel source if the environmental impact of production is kept to a minimum. bp is planning to build Europe’s largest ‘blue’ hydrogen production at a site in Teeside. This will see methane from natural gas being converted to hydrogen and carbon dioxide with the latter being captured and stored permanently underground.

In summary, for most drivers wanting to make the most of environmentally-friendly options that will quickly and conveniently fuel their cars, batteries are still the best option for right now. Visit bp pulse’s website [HERE] to learn more about electric car charging solutions. And don’t forget to check out our reviews section to see the latest battery electric (and the occasional fuel-cell) cars go under the Electrifying.com spotlight. 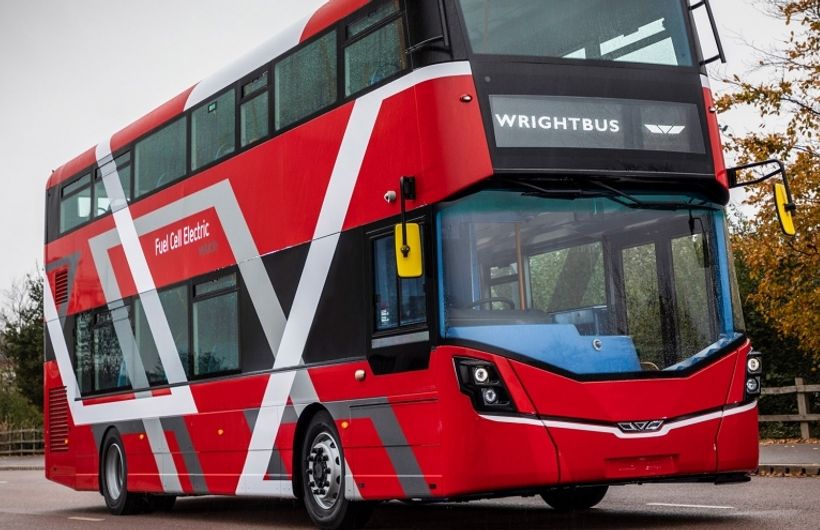 Hydrogen fuel cells are much better suited to larger applications such as buses, trucks and trains. Transport For London has recently bought 20 fuel-cell buses that are refuelled every night at a new hydrogen station in West London 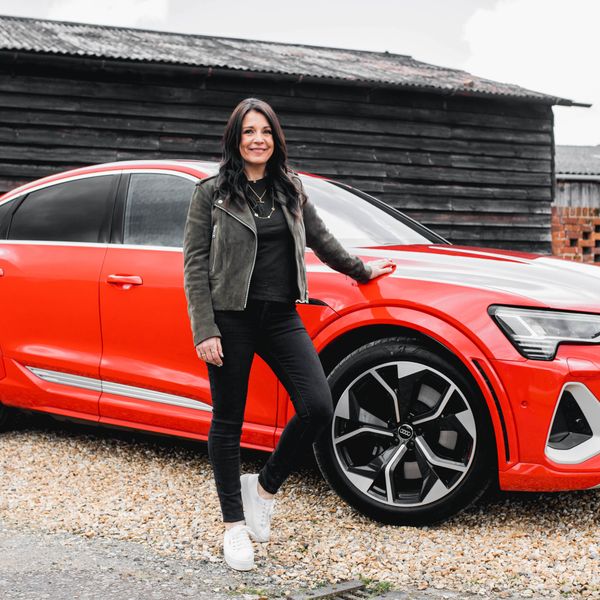 The FIVE things you need to know before buying an elect...

How to make sure an electric car is right for you, and all the things ... 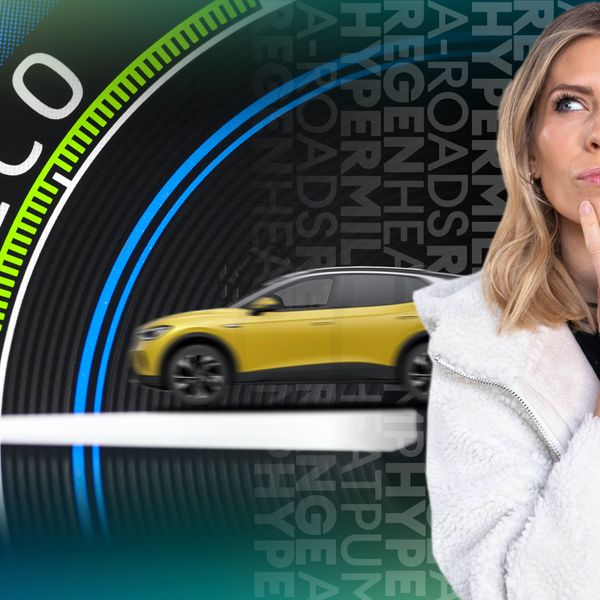 Electrifying Explains: Battery Range (and how to maximi... 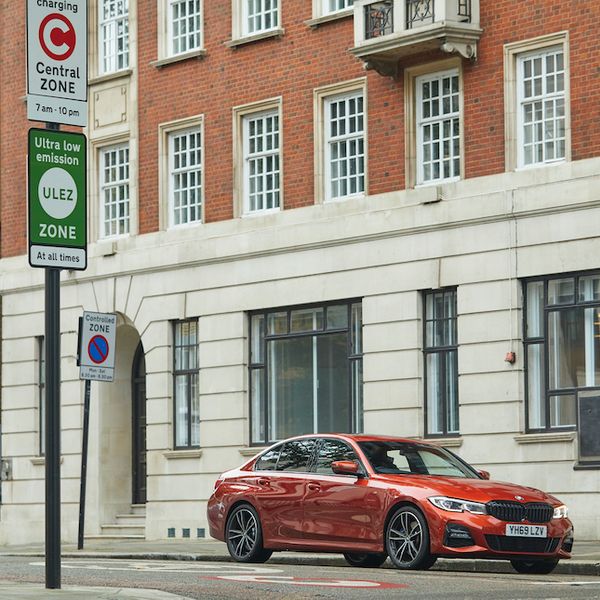 In the Zone - take charge, avoid the charges

Clean Air Zone charging regimes are coming to cities near you. Here’s ...