The Korando isn't the obvious choice, but it's refined, packed with equipment and very spacious inside. The warranty is impressive too. But it looks pricey compared to a MG ZS and can't match a Skoda Enyaq for overall appeal.​

“I can see how a SsangYong 4x4 might be a viable alternative for a buyer wanting a conventional diesel car for towing or driving on rough roads. But I can't see how an electric Korando makes sense at this price.”

“I don't want you to think I base ALL of my decisions on how a car looks, but the Korando is no beauty and the bits they've changed to make it electric actually make it look stranger. ” 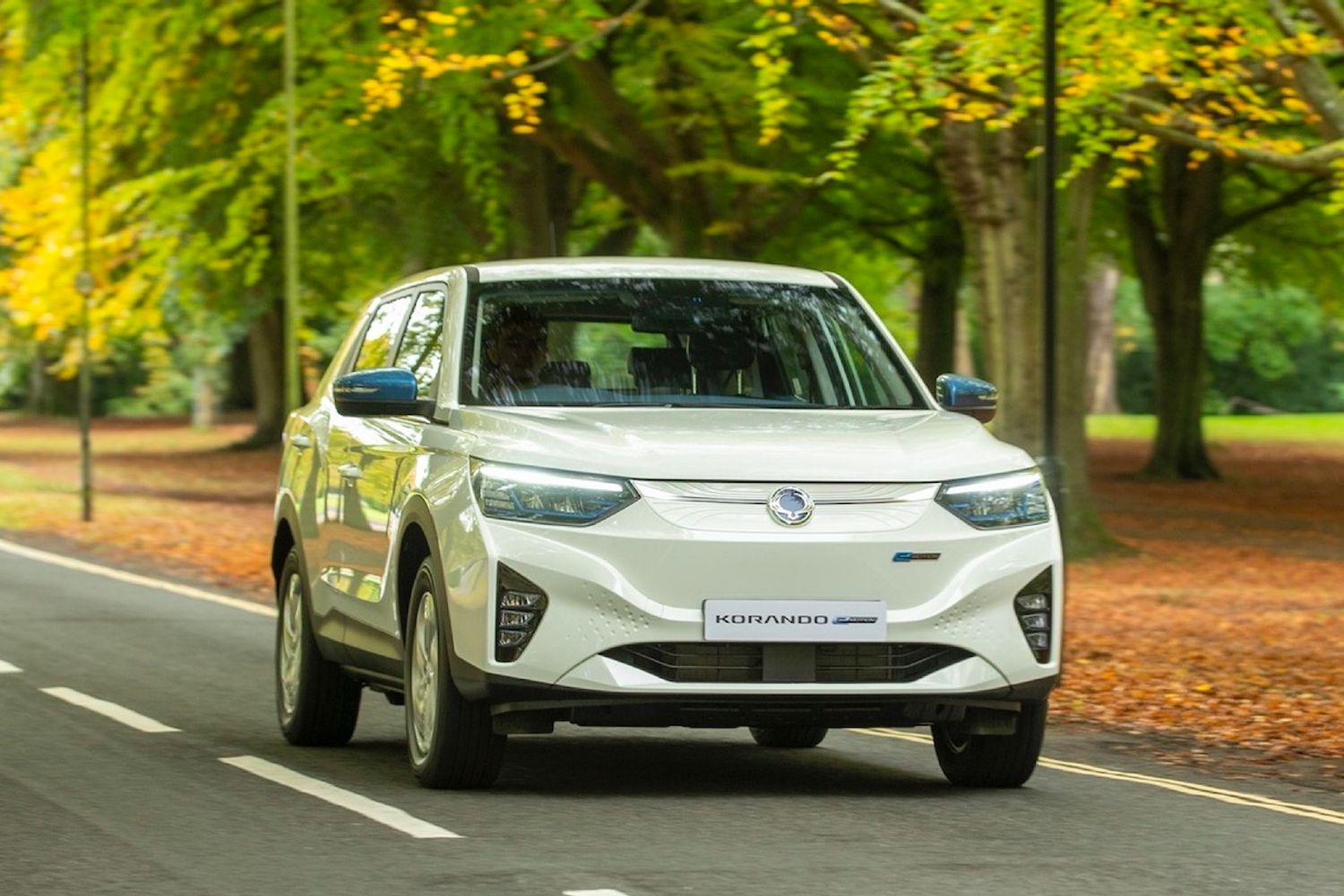 As time steadily ticks down to the 2030 ban on the sale of new petrol and diesel cars, you're going to be hearing more from carmakers launching their first ever electric cars.

The latest to embrace electricity is SsangYong. This South Korean car company has long stood at the sidelines of the UK car market, happily building rugged, reliable and not remotely flashy off-roaders for a group of loyal customers. SsangYong hopes to move things up a gear with the launch of its first ever electric car and start getting a bigger slice of the market.

An electric SsangYong has been mooted ever since the launch of the current Korando small SUV in 2019, but time has slipped by and no electric model ever arrived.

If the brand had made good on its promise to start off with, it would have stolen a march on a whole swathe of small electric SUVs, but now it has some stiff competition. The Korando e-Motion is a small, high-riding SUV with plenty of space inside, a 200-odd-mile range and is priced from £31,995.

The battery-powered Korando is not a bespoke new electric car, rather it's a derivative of the petrol and diesel-powered Korando, much like the Peugeot 2008 which also comes in petrol, diesel and pure-electric forms.

Like MG and Hyundai, SsangYong has chosen to alter the styling of the electric model to differentiate it from the petrol and diesel versions. So, at the front, there's a smooth panel where the grille would usually be. The rear bumper is a little more aerodynamic too, and there's a set of wind-cheating (but hardly flashy) 17-inch alloy wheels. The e-Motion also gets a different set of front and rear lights, and if that's not enough, there's an assortment of blue trim pieces.

The blue theme also carries over to the interior. The top of the dashboard and doors are in a pale shade and there are flashes of blue in the air vents, steering wheel trim and stitching. It adds a bit of colour to what is normally a sober interior.

Quality is decent enough, and the e-Motion gets a brand new 12.3-inch driver display with ultra crisp graphics and it can even mirror your smartphone's screen should you want it to. The screen is in sharp contrast to the central touchscreen that isn't the clearest or easiest to use, however.

Space is the e-Motion's trump card. At 4.5-metres, it's considerably longer than the MG ZS EV, Hyundai Kona Electric and Peugeot e-2008. This means there’s plenty of room in the front while six-foot passengers can easily stretch out thanks to tonnes of rear legroom.

The doors open wide and thanks to plenty of headroom, loading child seats should be a breeze. The boot is equally impressive – at 551 litres it's larger than nearly every other small electric SUV, and mid-spec models get a clever moveable boot floor that can hide charging cables and act as a divider to stop shopping flying around.

There's only one battery on offer, with a 61.5 kWh (55.3kWh useable) capacity powering the front wheels through a 188bhp electric motor. It gives the SsangYong a claimed 210-mile range, which is average at best when you consider the Hyundai Kona Electric manages up to 300 miles from a 64kWh battery, the MG has over 270 miles and the similarly-sized Renault Megane E-Tech Electric can eek out 292 miles from a 60kWh battery.

DC rapid charging can be done at a max charging speed of 100kW – again average rather than impressive. A 20-to-80% top up will take around half an hour which will be more than good enough for most buyers. That rises to 54 minutes from a 50kW charger while an overnight charge from a 7kW home wall box will take 11 hours.

While much of that sounds just okay rather than scintillating, the e-Motion does come with a scheduled charging feature, and mid-spec Ventura cars come with a charging cable thrown in – not always a guarantee, amazingly.

The best bit is that the range-topping Ultimate model comes with an energy-saving heat pump free of charge – that's a £1,000 option on a Volkswagen ID.3.

With 188bhp the e-Motion is actually the quickest Korando, in the range but don't go expecting Tesla-style acceleration. SsangYong hasn't given an official 0-62mph sprint time but we would guess it's around 8.5 seconds, which is more than quick enough.

Press the throttle and the e-Motion reacts fairly smartly in a progressive kind of way and isn't intimidating for those who've never driven an electric car before.

There's no 'b-mode' on the gearlever but there are three levels of recuperation controlled by the steering wheel-mounted paddles. In the lowest setting, the Korando happily glides along and carries on rolling when you take your foot off the throttle. The highest setting doesn't deliver Nissan Leaf-like one-pedal driving, which is a shame.

The Korando is a smooth car to drive around town, and is pleasant enough when you pick up the pace on a country road thanks to responsive steering and a slightly firm ride which gives good body control. But where the Korando e-Motion really impresses is with refinement. SsangYong has added a whole heap of sound deadening to the car and even changed some mechanical parts to reduce noise and vibrations, and it has really worked. It's eerily quiet, even at motorway speeds, and makes the Korando feel more expensive than it really is.

The Korando e-Motion arrives into one of the fiercely fought parts of the burgeoning electric car market with prices starting from £31,995 and rising to £37,995. That's hardly a bargain. The smaller MG ZS EV and Hyundai Kona Electric all have better ranges, and the Skoda Enyaq is just as big, but not quite as well equipped. But the Korando does have its merits. It's super refined, packed with equipment, covered by a long warranty and is very spacious inside. That alone could sway some family buyers.