I-Pace steps up with improvements to charging and infotainment

Jaguar has updated its I-Pace with faster charging capability, better ventilation and – at last - a better infotainment system.

The multi award-winning electric car can now be charged using a 22kW AC feed. These more powerful chargers use a three-phase electricity supply and are currently rare, but are expected to become more popular for public charging points at commercial premises over the next few months.

Compared to the previous 7kW maximum charging rate, the I-Pace can now take on enough battery power to travel 33 miles in an hour compared to the old car’s 22 miles. As before, the Jaguar can also be rapid charged at a DC unit with a maximum feed of 100kW.

While the upgraded charging is a welcome addition, it will be the new infotainment system which will be most celebrated by owners. The previous system was much criticised for being ponderous and outdated, especially when compared to rivals like Tesla.

The updated I-Pace uses a system called Pivi Pro, which Jaguar claims is as quick and easy to use as your smartphone. It includes a ‘self-learning’ navigation system which can show you where the nearest available charge station is, how much it will cost and how long it will take.

The system also includes an embedded SIM with a free 4G data plan, a ‘3D’ surround camera system for easier parking and an optional ‘ClearSight’ rear-view digital mirror, which uses a camera to give a better view behind the car. 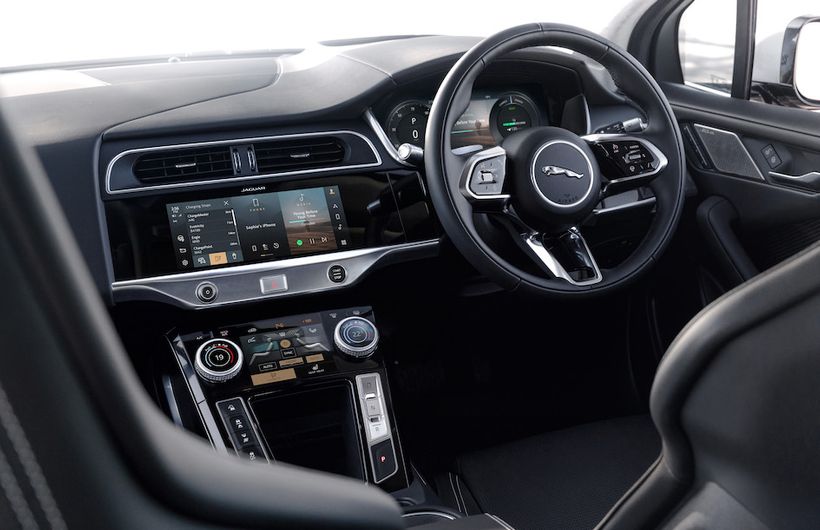 It’s not just the view from inside the I-Pace which will be improved – the air will be fresher too. An improved ventilation system with PM2.5 filtration – the same level as face masks - captures ultrafine particles and allergens. Using a smartphone app, the I-Pace can filter the cabin air before anyone gets inside.

The looks of the car have largely been left alone, with just minor tweaks and new colour options. A 19-inch wheel replaces the 18-inch wheels as standard equipment on the cheapest S models.

The I-Pace's looks have been left pretty much alone, but the price hasn't - it goes up by £700