Make the Mokes of summer with all-electric version of classic

The classic Mini Moke, made famous in the 1960’s Prisoner TV series and four James Bond films, has been reimagined as a fun electric car.

Originally designed by Sir Alec Issigonis (the engineer behind the original Mini and Morris Minor), the open-top Moke quickly gained cult status on the French Riviera, Australia and the Caribbean where its lack of weather protection wasn’t a problem. It was originally designed as a military vehicle but was never adopted by the Army.

A British company called MOKE International now owns the trademark and has reengineered the car to accept an electric powertrain. Details and specifics relating to battery size and performance are somewhat sketchy, but it is said to have a range of 75 miles and take around four hours to charge from a home wall box. Those figures would suggest the reborn MOKE will be offered a 24-30kWh battery pack. The top speed is thought to be limited to 50mph.

Customers in the UK will receive their new cars from June through MOKE’s official UK distributor, Hendy Group. This summer also sees the launch of a partnership with a country house estate called Beaverbrook, which will allow guests to rent a MOKE to explore the local area. Deliveries will start this summer in the UK and France, with a starting price of £29,150. 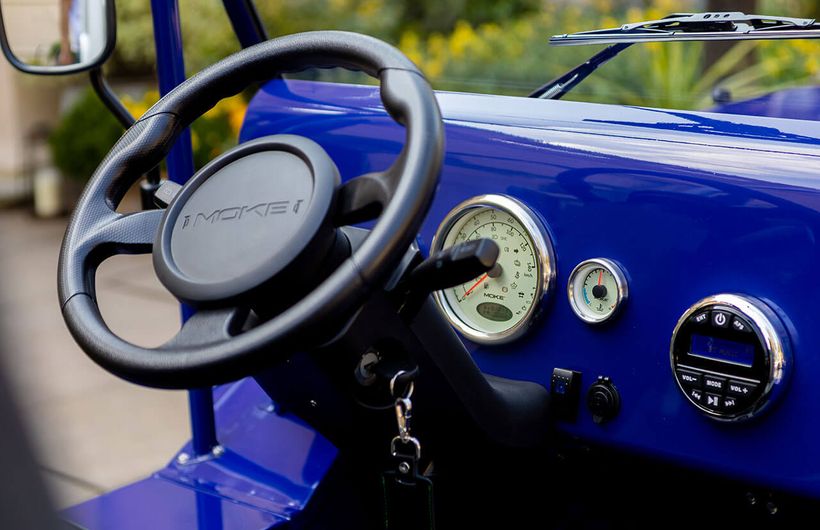 Don't expect luxury. Or shelter from the rain
Continue the conversation in the Electrifying forum