SKODA is updating its Enyaq SUV range following the unveiling of the new Coupe variant last month. The package of engineering and software tweaks, which are aimed at fine-tuning the charging and infotainment system, are being introduced immediately.

The most noticeable change is an increase in rapid charging speeds. The Enyaq 60 model (which comes with a 58kWh battery) can now rapid charge at 120kW, an increase of 20kW, while the higher spec Enyaq 80 (with 77kWh battery) can now charge at 135kW, an increase of 10kW. This moves the Enyaq into line with the Audi Q4 e-tron and Volkswagen ID.3 and ID.4 models (cars that share the same battery, motor and charging systems), all of which have recently received a charging speed increase.

Customers who opt for all-wheel drive Enyaq 80x models will also benefit from a new ‘Traction mode’. Activated via the driving mode screen on the infotainment system, Traction mode increases ASR (Anti-Slip regulation) and provides optimal drive distribution between the front and rear axle. SKODA is also introducing a new Battery Care Mode.  Controlled via the infotainment screen, its has been designed to set the optimal charging settings for extending the life of the battery. When activated the next charging process will charge to a maximum of 80%.

The graphic displays of the infotainment system, which came in for criticism on early cars, have also been updated to deliver even more information to drivers. Drivers using the navigation system will be able to see an estimated battery level on arrival when a destination is programmed. The charging screen has been redesigned to show more information plus extra functionality including AC charge options, predefined charging and preconditioning for the cabin.

Finally, SKODA has updated the optional Assisted Drive Package Plus with Travel Assist. The new version includes Narrow Lane Assist where the car recognises temporary yellow lines, barriers and cars in the next lane and guides the car through narrowed spaces. In addition, the steering wheel travel assist button will now allow drivers to toggle between travel assist modes as well as activating and de-activating the system. When the vehicle is started again the last mode used will be active.

While the changes are almost entirely software based, SKODA has yet to confirm when these features will be offered to existing owners. Electrifying.com understands that existing cars will be able to receive updates when Over The Air (OTA) software updates are introduced later this year. 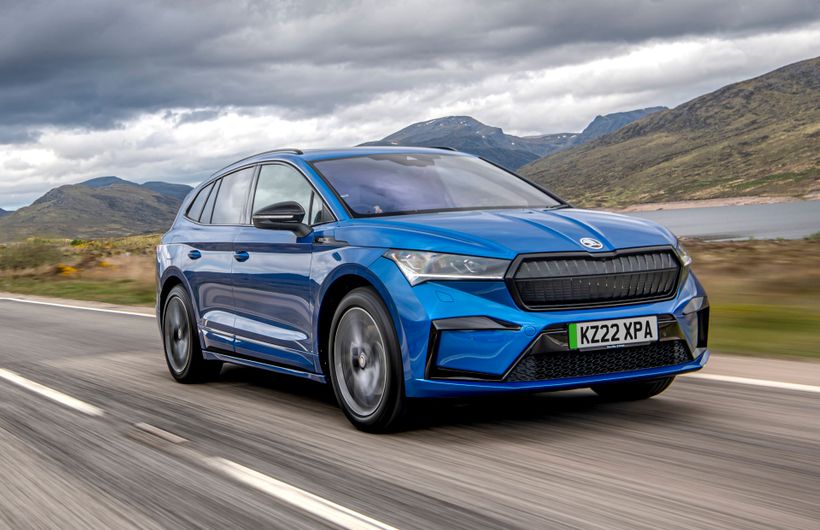