It might have a name that looks as though a cat walked across a keyboard at Toyota HQ, but the new bZ4x is the Japanese giant’s first ever, purpose-built battery electric car.

Officially on sale in early December, first deliveries of the bZ4x will start next year. According to Toyota, which has been an advocate of so called ‘self-charging’ hybrid petrol engines, the bZ4x will be the first in a new range of all-electric Toyota models that aim to capitalise on the growing market for battery electric cars.

Toyota has confirmed that productions models will be fitted with a 71.4kWh battery that is expected to deliver a driving range of more than 280 miles (the vehicle hasn’t been given an official WLTP figure yet). Interestingly, all models will be equipped with a heat pump (a device that helps minimise battery drain in cold conditions) as standard, along with a roof-mounted solar panel that could add extra charge on sunny days. 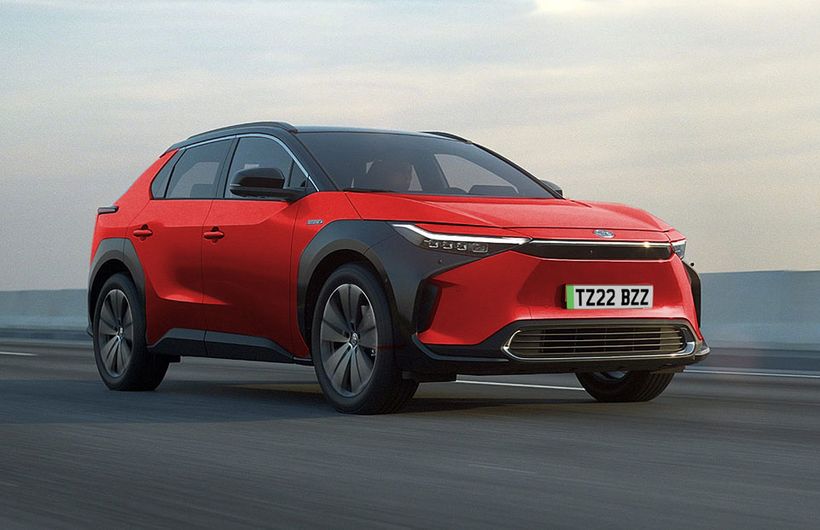 New bZ4x will be similar in size to the RAV4, but will offer much more interior space

In terms of charging speeds, the bZ4x looks to be on par with class rivals, which may come as a disappointment to those hoping that the Japanese giant would have developed a high-voltage, ultra-rapid charging system to rival Hyundai and Kia. Toyota claims that the bZ4x can charge at up to 150kW and can reach a 70% charge in around 30 minutes on a DC rapid charger (150kW+). The car will initially be sold with a lowly 6.6kW AC on-board charger with a more powerful three-phase 11kW charger set to follow from Q4 2022. The bZ4x will be the first Toyota full electric car to equipped with a CCS charging port. The Toyota Group’s only other battery electric car, the Lexus ux300e features a CHADeMO rapid charging port, so this marks a change in direction for the brand.

The bZ4x will be offered with either front or all-wheel drive with power outputs of 201bhp and 214bhp respectively. The front-wheel drive model can sprint from 0-62mph in 8.4 seconds while the all-wheel drive models can perform the same feat in 7.7 seconds. The system offers the option of one-pedal driving with a boost in the braking energy regeneration that lets the driver accelerate and slow the vehicle using only the throttle pedal.

Toyota worked with its development partner Subaru to develop the bZ4x’s all-wheel drive system which, according to Toyota, gives the bZ4X genuine, class-leading SUV off-road driving ability. The AWD model features separate 80 kW motors driving the front and rear axles. XMODE with its different drive modes can also be selected to suit the conditions with settings for snow/mud; deep snow and mud (below 15mph); and Grip Control for tougher off-road driving (below 6mph).

The bZ4X is the first car to be built on the company’s new dedicated BEV platform developed with Subaru. This platform has the flexibility to be used for potential future bZ models and is designed for production at scale. One of the technical highlights of the design is a slim battery pack that is located fully beneath the vehicle floor and forms part of the chassis, helping achieve a low centre of gravity, ideal front/rear weight balance and high body rigidity.

While Toyota has revealed a range of technical information relating to the bZ4x, prices and final equipment levels have yet to be announced. Given the battery size and derive technology, we would expect an entry price of around £40,000 for the front-wheel drive model and £45,000 for the AWD model. 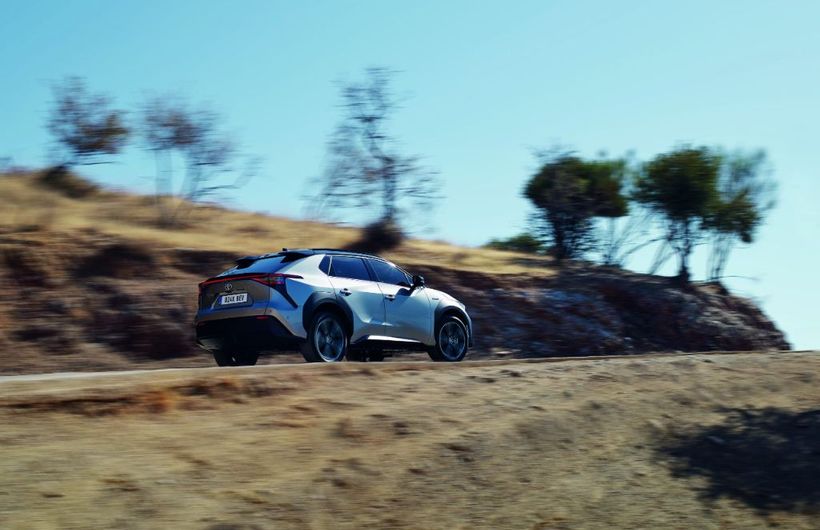 bZ4x will be fitted with a 71.4kWh battery that promises a range of around 280 miles
Continue the conversation in the Electrifying forum