What could go wrong with an electric car?

Compared to a petrol or diesel car, electric cars are mechanically pretty simple. Where an internal combustion engine car has thousands of parts in the engine, gearbox and exhaust system, electric cars are effectively a giant battery, a motor (or two) and a whole load of cables to connect everything up. In fact the whole ‘drivetrain’ of an electric car – which is basically the bits between the battery and the wheels – consists of around 20 moving parts.

As a result, electric cars are generally less likely to suffer a breakdown than an internal combustion engined car. Which is great news if you’re planning on making the switch to electric and want to minimise the chance of spending time at the side of the road with a breakdown.

That said, no car is completely immune to bad luck and even the simplest of electric cars can fall foul of the motoring gods from time to time. If you’re the kind of driver who likes to know all the potential pitfalls, or just want to know what the breakdown risks are for electric cars compared to a traditional petrol or diesel car, we’re here to help. Together with Green Flag, we’ve looked into six common problems that can affect electric cars.

It might come as a surprise to learn that an electric car needs an old-fashioned 12 volt battery. Given that the main power pack in your car can store enough energy to supply your house for a few days, it seems strange that they remain part of the car's design. But there is a logic as to why your electric car still has a 12 volt system. The main battery (called the traction battery) sends energy to the motors at a high voltage (between 400 and 800 volts). But almost all the electrical devices on your car, from the horn to the windscreen wipers, work on a 12 volt system. In the very rare event of the traction battery shutting down, all cars need a back-up system to ensure that systems like the door locks and safety systems are operational.

In a traditional car, a device called an alternator would use the engine to send charge back to the battery to keep it fully charged. In an electric car, this is done by a converter that draws power from the main traction battery. Car makers want to use as much of the energy stored in a traction battery for driving the wheels, so try and reduce the amount of power going to the 12 volt to an absolute minimum.

Problems tend to occur when the car’s software starts to tie itself up in knots. All modern cars (not just electric cars) are constantly connected to the web via an eSIM which connects to the mobile phone network. This uses a small amount of power - as do systems such as alarms. As a result, electric cars never actually stop consuming energy. Things usually go wrong when one of the car’s software systems remains active or doesn’t shut down when the car is turned off. If you’ve ever had to force-restart your phone because it was getting hot or draining the battery, that’s the same thing.

The good news is that getting you moving again is pretty simple. All electric cars can be jump started (although it’s always best to let the experts like those at Green Flag to perform this). In most cases, the drained 12 volt battery is a one-off, but there have been a number of cases where cars have needed a software update to prevent it happening.

For safety reasons, charge connectors have a locking device that engages whenever energy is flowing from the charger to your car. It also stops anyone from removing the cable from your car while you’re away from the car.

But, on rare occasions, the ‘handshake’ between your car and the charger can get confused. When this happens, the locking pin remains in place and the connector remains attached to your car. In most instances there is a way to fix it. Firstly, you can try locking and unlocking the car. This sends a signal to the charger that the car is ready to release. If you’re connected to your home wallbox, try resetting the connector by switching it off and on at your fusebox (home chargers always have a separate circuit with a circuit breaker).

If these easy fixes don’t work, electric cars will usually have a manual release cable. You’ll need to consult your manual to find out where it is on your specific car, but once you’ve located it, a quick pull should release the cable lock. And as with all problems, if you want to attempt to fix something yourself, it’s best to give your breakdown service such as Green Flag a call for advice, or just let the experts get you back on the road.

Even careful drivers can pick up a puncture, and electric cars don't have spares

A puncture is something even the most prepared and careful drivers can’t avoid. Like most new cars, the vast majority of electric cars don’t come with spare wheels. So for many drivers, the option to change wheels simply isn’t there. Some car makers include tyre foam that can be used to plug small holes, but these can be hit and miss in terms of being able to create an air-tight seal. Before attempting to use one of these repair kits, it’s advisable to check with your breakdown provider too, as some might not recover your car if you have already attempted a repair.

Besides punctures, there’s the wear. Although electric cars are fitted with the same sort of tyres as normal petrol and diesel cars, they do tend to wear out faster. That’s usually because electric cars typically weigh more than petrol and diesel cars and are capable of accelerating much faster. This means it’s essential that owners check tread depth regularly, especially as a tyre with low levels of tread is more susceptible to punctures. 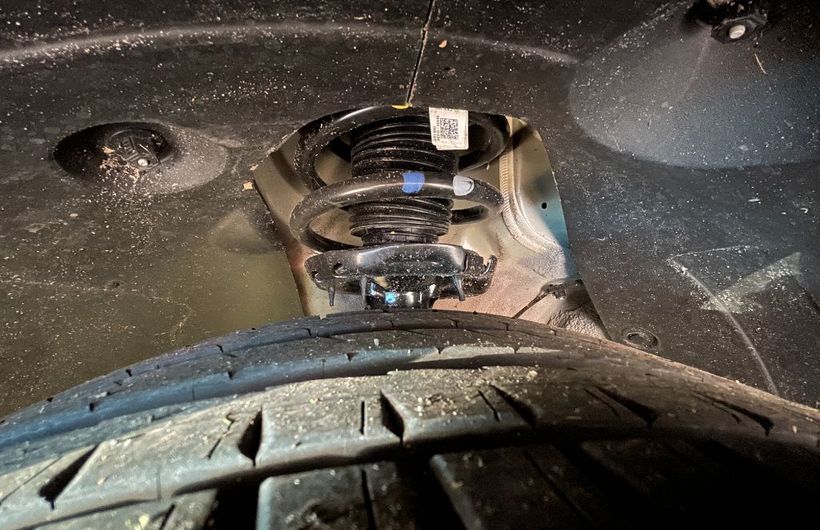 Electric cars are great, but in general, they are heavier than their petrol and diesel-engined equivalents. For example, a Volkswagen ID.3 tips the scales at around 1,900kg, while a Golf is around half a ton lighter at 1,400kg. This extra weight means that suspension components have to work harder to reduce movements in the body of the car.

Every time you drive over a bump, your car’s springs, shock absorbers and bushes all combine to make sure you don’t feel it inside the car. In a heavy car, shock absorbers have a tougher time and can wear out faster. If you notice any unusual noises or find that your car feels particularly bouncy, this can mean that your shock absorbers or other parts of the suspension may need replacing.

Get chips fixed quickly before they turn into a crack

Electric cars designed from the ground up to be battery powered tend to have very large windscreens. That’s usually due to the fact that the bonnet area is usually much shorter on an electric car because it’s not covering a traditional engine. The downside is that a larger windscreen is much more susceptible to stone chips and damage.

Bigger screens are also more expensive, so if you don’t have windscreen cover on your insurance, you could be facing a big bill if you have to fix it. If you see a chip, it’s best to get a ‘smart repair’ as soon as possible before it turns into a crack. These involve filling the damage with an invisible resin which will prevent the damage spreading. 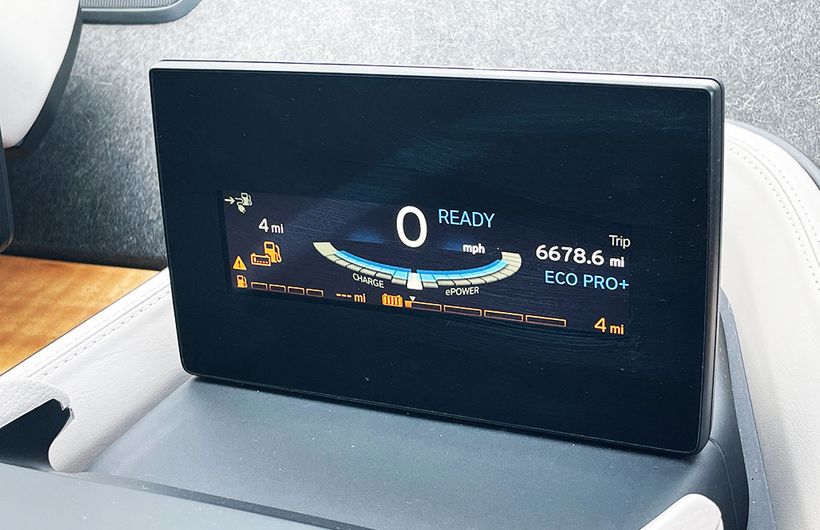 6) Running out of charge

Getting stuck at the side of the road with a flat battery is one of the main worries voiced by drivers looking to make the switch to electric. However, statistically very few electric car breakdowns are caused by empty batteries and the number is shrinking all the time as batteries get bigger and the charging infrastructure improves.

If it does happen to you, the good news is that help is just a phone call away. Green Flag, for example, will be able to recover your car and take you to the nearest working charge point. After a top-up, you’ll be back on the road again.