Become an electric racing expert with electrifying.com's guide to the what, where and why of motorsport’s fastest growing series 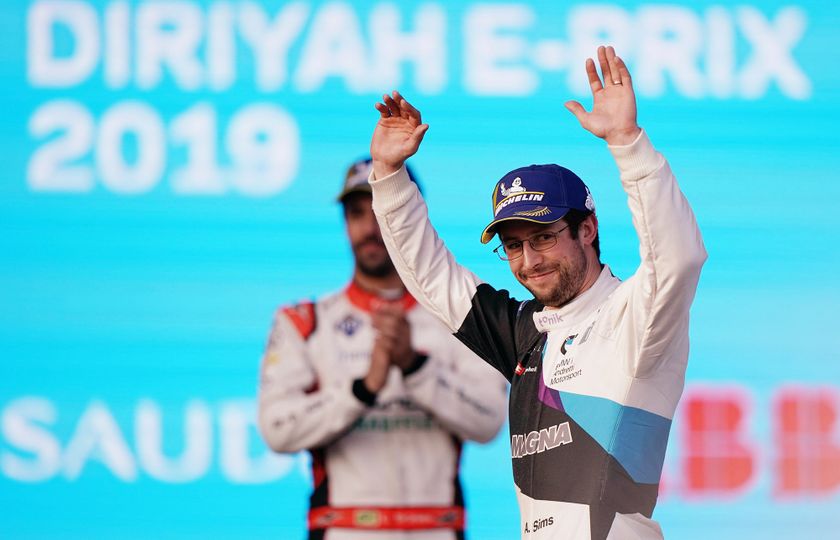 What is Formula E?

In the simplest terms, Formula E is an international car racing championship that uses electric cars instead of traditional petrol-powered ones. There are 12 teams, all of which have two cars and two drivers. This season (the sixth since it started) consists of 14 races in 12 countries. Drivers and teams score points according to where they finish in each race, and the aim is to finish the season with the highest points. The current season started last December and finishes in July.

How does a Formula E car differ from a Formula One car?

At first glance, Formula E cars look pretty much like Formula One machines: long and pointy and covered with names you’ve never heard of. Look closer, though, and there are some pretty major differences. Formula E cars are built from the ground up as fully electric vehicles. Where an F1 car has an engine, fuel tank and a hybrid system under its bodywork, a Formula E car has a battery pack, transmission and electric motor.

Unlike Formula One, where teams are required (at colossal expense) to develop their own chassis (the basic structure of the car) engines and transmissions, all Formula E cars use a standard chassis and battery pack. Formula E teams can design their own powertrain, which includes the motor, transmission, inverter (a device that converts DC power to AC power) and rear suspension.

Tyres are another area where the two cars differ. Where Formula One uses slick tyres, Formula E cars use Michelin Pilot Sport all-weather tyres with treads like you’d find on a road car. By using these tyres, Michelin doesn’t need to freight hundreds of extra tyres to each event. The same tyres are used whether it’s raining or dry. 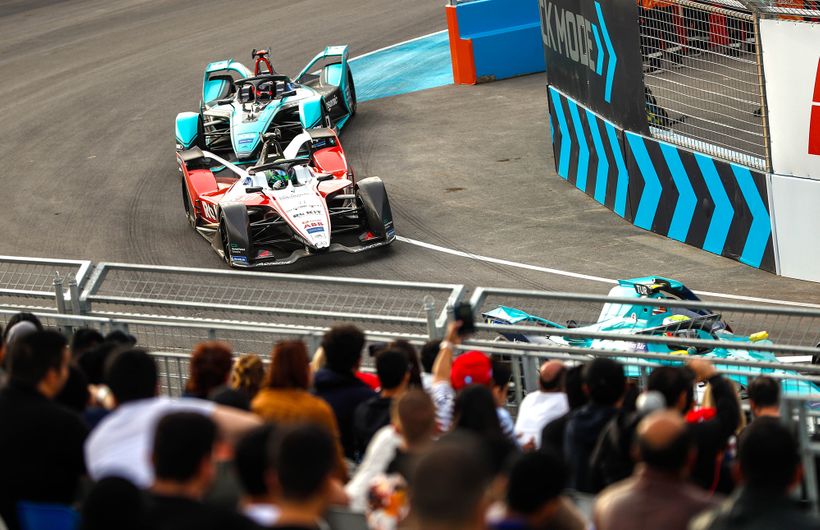 Where do they race?

Although there are a couple of international tracks that host both Formula E and Formula 1, the series takes advantage of its zero-emissions credentials by staging most of its races on temporary circuits located in city centres.

For the current 2019-2020 season, the races include a British E-Prix that will take place around London’s iconic Royal Docks and ExCeL London exhibition centre, along with an Italian E-Prix that will see drivers battling it out around the streets of Rome.

Are the circuits the only difference between Formula E and Formula One?

No - the races themselves are quite different. Each one lasts for 45 minutes rather than a set number of laps. When 45 minutes has elapsed, the drivers must do one final lap. Drivers and teams need to manage their batteries so that they’re left with enough power to complete the race. The levels of charge are shown to television viewers throughout the race, so the audience can see who will need to slow down and who has charge in reserve.

Formula E also features something called Attack Mode. Attack Mode is a power boost system introduced for the first time last season (2018/19). In simple terms, it gives drivers a temporary power boost of an extra 35kW to help them power past the cars ahead. To activate Attack Mode, drivers need to arm their car by driving through an Activation Zone marked on the track.

To keep teams on their toes, the race organisers only reveal how many times the mode will be activated, how long the mode will last for and the minimum number of times drivers must use it 60 minutes before the race.

Another unusual feature of all Formula E races is Fanboost, which gives fans the opportunity to vote for their favourite driver and award them an extra boost of power during the race. Fans vote for the driver they like the most by using twitter hashtags or the Formula E website. The five drivers with the most Fanboost votes are awarded a significant burst of power, which they can deploy in a five second window during the second half of the race. 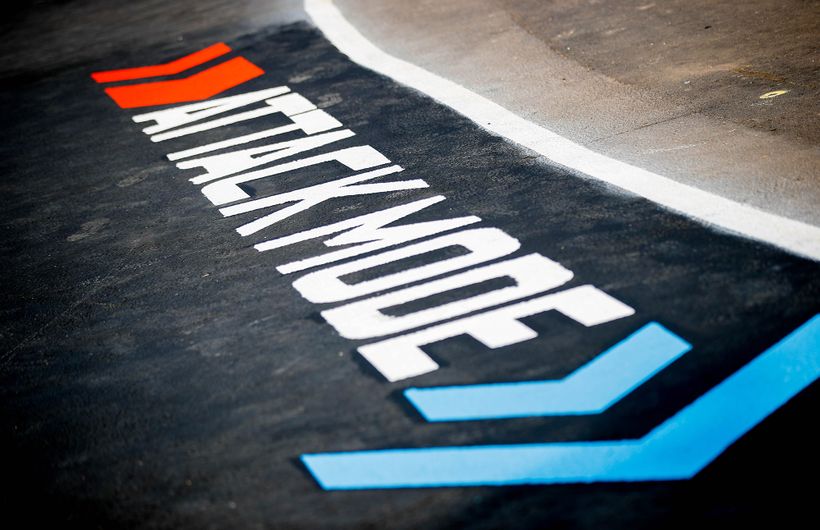 Not quite. Despite being an electric car racing series that promotes the adoption of EVs, Formula E as a championship still has a weighty carbon footprint. Last season, for example, the entire championship had a carbon footprint of 45,000 tCO2-eq*. According to Formula E’s official figures, 72 per cent of this total came from freighting teams and race infrastructure around the world. Staff travel accounted for 14 per cent, while spectator travel (six percent), event food and beverages (four percent), event operations (three percent) and car production (one percent) accounted for the rest. In coming years, the series is looking to move freight to lower carbon methods including boats and trains. Even catering is being changed to provide teams and spectators with food with lower carbon footprints. 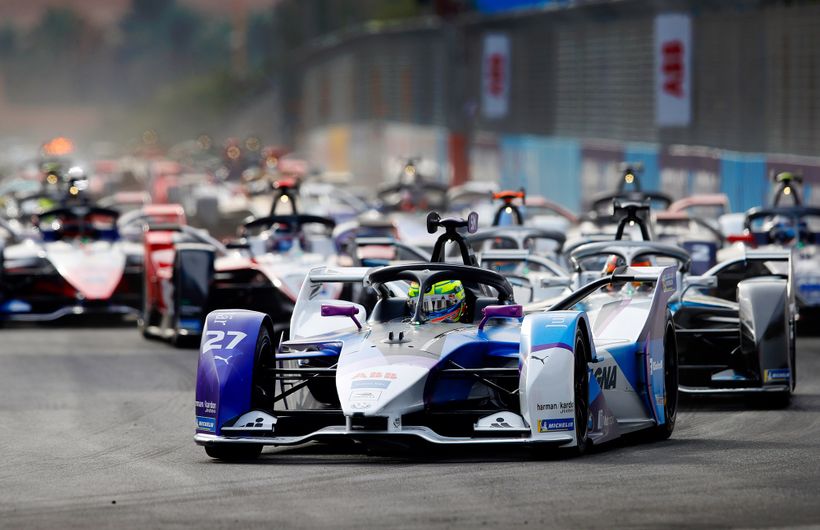 You’ve won me over - where can I watch it?

If you’re in the UK, you have three options. All rounds of season six will be shown live on the BBC’s online platforms: BBC iPlayer, the Red Button service and the BBC Sport website. Two races; the Marrakesh E-Prix on February 29 and the Rome E-Prix on April 4 will be on free-to-air TV. Races will also be shown live on Eurosport and the Eurosport app. Fans can also watch every race on Formula E’s YouTube channel for free. 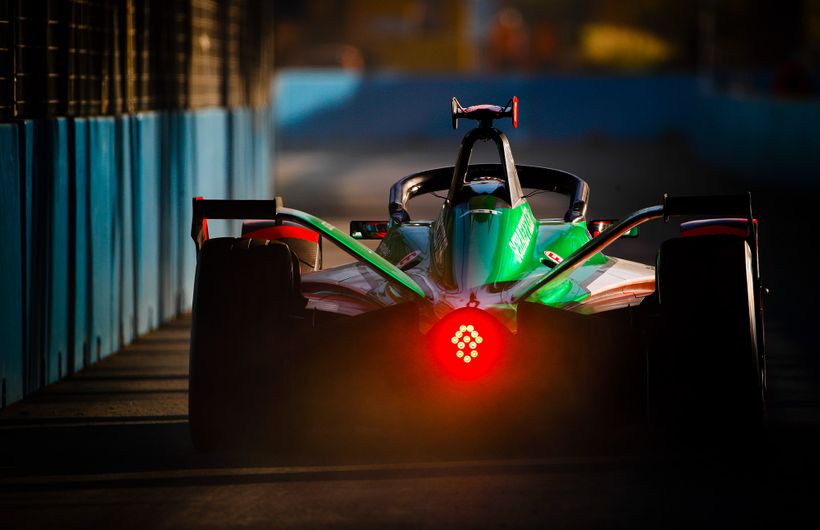