Audi has played it safe with its first electric car. It's simply another of its high quality, signature SUVs that happens to be powered by electricity.

“Many people will love the way the e-tron looks, it’s first and foremost a luxurious Audi SUV, but others will wish it makes more of a statement. Personally I fall into the later camp, although I’m impressed by how refined and comfortable it is to drive.”

“Another one of those big-manufacturer EV SUVs that tries very hard not to offend. Not as sporty as a Jag iPace, the e-Tron is for Audi SUV owners who don’t want to be intellectually challenged. It’s a good car - just not a revolutionary electric SUV.” 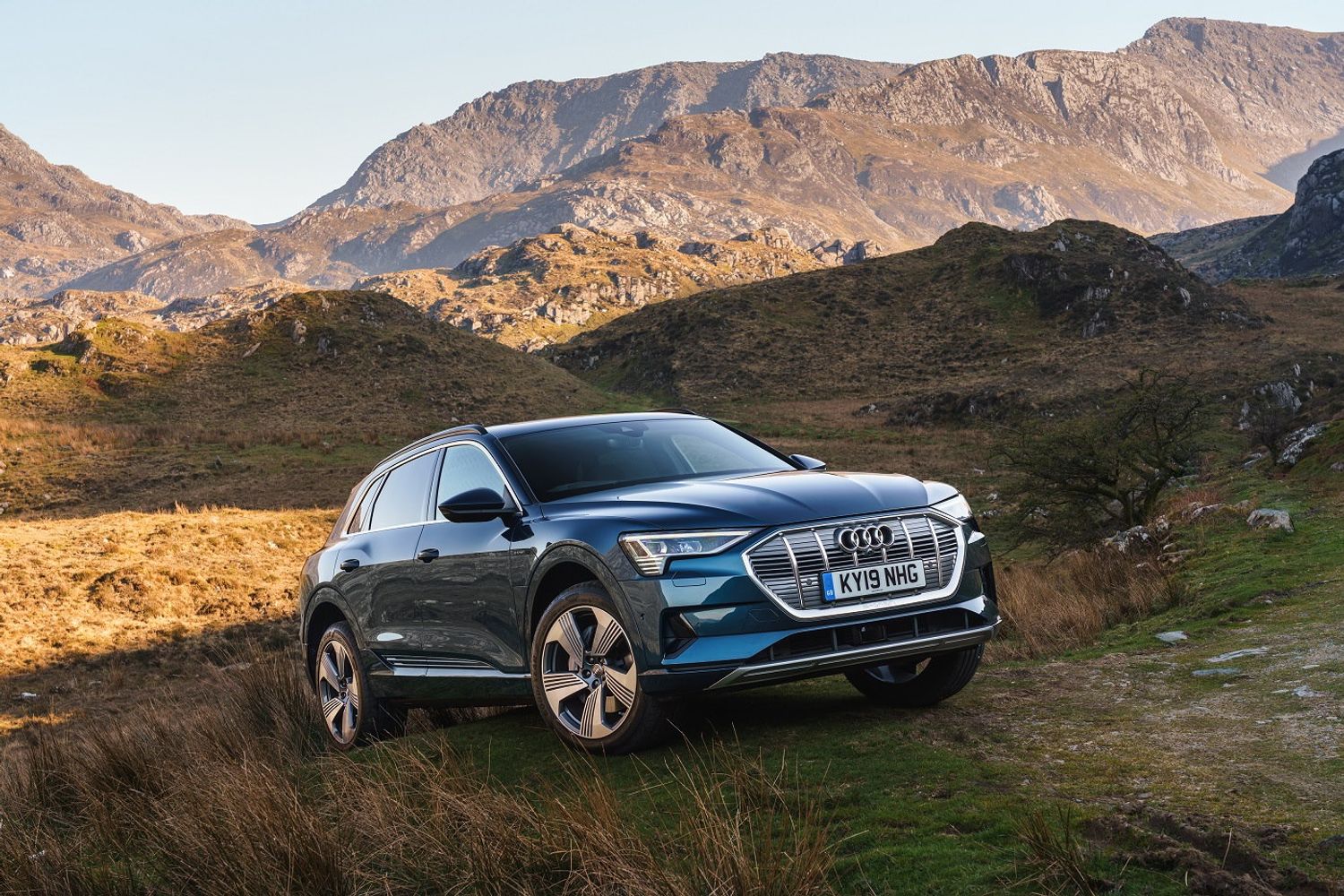 The e-tron has a big battery but the car isn’t the most efficient. It is capable of being super-fast charged though.

Now the 55 has been discontinued, there are two versions of the e-tron available. The cheaper standard model uses a 71kWh battery which gives a range of 182 miles, while the faster 'S' models get a bigger 95kWh pack and a longer range of 223 miles.

The mathematicians among you will notice that that's a 33% bigger battery but only gives you 22.5% more range. That's because the S is heavier and has bigger wheels and tyres, which create more friction on the road.

The e-tron's biggest 95kWh battery is pretty huge by electric car standards – it’s more than double the capacity of a standard Nissan Leaf’s power pack for example. It is mounted underneath the floor to give a lower centre of gravity, making the e-tron feel more stable than a conventional SUV.

The battery is liquid cooled too, which has big benefits for charging times. Whereas some cars will cut the speed at which they can be charged if the battery starts to overheat, the Audi’s cooling system keeps the temperature in check and means it can take charge at up to 150kW.

The e-tron makes charging really simple. The car is supplied with three cables which can be used at public or workplace charging points and allow the battery to be topped up at a rate of 11kW if available. Most public and home points are currently 7kW, although this is expected to change in the future, if your house wiring is up to it. Audi even provides a three-pin domestic plug, although a full charge using this would take almost two days!

At the other end of the scale, the e-tron is able to accept the new super-fast chargers which feed the battery at 150kW, making it possible to take the level to 80% in under 30 minutes and upto 100% within 50 minutes.

« ReviewPracticality »
Own an Audi e-tron or looking to buy? Tell us about your experience