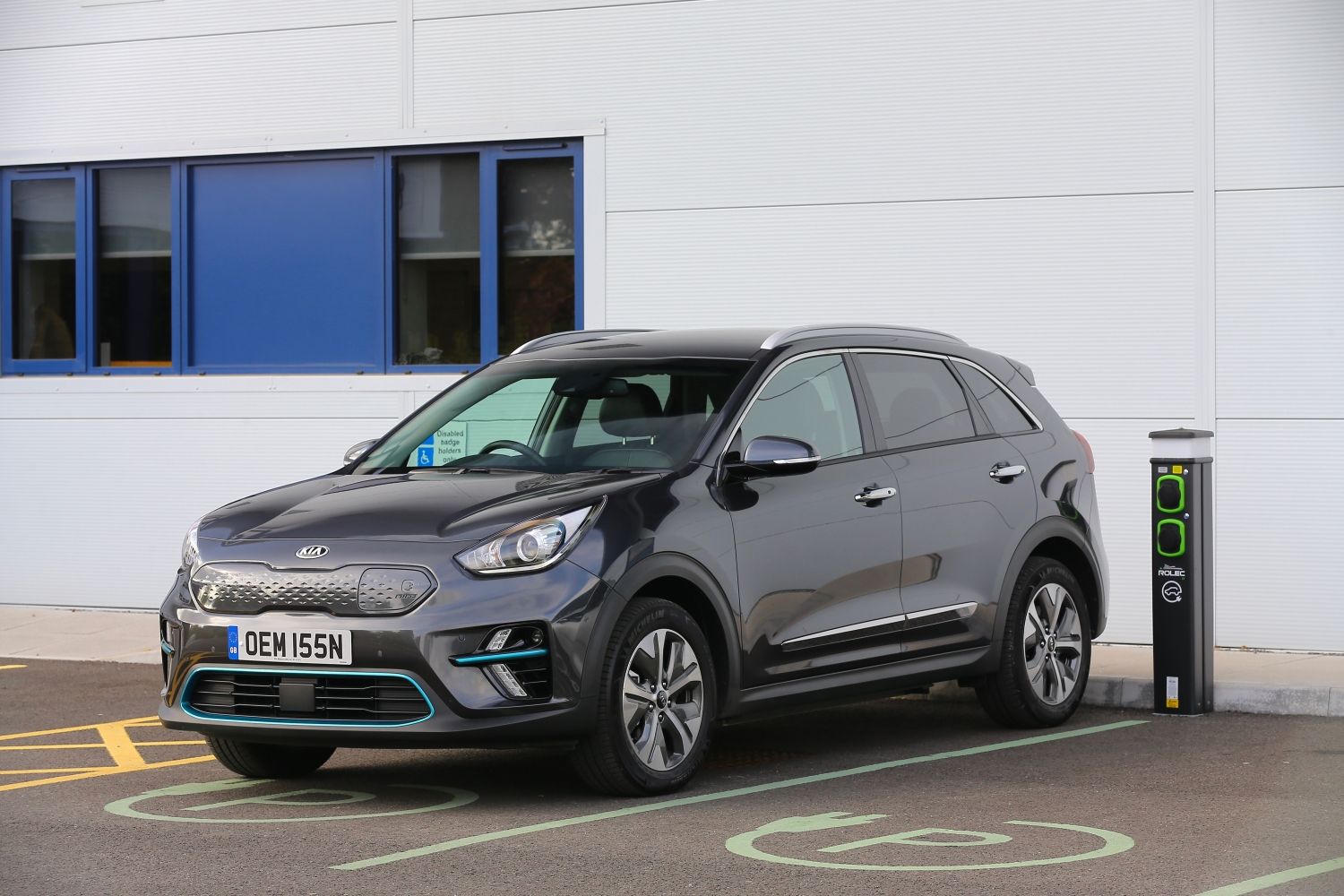 With a realistic 250+ mile range, the e-Niro can go far enough on a charge to convince anyone to go electric.

When the Kia e-Niro was first announced, its 282-mile range was enough to cause real waves in the electric car world. It was a comparatively affordable car which had enough range to drive from Oxford to Newcastle on a single charge. It’s more than likely that your bladder will need to stop before the car does. That sort of range could only be matched by far more expensive cars such as the Jaguar I-Pace and Tesla Model S.

Since then, the e-Niro’s rivals have been (sort of) catching up with bigger batteries and more impressive ranges, notably the Nissan Leaf +e with a 62kWh powerpack and a 239-mile range. It’s still an impressive total though.

If you don't need that much range, you can always opt for the smaller 39kWh version which is capable of a still-impressive 180 miles.

The e-Niro’s battery pack is really the star of the show; to find a car with more capacity you really have to move up to the prestige brands and buy a long-range Tesla, Jaguar I-Pace, Mercedes EQC or an Audi e-tron. It’s almost twice the size of the battery in a VW e-UP!

There's also a smaller battery option with 39kWh if you don't need all the range of the bigger pack.

It’s pretty advanced too, using lithium-ion polymer which is considered state-of-the-art for cars. It’s mounted under the floor, between the front and rear wheels, to keep it out of the way and safe in an accident. It means the floor is higher than you might expect, but sitting high feels fine when in an SUV-style car like this.

To keep the battery working properly and at the optimum temperature it has a heating and cooling system which keeps the heat away when the car is being fast charged or driven hard, or warms it up when the weather is a bit chilly.

The e-Niro’s battery is big enough that most people won’t need to charge every day, in fact many owners will be able to do a week of average commuting before needing to plug in. That might make it a practical proposition for drivers who have no off-street parking, as it would be easy to potter about all week and then attach the car to a rapid charging unit while shopping or at the gym.

Connect it to one of the newer 100kW DC units and the battery will get to 80 per cent in 54 minutes, or 75 minutes using one of the older, more common 50kW DC chargers. Plug in at home or work and you’ll notice that this is a big-capacity battery which takes a bit of time to ‘fill up’ though - with a 7.2kW AC connection it’ll take nearly 10 hours.

On the plus side, Kia is quite generous with the cable it supplies as standard, even throwing in a standard three-pin ‘granny’ lead to allow the car to be connected to a domestic socket.