Fiat has announced the removal of all non-electrified vehicles from sale in the UK from 1st July 2022. The Italian firm will offer only battery electric and hybrid models in its range as it aims to transform its line-up to all-electric.

Fiat’s hybrid range consists of updated versions of the previous-generation 500 and Panda. Both feature a new 1.0-litre normally aspirated petrol engine paired with a 12-volt belt-integrated starter generator and an 11Ah battery. The brand also sells mild hybrid versions of its 500X and Tipo.

Fiat’s next fully electric car is expected to be a new-generation Panda which, like the new 500, will be battery-powered only. The model will be heavily influenced by the well-received Centoventi concept car and could be offered an entry level electric offering below the current 500.

The brand is understood to have already signed off three other models, including a supermini-sized car based on the same platform and running gear as the Peugeot 208 and Vauxhall Corsa. Boss Olivier François has stated that Fiat will be 100% electric by 2027. 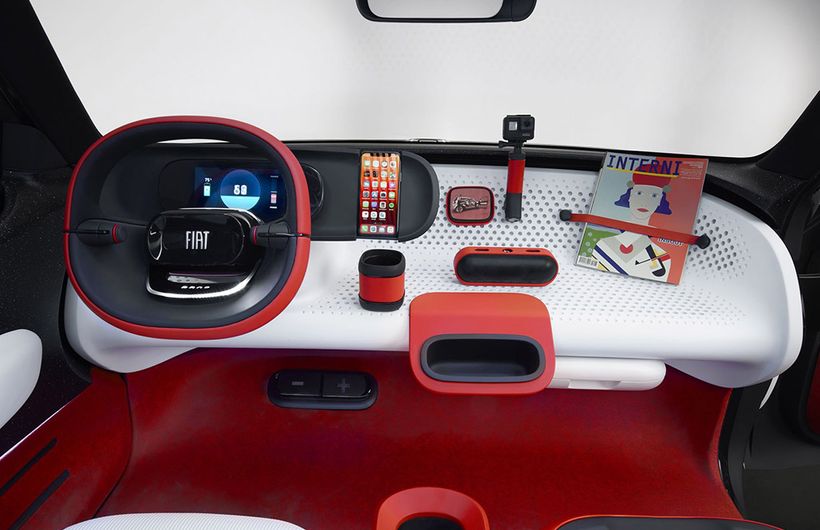 2019 Fiat Centoventi concept car is likely to inspire the look of the new, all-electric Panda
Continue the conversation in the Electrifying forum