Fiat bosses are planning to develop its sporting Abarth sub-brand following the launch of the Abarth 500e. The plans will see a higher performance evolution of the Fiat 500-based model, an Abarth version of the forthcoming Panda and could potentially extend to a bespoke, low volume model in the form of a rebooted X19 coupe.

Speaking to Electrifying.com and other media guests at the unveiling of the Abarth 500e, Fiat CEO Olivier Francois confirmed that he was considering a number of options for Abarth, which he wants to develop in the same way that Cupra has for parent brand SEAT.  Initial plans involve an even sportier version of the Abarth 500e. Although gaining more performance will require a further development of the battery and motor system, Francois wants the electric Abarth 500 range to mirror that of the petrol-powered models by offering buyers a number of different power outputs. A rear-wheel drive version is technically possible, and would forge a strong link to the original models, but isn’t thought to be a priority given the limited market and high development costs.

Fiat’s forthcoming, all-electric Panda is expected to spawn an Abarth version with boss Francois confident that it would be a success with buyers. “There’s something super Italian, something super unexpected about a Panda Abarth. As an electric car would work.“ Francois commented. Fiat is expected to reveal its all-new, all-electric Panda next year and is likely to be a production version of the well-received Centoventi concept car first shown in 2019. Set to be Fiat’s entry-level offering, the new Panda will sit below the current 500 with bosses targeting a £20,000 price tag.

Another option under consideration is a bespoke model built on the Stellantis Group’s future architecture. Although the brand’s current platforms have been designed to accommodate both internal combustion and electric drivetrains, a new set of electric-only underpinnings known as STLA (or Stella) platforms will launched next year. These will dramatically reduce the cost and complexity of building new models, opening the door for low-volume specials.

“A very tempting option is to built an Abarth stand-alone. A car that is only Abarth. It could be fun, no? It could look like an X1/9” explained Francois, referencing the classic mid-engined Fiat coupe first seen in 1972. 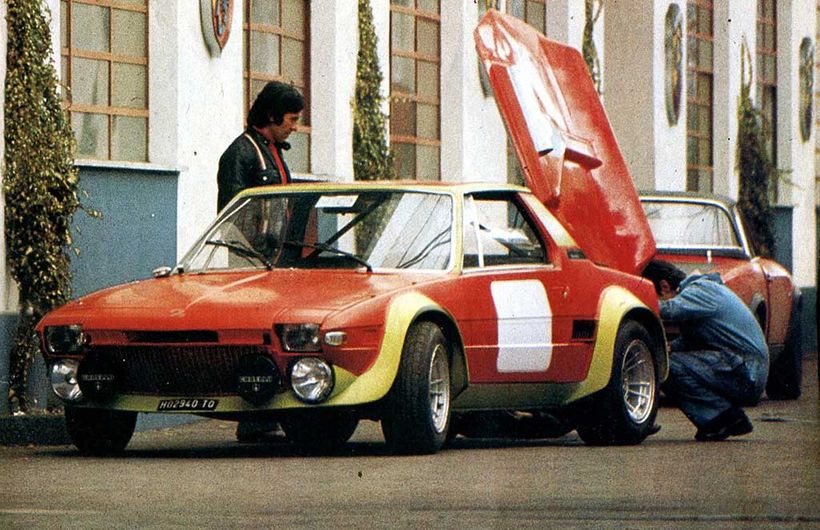 Abarth could build a low volume special, such as a reborn X1/9 on a new Stellantis platform

However, Francois added a note of caution, explaining that even with the flexibility of the new STLA platforms, the size of the market could still prove a stumbling block. “It’s very challenging in terms of numbers. You don’t want to invest in a car that is going to sell less than 100,000 units a year. But you can make a sort of low volume car - like an Alfa 8C. And that’s feasible, we could do that. But then I’d have to price it like a Maserati and this is not Abarth. It’s super-nice for brand guys, but not super-smart in terms of economics.”

Styled by design legend Marcello Gandini, the X1/9 has a strong connection with the Abarth brand. A rally version was developed as a replacement for the Abarth 124 competition car, but was shelved after Fiat opted to use the 131 Abarth instead.