One of four new all-electric Ford Pro models being launched in Europe by 2024, the E-Tourneo Custom is aimed at both personal-use and business customers. It comes equipped with a 74kWh (useable) battery, with a 214bhp electric motor as standard and has a range of 230 miles on the WLTP cycle. It features an 11kW onboard charger and can accept a rapid charge at speeds of up to 125kW. Ford has also equipped the E-Torneo with a V2L facility that can draw up to 2.3kW  from the tractional battery via sockets in the front cabin.

Inside, the E-Tourneo introduces a new track-mounted seating system in the second and third rows. This enables customers to slide seats forward or back along notched tracks set into the rear cabin floor, or to lift seats out completely as required. The three second row seats can each be moved independently, while the third row seats have a two seat/one seat split.

The new seats are lighter than those on the outgoing model and the second row features integrated seatbelts, which makes it easier for owners to reconfigure the layout. ISOFIX points are available on all three seats in the second row as well as the two outboard seats in the third row. 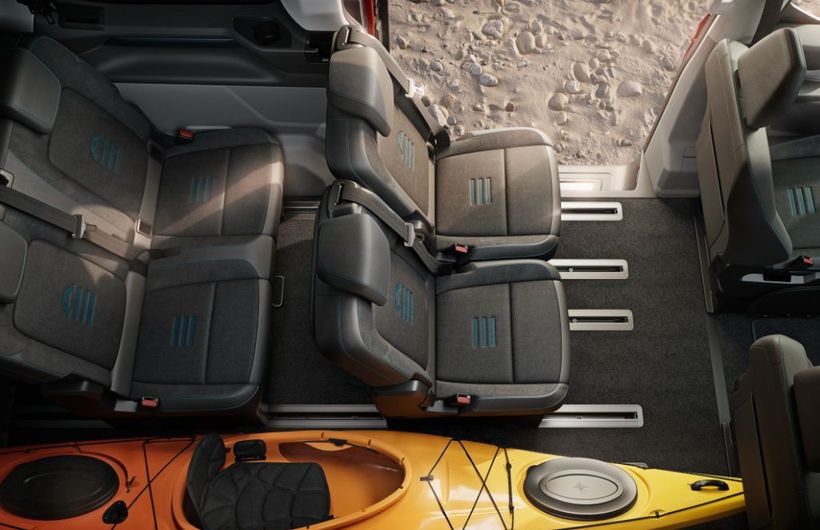 The cabin also features a large glass panoramic roof that has a special infrared treatment to help keep the cabin cool when travelling in strong sunlight. Power-operated sliding side doors also feature hands-free operation which allows them to be opened using a kicking motion next to the front wheel.

The Tourneo Custom also comes with tri-zone electronic air temperature control, a14-speaker B&O sound system featuring a subwoofer located in the rear compartment and heated outboard seats in the second row. Ford has also developed a new Digital Key system, (scheduled to be available in 2024), using NFC technology. This enables owners to carry a waterproof card rather than a bulky keyfob. 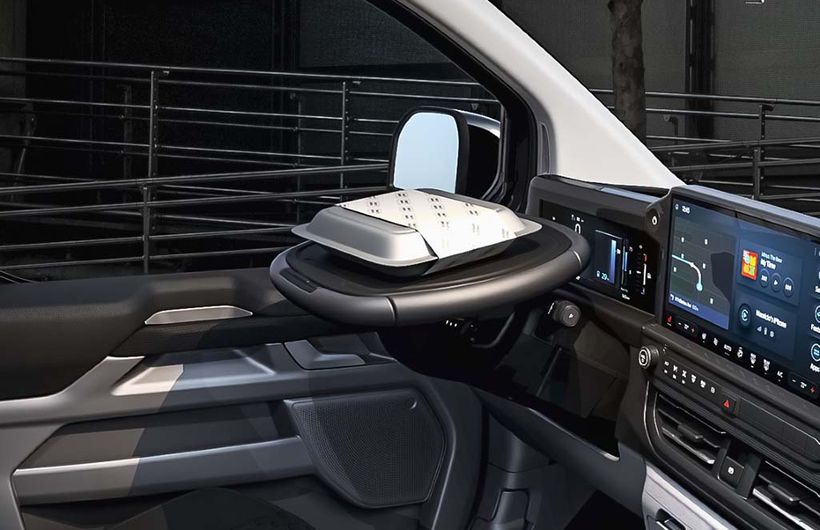 The instrument panel features a large 13-inch touchscreen with Ford’s SYNC 4 infotainment system that incorporates Apple CarPlay and Android Auto as standard. Buyers will also get to experience Ford’s unusual tilting steering wheel feature first seen on the E-Transit Custom. This allows the steering wheel to be folded flat to become a small workstation or dining table. It can also be set at an angle to accept an iPad.

The E-Torneo Custom will be built at Ford’s commercial vehicle plant in Turkey and estimates that the first customer deliveries will be made mid-2023. 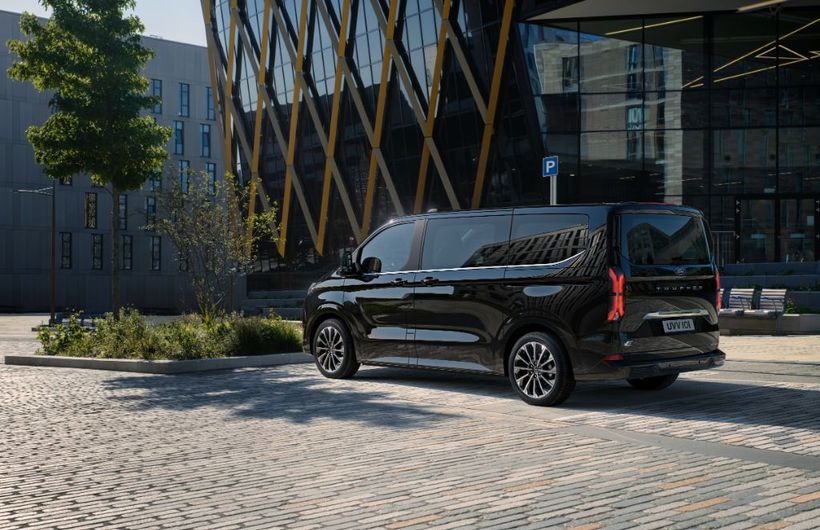 E-Torneo Custom comes with a 74kWh battery, a 214bhp electric motor and a range of 230 miles on the WLTP cycle
Continue the conversation in the Electrifying forum