Being given a company car by your employer is a real privilege. They are trusting you with a valuable asset, and besides the vote of confidence it also means you’ll have a new car which is taxed, insured and maintained at the expense of the company.

While this is clearly a big bonus, you’ll need to pay attention to the car you choose if you’re going to avoid a nasty shock when your tax bill arrives. The difference in liability between apparently similar cars can run into thousands every year. You might also find that you could be better off opting for a company car rather than taking an allowance from your employer, so you’ll need to do your research.

In this article we will decipher the secrets of benefit-in-kind taxation to ensure you can drive a brilliant car without wiping out your wages. 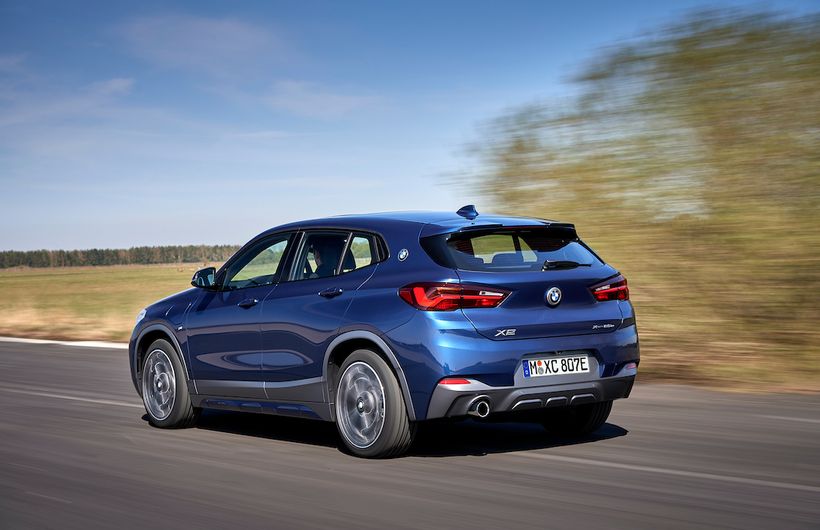 You can drive a brilliant car without wiping out your wages

We are all used to the concept of the government taxing our income when it is paid to us in pounds and pence. It gets a little more complicated when our employers give us other benefits as part of our package which aren’t money but have a value. This can be anything from free meals to private healthcare. The Inland Revenue will put a price on these items and then tax them as though they had been given to you as pay.

With company cars, it is a little more complicated. In order to try and encourage us all to drive lower emission vehicles, the government taxes cars which pollute more at a higher rate. For example, the least efficient cars with CO2 emissions of more than 160g/km are subject to a BIK rate of 37%.

In basic terms that means the Inland Revenue will take 37% of the list price of the car including any extras and add that amount to its calculation of your earnings for the year. So let’s say the car is worth £50,000, making 37% a total of £18,500. You would have to pay income tax on that amount as though you’d been paid it, which would be £7,400 a year if you are a 40% taxpayer and £3,700 if you pay 20%. These figures don’t include complications such as National Insurance and allowances, but it gives us a ballpark idea.

That’s a fair chunk of income, so company car drivers will naturally seek out more efficient cars which will save them money. It may well work out that a more expensive car could actually work out cheaper for you and your company if it is more economical. BMW has always been at the forefront of efficient powertrains which explains why they are so popular as company vehicles.

The lowest taxation rates of all are saved for electrified cars such as plug-in hybrids, pure electrics and (if you are really brave) fuel cells. These have rates as low as 2% for the 2022-25 tax years.

The tax on a company car is worked out as a percentage of its list price including VAT, but excluding the first year registration fee and road fund licence. It doesn’t matter if the company bought it at a discount or even purchased it as a used car – it is the all-important P11D value - that list price - which is used to make the calculation. Bear in mind that the cost of extras is added too, so you’ll have to pay the tax on items like metallic paint and leather trim too.

There are several calculators out there which will tell you the exact amount you’ll have to pay in tax, including on the car maker's own website.

How does the BIK work for electric cars?

It doesn’t get much simpler. The BIK tax liability for having a 100% electric car such for the 2022/22 tax year is just 2%. That means a higher rate taxpayer will pay less than the cost of a large round in the pub for a a year, saving the cost of a decent holiday over some petrol and diesel cars. The rate has been fixed until 2025 too, meaning you can have some confidence that you won't get lumbered with a big bill for the foreseeable future.

What about the BIK for plug-in hybrids?

The rules around PHEVs are a bit more complicated, so you'll need to get out a calculator to help you work out the costs. The tax liability on these is worked out using the official emissions as P11D as usual, but the lowest rates are reserved for cars which can travel furthest on electric-only power. This can have a surprising effect on the sums. For example, a BMW X5 xDrive45e 3.0e PHEV has driving emissions of 27g/km and when fully charged can travel 54 miles on electric power*. This puts it in the 8% BIK band for the 2022/23 tax year, meaning a 40% taxpayer will be liable for just £155 per year. That’s less than most smaller PHEVs.

Do I have to pay tax on my fuel too?

If your company is generous enough to pay for your fuel for commuting and personal mileage you will get taxed on this too, using a formula which is worked out using the cars emissions. If you are not doing many personal miles, it may not be worthwhile taking this benefit at all. However, there is no tax liability at all for plugging in your electric or hybrid car at work – just make sure you get permission first!

Am I better off taking a car allowance than a company car?

Car allowance payments became a popular alternative to company cars as they allowed people to make their own decisions about what car they want to drive. This might still make sense if you want to drive a higher-emissions car because, for example, you need a seven-seater for your family. However, if you can swap to an electric or efficient PHEV car it is going to be more tax effective than simply taking the company’s cash and sourcing a car yourself.

Will BIK rates for electric cars rise in the future?

We can’t gaze into a crystal ball or predict government policy, but the rates have been set until 2024/25 which gives some certainty. The BIK percentage for zero-emission electric cars has been pegged at a maximum of 2% until then at least and PHEV rates will not rise above their current levels.