BMW's thoroughly refreshed plug-in hybrid SUV is great to drive and has a decent electric-only range too. Besides making it easier to do electric only miles, it brings massive tax benefits for company car drivers.

“An SUV hybrid that actually manages a reasonable EV-only range, I've seen around 30-40 miles from this one driven carefully. That’s most people’s average school runs and commutes covered, so suddenly the X5 might be capable of only using that petrol engine on longer journeys. Just remember to plug it in, that's the point folks!”

“It's one of the best-driving SUVs on the market and uses pure electric power up to around 30 miles an hour, which makes lots of sense for driving around town. With 389bhp it certainly isn't slow, and switching between electric and petrol power is smooth, while you can use regenerative braking to top up the battery as you drive.” 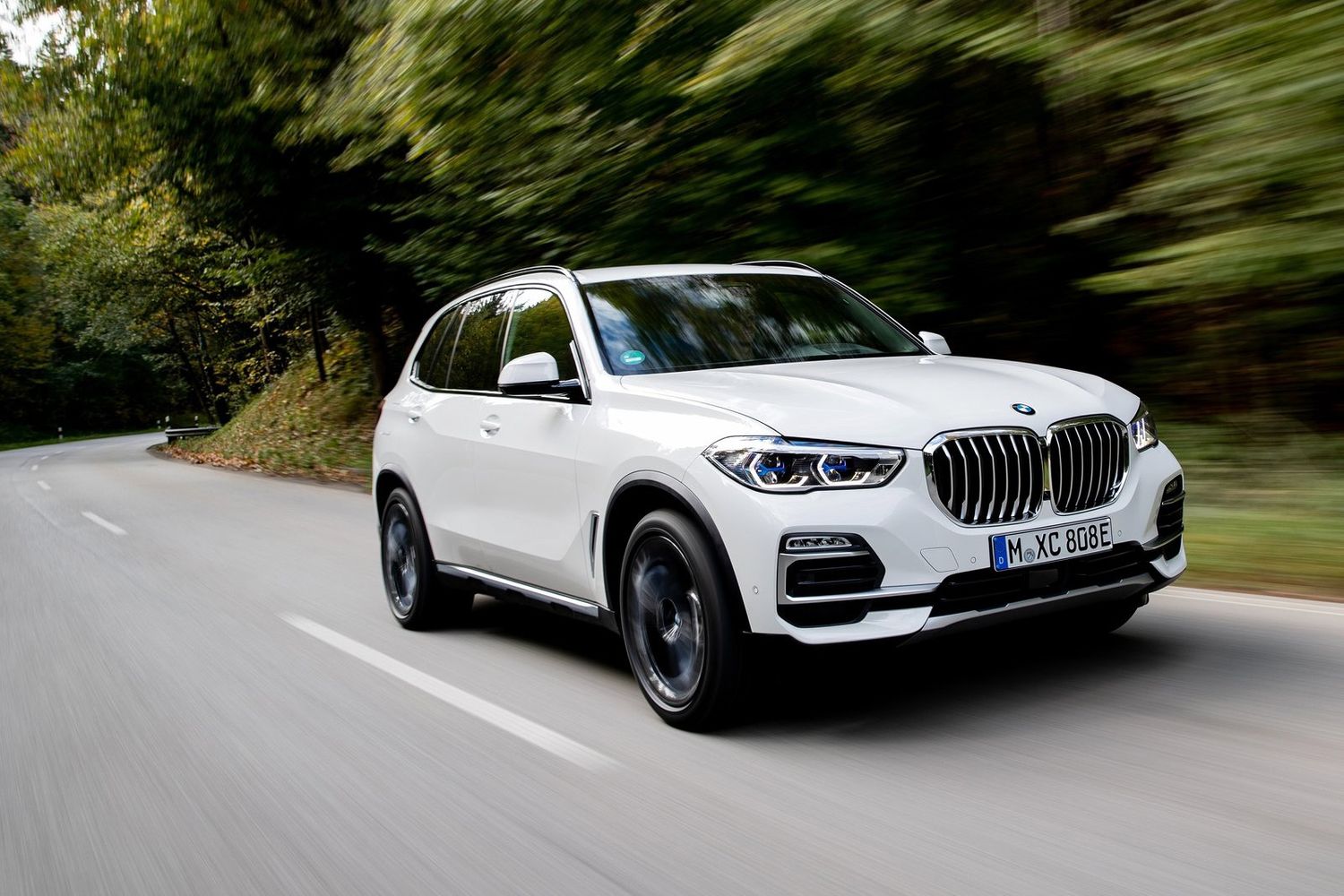 BMW was a trailblazer with its electric cars. The i3 and the i8 were amazing-looking and really clever. And then it all went a bit...quiet. But now BMW is back… with a range of hybrids, called iPerformance, which includes a version of the X5 that can work wonders when it comes to reducing your tax bill.

The latest are a pair of SUVs, called the X3 xDrive30e and X5 xDrive45e and they combine an electric battery with a petrol engine. In the case of the X5 here that’s a 3.0-litre straight six petrol engine which, together with the electric motor, gives a total of 389 horsepower - which is almost as much as supercars like the Porsche 911.

That’s a nice feature, but the most attractive part is the tax benefits it brings if you are a company car driver. As of April 2020, plug in hybrid electric vehicles will be taxed not just on their CO2, but also on how far they can drive just using electricity.

In theory it will manage up to 54 miles on pure electricity, and the new rules mean company car drivers choosing a plug-in hybrid that can travel over 40 miles on electric only pay 6% of the car’s value per year in benefit-in-kind tax. Compare that to 12% on less efficient PHEVs and up to 37% on diesels - this car could save you hundreds of pounds a month.

And of course it’ll save you a fortune in fuel too, if you remember to plug it in. If you have a 15 mile commute you could drive on pure electric power, leaving the petrol for longer journeys.

You should enjoy those miles too, because it’s a BMW so handles rather nicely. That big 24 kWh battery is under the floor which keeps the centre of gravity nice and low so it goes round corners well. In fact you wouldn’t really know that you aren’t in the regular X5. Stick the car in adaptive mode and put your destination into the sat-nav, and the car will automatically work out the most efficient way to use the battery.

The downside of having a battery is that it’s robbed a bit of boot space compared to a non-PHEV X5, and there’s no option for seven seats. It’s still a big and practical family car though.

Let’s face it, big hybrid SUVs are not the best option if you’re looking to make the world a greener place, because compared to a full-EV, they aren’t really very efficient. They’re better than a straight large petrol or diesel, but you have to be pretty committed to plugging them in to get the fuel cost savings. If you can commit, then the X5 makes a fine PHEV.