British motorcycle company Triumph has revealed its vision for an electric future with the TE-1 prototype, an all electric motorbike with a range of up to 100 miles and a 0-62mph time of 3.6 seconds. The prototype is said to preview the potential for a production electric motorcycle from Triumph.

Williams Advanced Engineering worked with Triumph to deliver a compact battery that can charge 0-80% in 20 minutes. To increase battery efficiency, the bike has regenerative braking which Triumph says can be enhanced on production vehicles to increase range.The peak power output of the TE-1 is 174bhp - more than a Nissan Leaf - which can propel the bike from 0-100mph in 6.2 seconds. 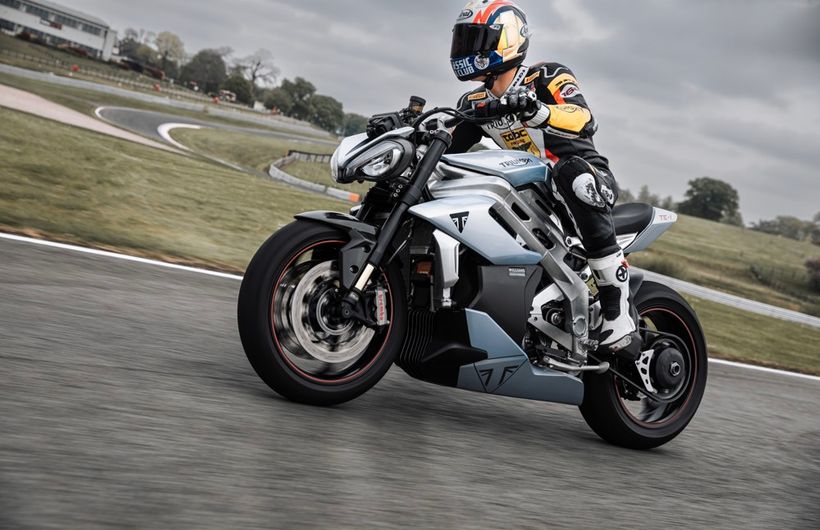 Williams Advanced Engineering worked with Triumph on the project

Overall, the bike weighs in at 220kg thanks to an aluminium frame and lightweight electric motor and inverter which total 15kg. The comparatively lightweight design means the TE-1 has a greater power to weight ratio, condensing the equivalent power of the company's petrol-powered Speed Triple into a bike that is closer in size to the Street Triple.

As with many electric vehicles, the TE-1 comes with a soundtrack to mimic engine noise and cover up the whirr of the electric motor.

While Triumph is keen to stress that the TE-1 will not be the final design for its first electric motorcycle, this prototype was made with production in mind, meaning the final product should have similar performance capabilities and range. 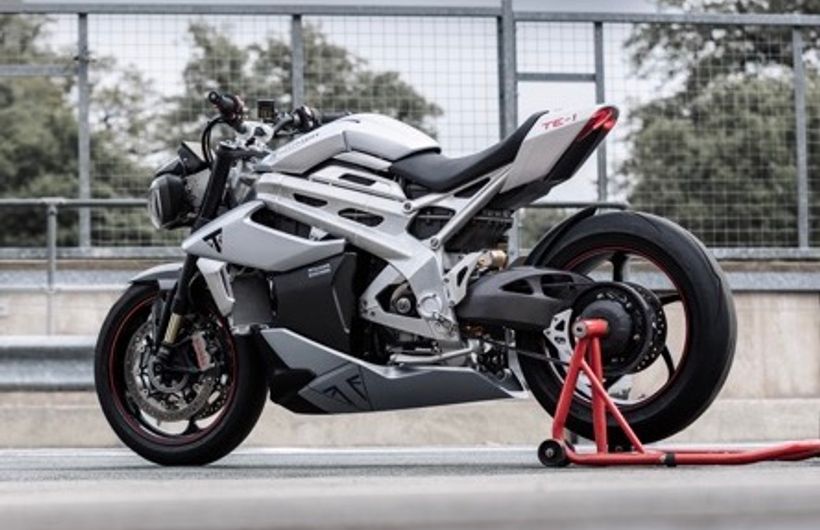