Vauxhall reveals new Astra – and it comes with a plug

Vauxhall has revealed the new eighth-generation Astra hatchback, and for the first time in the model's history it comes with a plug.

With the British firm now being part of the gigantic Stellantis company, the new Astra has a lot in common with the new Peugeot 308. That means it shares its platform and underpinnings with the French hatchback, and comes in two petrol plug-in hybrid (PHEV) versions, along with petrol and diesel power. Just like the 308, there's no full-electric version despite it being available on the 308's and Astra's sister car, the Citroen e-C4. 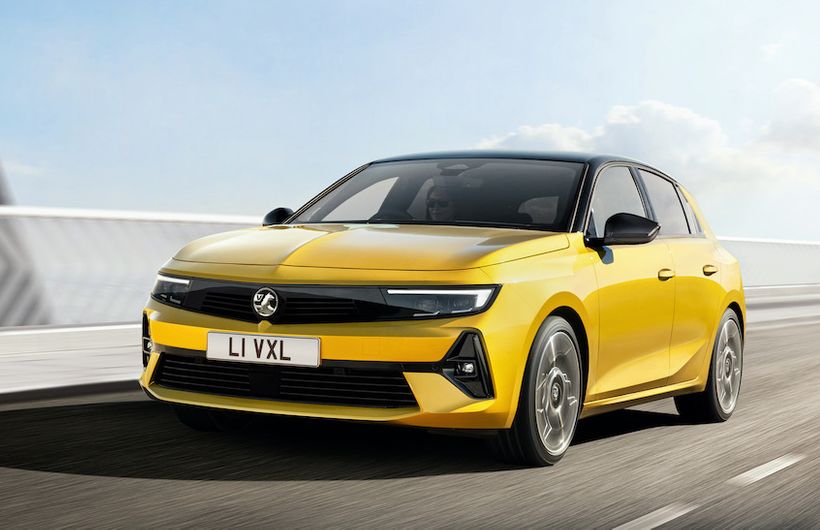 The two plug-in hybrid versions use a 1.6-litre petrol engine mated to a 109bhp electric motor and a 12.4kWh battery pack. It comes in two power outputs – a combined 178bhp and 222bhp respectively.

Although not confirmed yet by Vauxhall, the electric-only range and CO2 figures should be practically identical to the 308 Hybrid models, so expect around 25g/km, 30-35 miles of pure electric range and 11% BIK tax for both models.

It's likely Vauxhall will follow Peugeot's lead and offer two on-board chargers for the Astra PHEV – a standard 3.7kW and an optional 7.4kW fast charger, meaning a top-up should take around two hours for the faster one and around four for the 3.7kW. 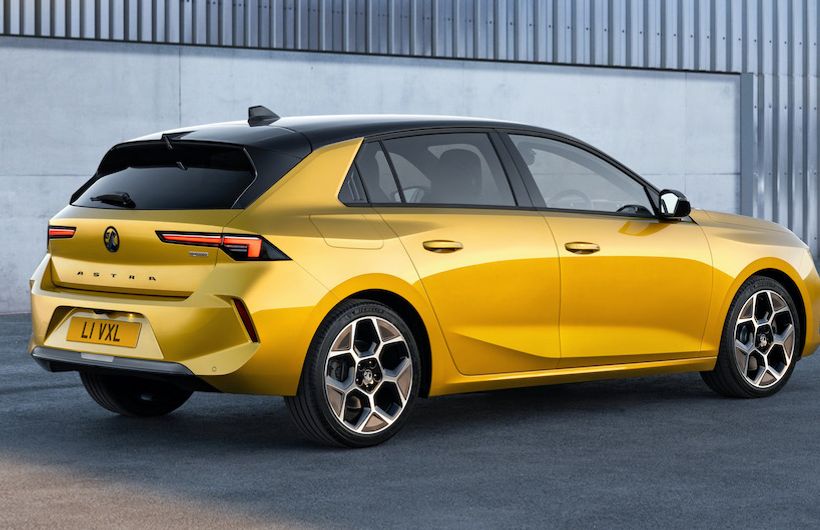 Regardless of which powertrain you choose, the Astra comes with a sharp new look. The new Mk8 Astra ditches the curvy styling of its predecessors and opts for a sleeker look that's not too dissimilar to the smaller Corsa.

Just like the new Mokka and recently updated Grandland SUVs, the Astra wears Vauxhall's new 'Vizor' design at the front which incorporates a large gloss black panel where you'd expect the grille, flanked by slim LED headlights. The headlights can also be upgraded to Vauxhall's clever 'Intellilux' system which has 168 separate elements (essentially a 'Matrix' system which prevents other drivers being dazzled).

The new Astra is slightly longer, taller and lower than the model it replaces, and features a roomier boot. The interior is far more minimalist than its predecessors' cabins and focusses on a large touchscreen in the centre and a digital display for the dials, although physical heating and ventilation controls remain.

Order books open in the autumn with customer deliveries expected to commence in early 2022. Vauxhall has yet to confirm prices but we'd expect them to kick off at around £23,000 with the PHEVs coming in at just over £30,000. 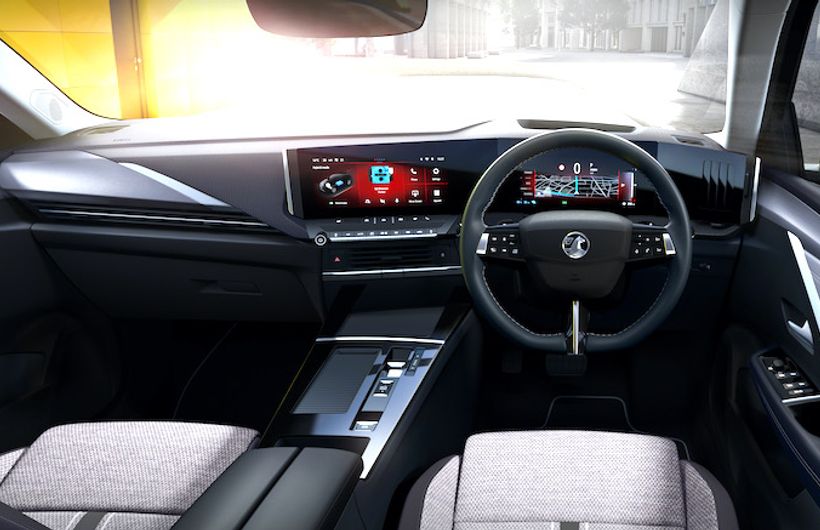 There's a new minimalist interior – but don't worry, there are actual buttons for the air conditioning