The RAC has become the first big breakdown company to use an electric patrol vehicle to attend rescues.

The company is piloting a zero-emission Renault Zoe Van E-Tech, which despite its small size, is capable of carrying the necessary tools and parts needed to fix four out of five breakdowns. The  first 55kW Renault Zoe patrol van will be deployed in a variety of settings, both urban and rural, to assess its efficiency as a patrol vehicle.​

The Zoe will principally be used to attend the RAC’s two most common breakdowns – batteries and tyres – which together account for nearly half of all call-outs. The Renault carries up to six replacement 12v car batteries, two tyres, a trolley jack, a battery tester, a diagnostic gadget and a host of standard patrol tools.

RAC group operations director Paul Coulton said: “We have been assessing various electric vans for some time but have been frustrated by the fact there isn’t one on the market that can do what our diesel-powered patrol vans can do at the moment in terms of carrying 500 parts and tools and towing broken-down vehicles.

"“While we continue to talk to manufacturers about our requirements, we’re confident we can put an electric RAC patrol van into effective use on the road by carefully deploying it to jobs that won’t require towing."​ 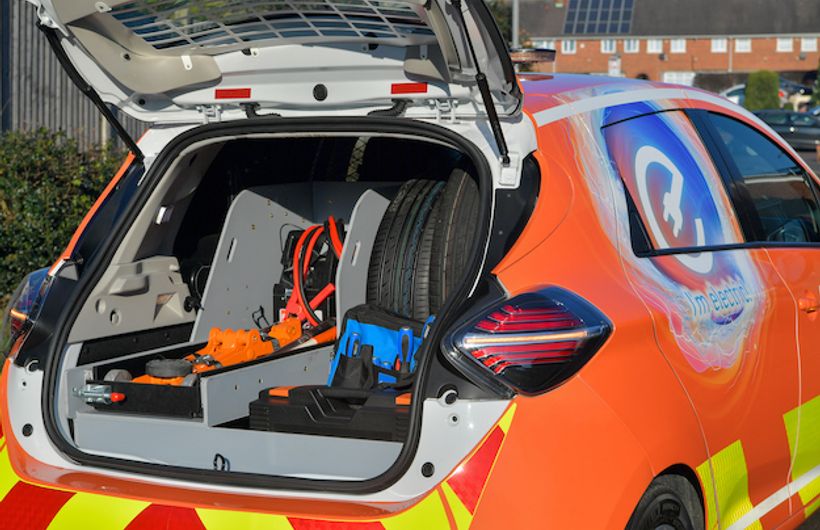