In the past 48 hours I have been typing out stories about some very different electrified cars. One has made me wince and the other has made me genuinely excited.

The wince inducer is BMW’s XM. It’s not the in-your-face looks I object to – you can make up your own mind about those. It’s more about the sheer excess of having a car which weighs 2,710kg in its basic form.

Let me put that in perspective. It’s more than two BMW i3s. It’s five and a half Citroen Amis. If you had a BMW X5 and put a Caterham on the roof rack it would still weigh less.

Making a car like this will take a lot of resources; it will also wear the roads faster and use an enormous amount of energy to drive around – especially since it has physics-defying performance. I can only imagine the forces involved in making 2,710kg accelerate to 62mph in 4.3 seconds, but it would probably mean the road would need to be resurfaced soon after. 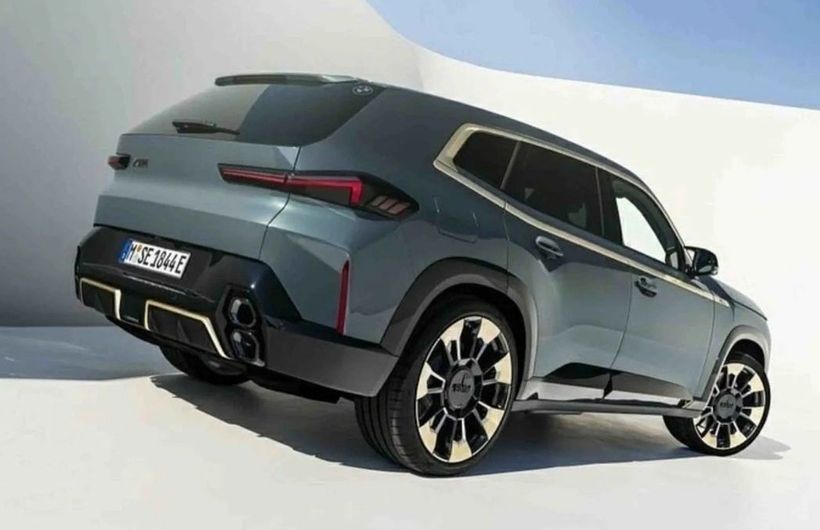 Such excess comes at a price, of course. The XM starts at just under £150,000, so there won’t be one on every street corner unless you live in Mayfair. But if you can wangle one through the company books, it is surprisingly affordable. In fact, according to my spreadsheet, having an XM as a company car will cost a company car driver £4,639 per year in benefit-in-kind tax.

The figures are actually even more shocking for the new Range Rover PHEV, as it has sneaked into a lower tax bracket thanks to a longer electric only range. Imagine a company car park: the MD swishes past in his new Range Rover and pulls up next to his junior sales rep in a Dacia Sandero Stepway – one of the cheapest cars you can buy.

Who will pay the most tax as a result of having a company car? The MD will be better off by £130 a year, presuming they are both 40% taxpayers. That sort of thing is enough to start a revolution. I’m a card-carrying Range Rover fan but it makes me feel a bit uncomfortable to think how unfair that seems. 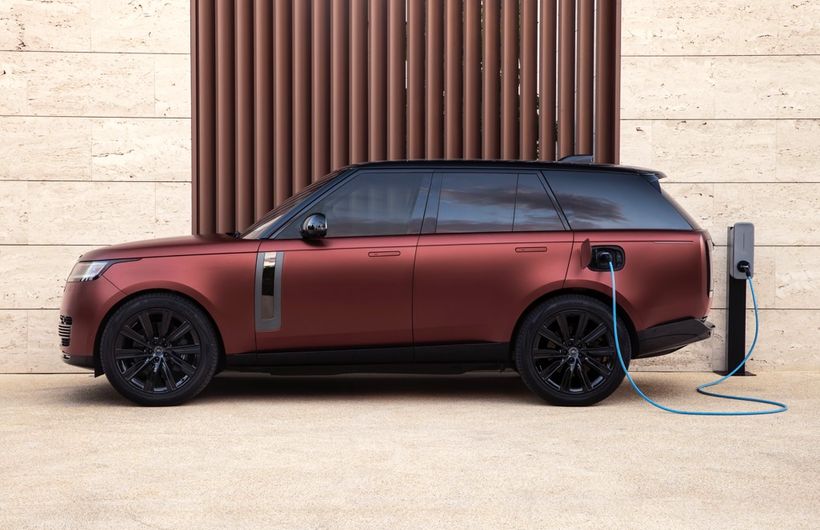 A Range Rover PHEV can cover 70 miles on electric only, but there is nothing to force drivers to plug in

The BIK savings are even more impressive on pure electric cars of course – 2% rather than the Range Rover’s 5% - but at least we can all be assured that it is improving local air quality as it can only use one ‘fuel’. The PHEV user can choose to never remove the cable from its wrapper and drive around on petrol power only, treating a 300kg battery as a tax avoidance device.

Thankfully, the second press release in my inbox provided the perfect antidote to this excess. It’s like a month of being in a detox clinic and truly gave me hope for the future. It was, of course, the Citroen Oli.

I felt similarly excited when I first heard about the Ami, but the reality soon bit. It’s a very clever car (or quadricycle) but is about 25% more expensive than I expected and the 28mph top speed limits its appeal to city dwellers. On a 50mph+ road, the Ami is an uncomfortable place to be.

But the Oli appears to take all the best bits of the Ami and make them better. It also has a sprinkling of other genius ideas which mean it is going to have far less impact on the environment for decades. 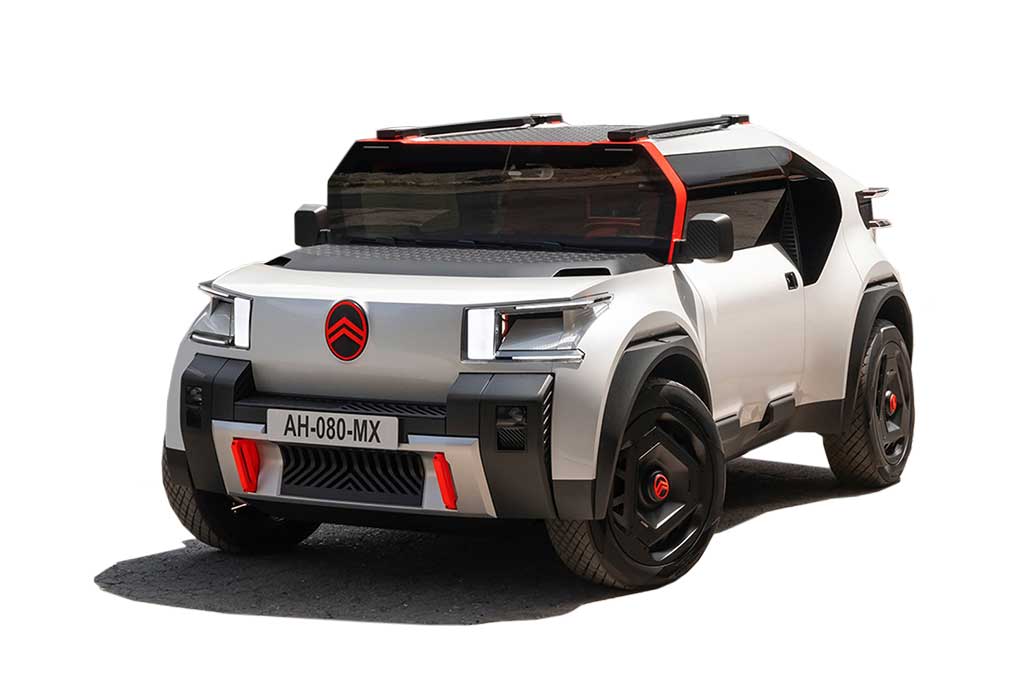 For a start its 1,000kgs - that’s about the same as a Kia Picanto. Every component has been analysed to see if weight and cost can be saved, and as a result it uses cardboard panels and seats which look like those posh mesh-back office chairs.

The windscreen is upright and flat as it is cheaper to make and replace, but also keeps the sun out, meaning you don’t waste energy on air con. Oh, and the tyres will last more than 300,000 miles. As someone who has spent more than £500 at Kwik Fit this month, that’s very appealing.

Citroen has also acknowledged what all of us already knew: there is no point trying to keep up with Apple and Google. Even in a brand-new car, most of us will just default to using the more powerful processors and better connections of our phones and ignore the car’s built in navigation and entertainment. Hence the Oli just has a plug to connect your phone and a pair of removable speakers. It’s brave, but so sensible.

In the ‘dull but important’ category is the Oli’s refurbishment potential. Instead of throwing the whole car away when it is looking a bit tired or becomes too expensive to fix, the Oli will be easy to upgrade, repair and personalise. It’s designed to last decades rather than be disposable – much like an old Land Rover. 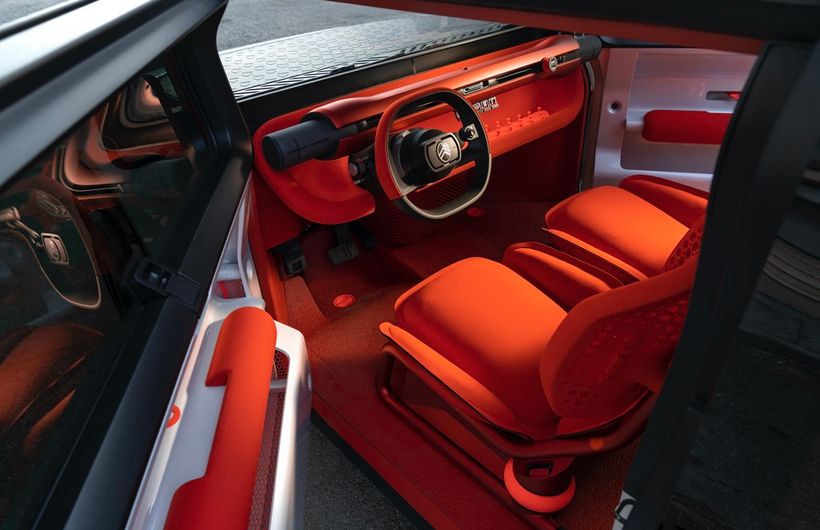 The Oli will make better use of the world’s resources for its entire life than any other car I can think of. It will have lower tax for company car users too of course; if the Oli ended up with a price of £15,000 you would pay just £10 per month in extra tax for the privilege of having it.

But there needs to be more of an incentive to make drivers from all walks of life choose cars like the Oli rather than the XM. Perhaps the BMW drivers will have to offset the emissions needed to create and run their cars by giving up meat and turning off the heating in their houses. They might need to plant trees over their lawns too. Meanwhile, every Oli driver would benefit from a new kind of government scrappage scheme. Trade in an old car for the Citroen and you’d be given a knighthood. I’ve already asked to be put on Citroen’s waiting list and think Sir Tom has a nice ring to it. 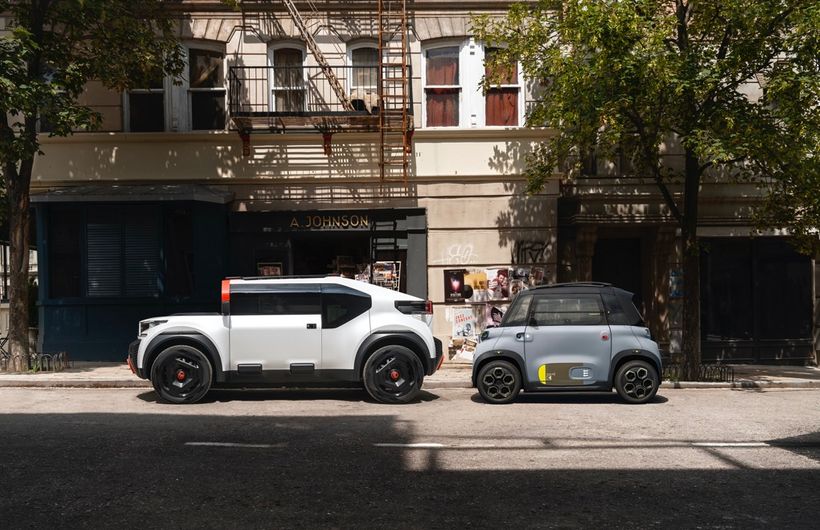 Under proposed new rules, people buying these cars will be given a knighthood. Or an OBE, at least
Continue the conversation in the Electrifying forum

Return of the Twizy – twin seat Renault is back as the ...

A retro-style Estonian electric three wheel coupe with a built in espr...