The Oli is a true 'clean sheet' design which could revolutionise the way electric cars are made and designed. Besides being lightweight, it is also built to be rebuilt rather than recycled. We think it's a crucial car for the future.

“The Oli takes the Ami's clever ideas to the next level, using real innovation to build a car which could fit into our lives easily while making driving far more sustainable. It's so good to see Citroen back being really clever and bold. ”

“All the right messages come from the Oli: less weight (but still strong), means you make the most of the energy you put into the car. Recycled and recyclable bits to make sure the environmental footprint is as small as possible. It’s grand.” 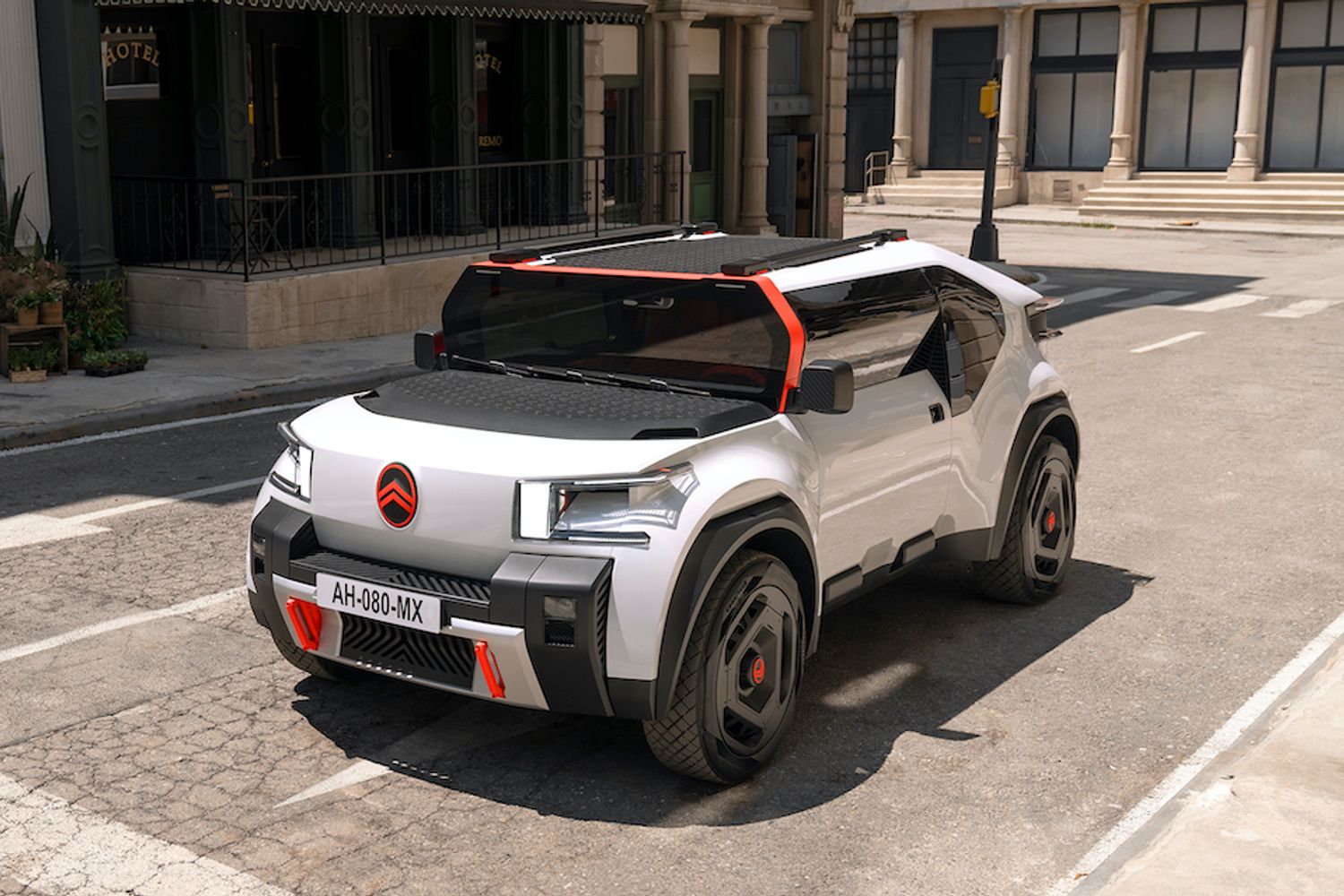 Let’s start this review with a bold statement. After being given the chance to drive this car (in a bit of a UK exclusive no less), we think this Citroen Oli is the most important electric car of the last decade.Why? It breaks a cycle which has seen electric cars become more expensive, heavier and less efficient. It uses clever thinking to ensure the Oli uses less resources over its lifetime and answers almost all of the criticisms levelled at electric cars.

There’s so much to tell you about this car that it’s difficult to know where to start. So let’s begin with the basic facts. It’s 4.2 metres long, which is about the same as a Volkswagen ID.3 or Vauxhall Mokka. But it weighs just 1,000kgs - that’s about half the weight of the heaviest ID.3 and about the same as a city car like a Kia Picanto.

Making it light means it's more efficient. And as a result it can go further with a smaller battery and uses less energy. Having a smaller battery makes it cheaper to buy and run. It's a smart - and rather virtuous circle.

Citroen reckon the Oli would be around £20,000, which is about the same as a mid-range Ford Fiesta. But this is less of a ‘real car’ and more of a laboratory on wheels – but that doesn’t mean we won’t be seeing a lot of the Oli’s ideas in the next generation of C3 Aircross.

Getting all the Oli’s elements to work has meant that Citroen’s designers quite literally went back to the drawing board. Every component has been analysed to see if weight and cost can be saved in what was a mammoth task of rethinking the car.

The results take some recalibration. Because some of the materials and components that the make the Oli so groundbreaking are surprising – such as panels made of cardboard.

This sounds like a terrible idea, but the Oli’s flat bonnet, roof and the rear load bed panels are made from recycled corrugated cardboard formed into a honeycomb structure between fibreglass reinforcing panels. To stop them dissolving like your household recycling in the rain, they are covered in polyurethane resin and a special paint which is often used on or loading ramps. That means they are half the weight of a steel panel, but are tough enough to stand on if you ever need a better view at a sporting event or need to reach up to clean your gutters.

One thing you’ll also notice is the totally flat and vertical windscreen. That means it’s cheaper to make and replace, but it also keeps the sun out on hot days so you don’t waste valuable energy on air conditioning. It’s not as aerodynamic as a curvy sloped screen of course, but the Oli is electronically limited to 68 mph to maximise efficiency. There are scoops built into the headlamps which direct air over the screen too, mitigating some of the drag at speed.

The side windows are angled downwards to help reduce the effects of the sun too. And you can forget about heavy electric operation, they simply flip up like we’ve seen on Ami and classic 2CV.

The front doors also follow the example set by Ami and are identical on each side to make them easier to make and repair, but they are mounted differently. They are around 7kg lighter than a conventional door yet just as safe and to get into the back, you have these smaller back doors which are rear-hinged, using the same layout as the BMW i3 and Mazda MX-30.

The wheels are clever too. Full aluminium wheels are expensive, use a lot of energy to make and are tricky to repair. But steel rims are heavy. So the Oli uses a blend of the two which saves 6kg. The tyres aren’t lighter, but they are easier on the environment. They will last more than 300,000 miles and the main carcass can be reused.

Round at the back, the Oli has another party trick. It can become a pick up truck.The rear seat headrests pop up into the roof, the rear screen glass opens upwards, the tailgate folds down and with the load bed panel removed, there’s a load of space for wine and baguettes. In fact the load bed expands in length from 679mm to 1,050mm when it is all folded, and the height is more than 600mm. That will make trips to Ikea easier.

Perhaps the most striking part of the Oli’s interior – other than the colour - is the seats. The frame and mesh design mimics expensive office chairs and might look uncomfortable but is actually very supportive. It also has all sorts of benefits for interior space, along with being lighter too.

There’s no huge screen dominating the dashboard either. Citroen has acknowledged what all of us already knew: there is no point trying to keep up with Apple and Google.

Most drivers ignore a car’s built-in infotainment system - no matter how bad or good it is - and just default to using the more powerful processors and better connections of our phones. Citroen say the tech in your phone is around two generations ahead of any car maker, so the Oli just has a plug to connect your phone and a pair of removable speakers. It’s brave, but so sensible.

They are housed in a single symmetrical beam running across the width of the vehicle, again similar to the original 2CV. There are also five toggle switches for the air conditioning system in the centre.

There is a simplified strip-shaped screen however which is spread across the base of the windscreen and has the basic speed and battery information. Its pixelated display is reminiscent of 1990s computer consoles.

The Oli has a 40kWh battery, which is smaller than that fitted to something like a Corsa, but the range is claimed to be 250 miles. That means it is using fewer resources and is lighter, which improves efficiency - the claimed 6.25 miles per kWh efficiency is at least 50% better than similar sized current electric models. For example, an Audi e-tron or Mercedes EQC have batteries which are twice the size but can still only cover the same distance between charges.

The small battery means it charges quickly too – 20 to 80% takes 23 minutes using the socket which is under the Citroen badge on the nose. Citroen hasn't released official charging maximums but our calculator reckons that works out at about 70kW.

We drove the Oli around the streets of Paris, and were very conscious that it is a one-off prototype. There was never going to be a chance to test out its ‘on the limit’ handling and we won’t place too much emphasis on the Oli’s slightly rough dynamic edges – this is a show car after all, and most vehicles like this are made of clay and never drive further than up a ramp and on to a display plinth.

But it certainly works well enough, and the visibility is good enough so you can see the crowds of passers-by pointing and taking pictures as you drive past. This car gets more attention than the latest supercar.

It’s not as fast as a supercar though. The Oli has a top speed limited to 68mph to maximise efficiency. That’s actually 3mph less than the top speed of a 2CV but gives you a few mph more than the limit on truck and bigger vans on the motorway, so you’ll not be stuck in the slow lane.

That limit will be a big turn off to lots of drivers, but it means you won’t be getting any speeding tickets on the motorway and for the realistic among us who know our day to day driving consists of school runs, traffic jams and trips around town it will be plenty.

The efficiency of the Oli isn’t just in the driving. In the ‘dull but important’ category is the Oli’s refurbishment potential. Instead of throwing the whole car away when it is looking a bit tired or becomes too expensive to fix, the Oli will be easy to upgrade, repair and personalise.

It’s designed to last decades rather than be disposable – much like an old Land Rover. Citroen thinks you will pass the Oli down through the family, and your kids will be able to upgrade and change the look of the Oli over time to suit your different tastes and evolving technology.

This is Citroen putting its money where its mouth is and really placing sustainability at the heart of what it does. It’s not the norm for an industry that usually aims to get us all into shiny brand new models every three years.In fact, the Oli will make better use of the world’s resources for its entire life than any other car we can think of. For all our sakes, we really hope the future of the car looks like this. 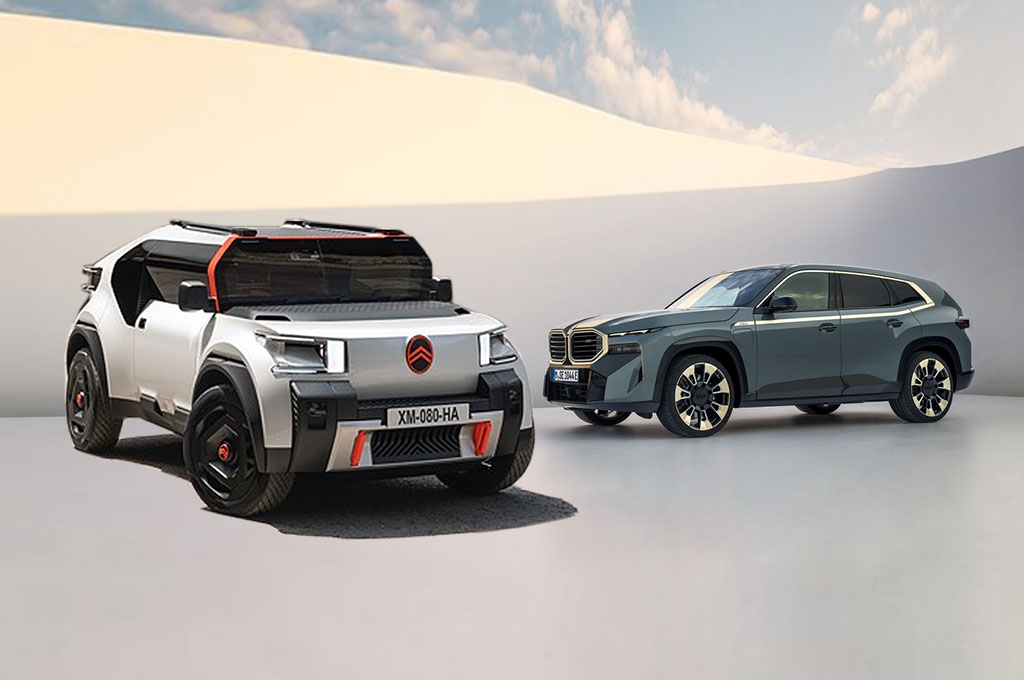