If you want to know more, check out electrifying.com's guide to the current season’s runners and riders. 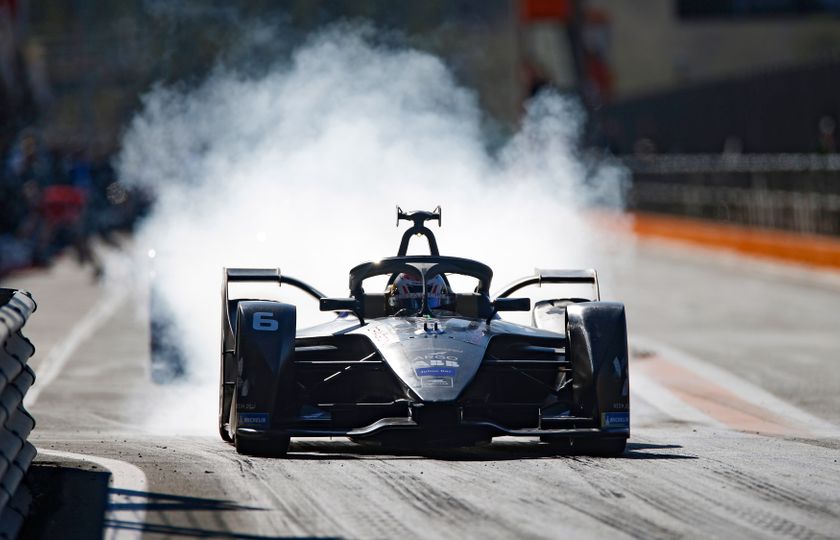 Formula E has grown from a novelty to a fully-fledged World Championship in a remarkably short period of time. Now home to some of the biggest names in the car business (not to mention the odd Oscar-winning Hollywood A-lister), Formula E is now required viewing for the armchair racing enthusiast.

Team facts: German brand Audi has been a supporter of Formula E from the start, and the team won the first ever E-Prix in 2014. The team became a fully-backed Audi works team ahead of the 2017/18 season and has retained the same two drivers since the very start of the series.

Driver facts: Brazilian Lucas Di Grassi and his German teammate Daniel Abt are one of the most successful pairings in Formula E. Di Grassi has won more races than other driver in the brief history of Formula E while Abt has taken two wins and scored 10 podium finishes in his 60 races for the team. 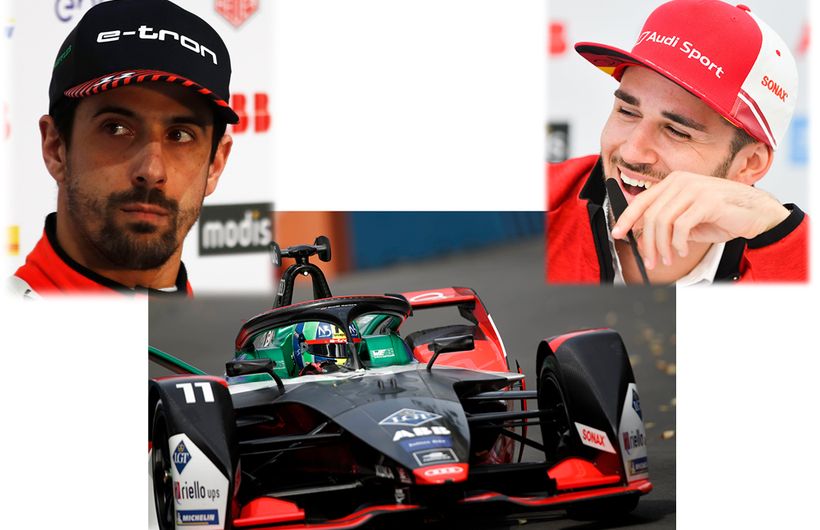 Team facts: BMW has been part of Formula E from its inception, but only became an official factory team ahead of the 2018/9 season. The i in the team’s name references the brand’s two electric road cars - the i3 and the i8. The team finished fifth in the manufacturer’s championship last season and has won three races.

Driver facts: German newcomer Max Guenther became the youngest winner of a Formula E e-Prix when he took victory at the Santiago race in January 2020. Team mate Alexander Sims made his name in sports car racing and is a regular at the Le Mans 24hr race. He joined BMW i Andretti in 2018. 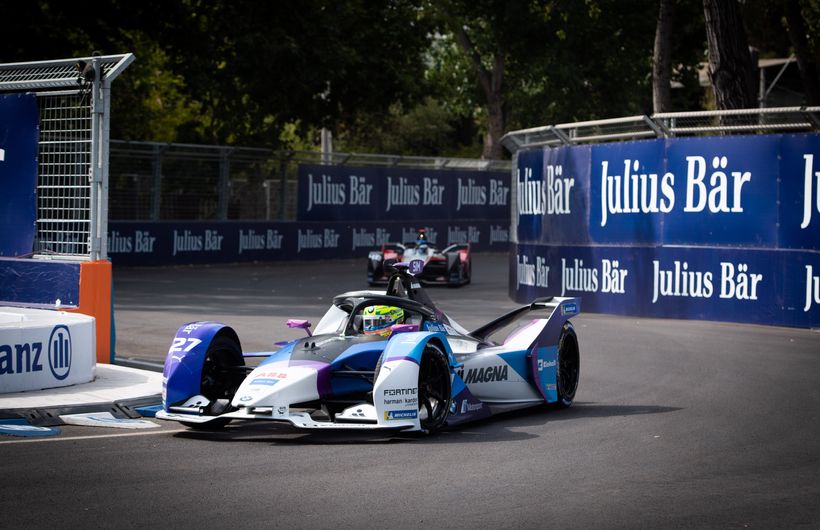 Team facts: A truly international effort, DS Techeetah is a Chinese team bankrolled by French car company DS and driven by a Portuguese and a Frenchman. Having entered Formula E in 2016, the team has been one of the most successful, recording eight wins and 23 podium finishes. DS Techeetah are the reigning Formula E teams champion while driver Jean-Èric Vergne is the reigning drivers champ.

Driver facts: Ex-Formula One driver and professional Frenchman Vergne made history after becoming the first back-to-back champion in Formula E following his title winning campaigns in 2017/18 and 2018/19. His teammate, Antonio Felix da Costa, is one of the most experienced Formula E drivers on the grid having started 57 races. 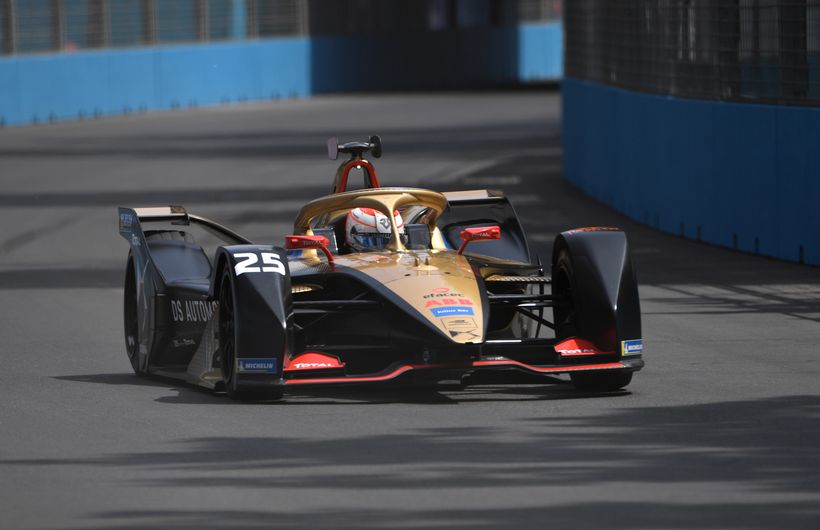 Team facts: Another team that has been in the championship right from the start, Envision Virgin Racing has powered to 11 wins in its five seasons and 61 e-Prix. The team switched from DS Automobiles to Audi drivetrains last season and is regarded as one of the best non-factory teams on the grid.

Driver facts: Brit Sam Bird is one of the most experienced drivers in Formula E having won nine races during his time with the team. He’s looking to bounce back from a disappointing 2018/19 season where he finished ninth overall. Team mate Robin Frijns joined the team in 2018, having started his Formula E career with American team Andretti in 2015. 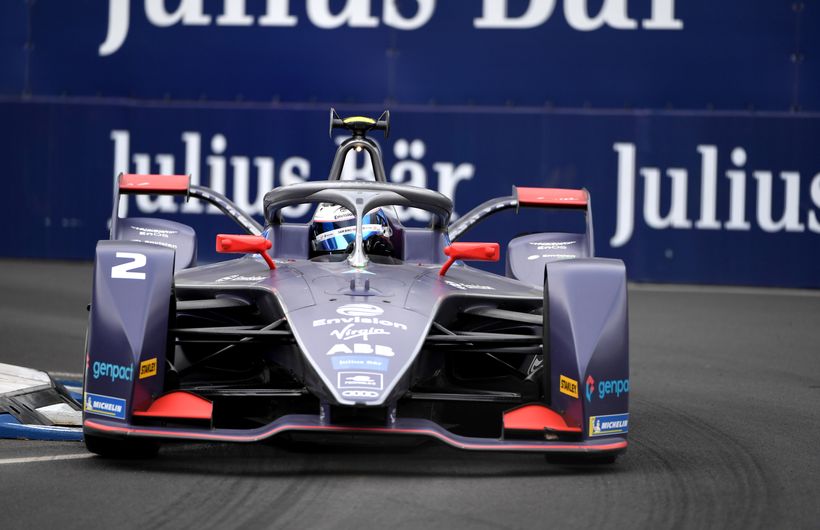 Team facts: A mainstay of Formula E since the inaugural season, Dragon has competed in every race to date. The only all-American team on the grid, it was founded by Jay Penske in 2007, and is based in Los Angeles, California. The team has recorded two wins and nine podiums - a record that new team partner Geox will hope to improve on in 2020.

Driver facts: A proven winner at every level of racing, Brendon Hartley has driven in Formula One and was twice crowned World Endurance Racing Champion. He also won the Le Mans 24hr race with Porsche. Team mate Nico Mueller earned his stripes in German Touring Cars and GP3 before joining Geox Dragon for his debut Formula E season. 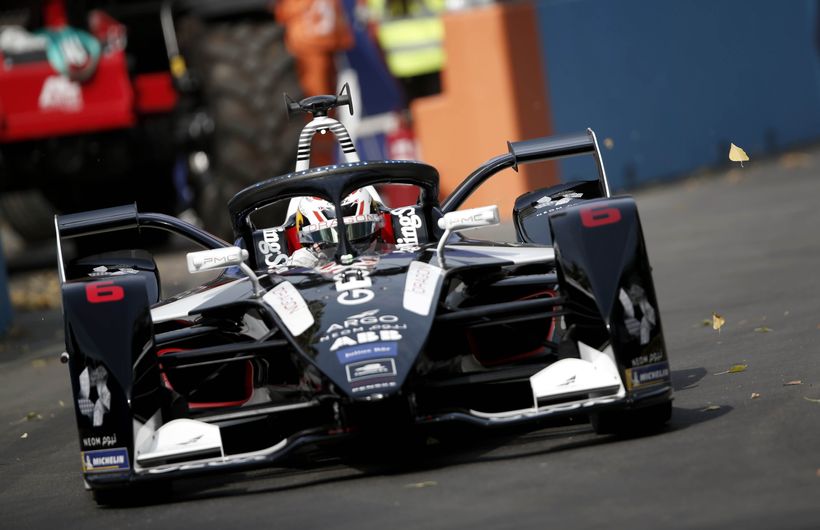 Team facts: Formula E is Indian car giant Mahindra’s first foray into car racing, but the brand had been heavily involved motorcycle racing since 2011. Mahindra is also a manufacturer of electric cars, and uses the championship to test, develop and refine its  technology. The team has been part of Formula E from the start and has recorded four wins and 18 podium finishes.

Driver facts: Jerome D’Ambrosio is another highly experienced racer who has been in the series since the start. After four seasons with the Dragon team, he moved to Mahindra in 2018. He’s won three of the 60 races he has started to date. His teammate, German Pascal Wehrlein raced in Formula One and German touring cars before joining Formula E in 2018. 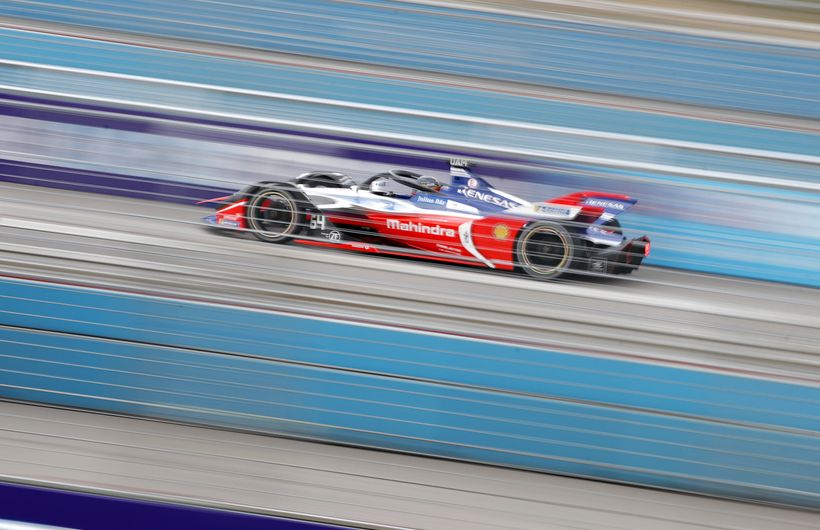 Team facts: Mercedes-Benz EQ represents a big investment for the German carmaker as it transitions its road car business to electric. The team was previously called HWA Racelab before Mercedes took over title sponsorship at the start of this season. Racing as HWA, the team has recorded three podium finishes from 16 starts.

Driver facts: Belgian Vandoorne switched from Formula One to Formula E in 2018 having previously raced for McLaren. His teammate de Vries is a Formula E newcomer having risen through the ranks racing in GP3 and Formula 2. He’ll be one to watch in the current 2019/20 season. 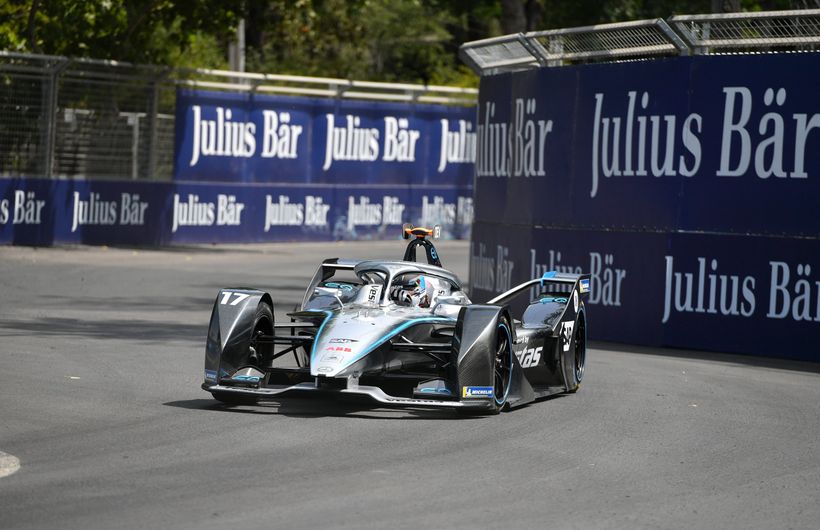 Team facts: 333 FE is the racing arm of Chinese car maker NIO - one of the leading electric vehicle brands in China. Although NIO has been in Formula E from the very beginning, it has had mixed success of late. Having finished the first 2014/5 season in fourth, the team has slipped back over recent seasons and finished last in 2018/9.

Driver facts: Brit Oliver Turvey joined Formula E in 2015 but has struggled to fully exploit his undoubted talent due to an inconsistent car. For the 2019/20 season, Turvey has been joined by Qinghua Ma as both drivers challenge for the team’s first Formula E win. Ma already has experience in Formula E, having raced for Team Aguri in 2015 and then for Techeetah in 2016/17. 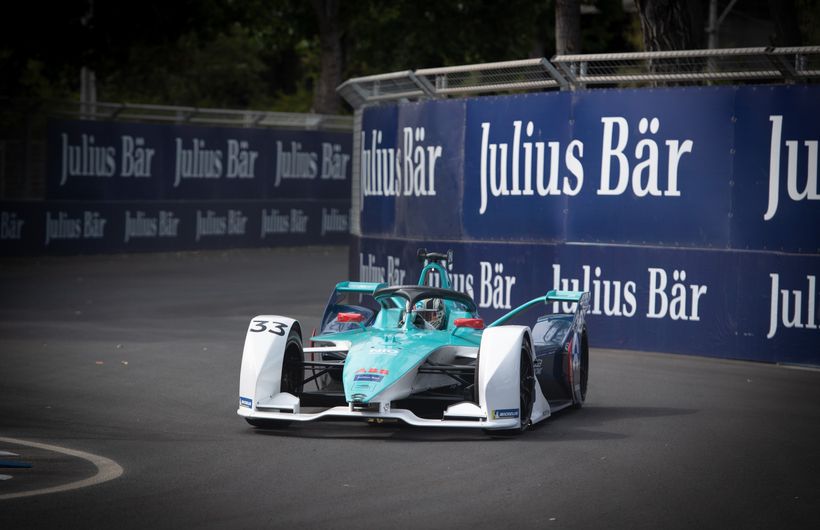 Team facts: Formerly Renault e.dams, the team switched branding to Nissan in 2017 when the French firm departed to form a new Formula One team. Under Renault badging, the team won the first three Formula E manufacturers’ titles and remains one of the most successful teams in the series.

Driver facts: Swiss driver Sébastien Buemi has tasted the podium champagne on numerous occasions having joined the series at the start. Buemi was crowned Formula E champion in 2015/16 and remains a force to be reckoned with. His team mate Oliver Turvey joined the Formula E grid full time in 2017/8 and was crowned Top Rookie at the end of the season. 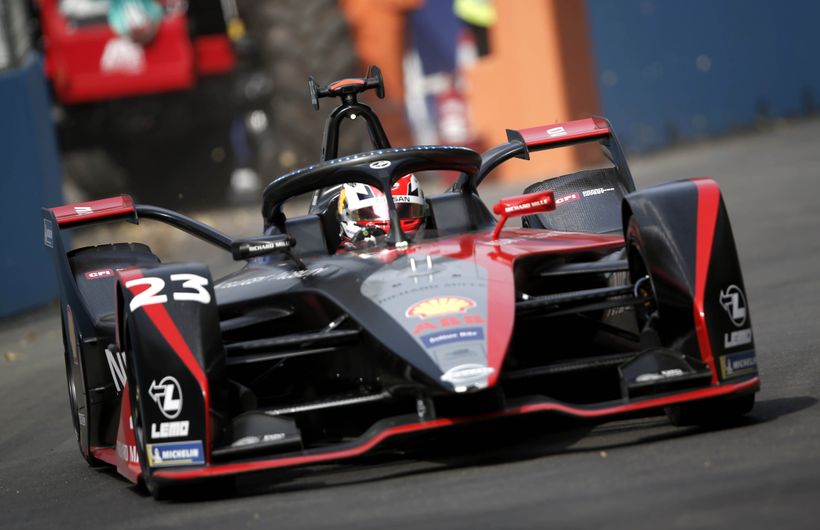 Team facts: Jaguar joined the Formula E grid in 2016 and struggled to make an impact - ending the season at the back of the field. Since then, the British team has undergone a remarkable turnaround, finishing the following season in sixth before going on to take its first race win last season with Kiwi Mitch Evans behind the wheel.

Driver facts: Evans started his Formula E career with Jaguar and has been instrumental in developing the car and moving the team up the rankings. The former Formula 2 driver is paired alongside Brit James Calado for 2020, a rising star who has already made a name for himself in sports car racing - winning the Le Mans GTE Pro category in 2017. 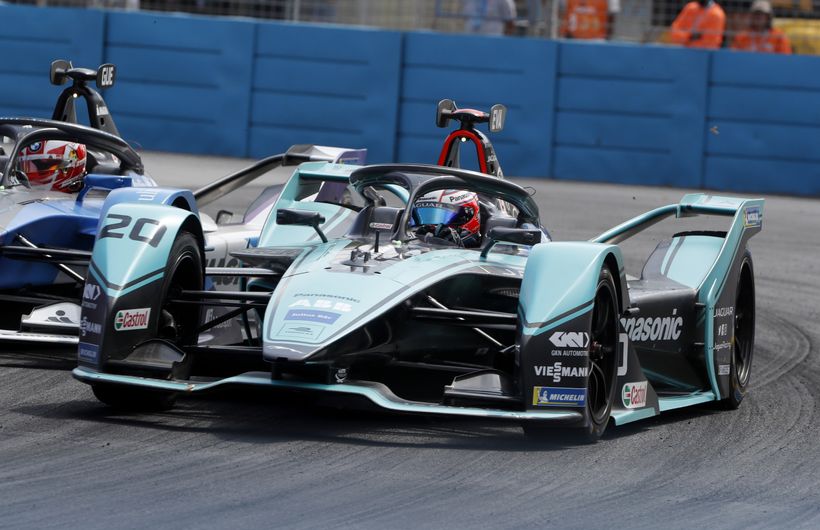 Team facts: The return of Porsche to single-seater racing shows how committed the German brand is to an electrified future. One of the most successful brands in motor racing history, Porsche is going to head-to-head with rivals such as Audi, BMW and Mercedes for the first time. 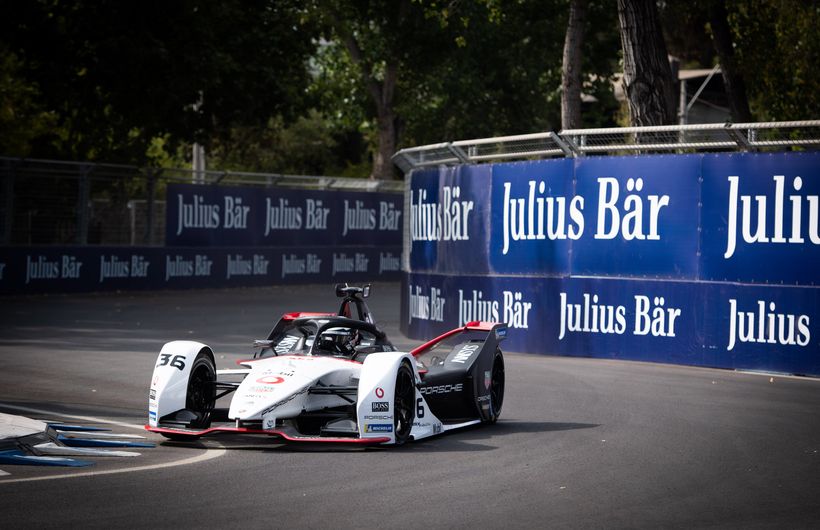 Team facts: The only team on the grid part owned by an Oscar-winning actor, Venturi Racing was formed by Leonardo diCaprio and Monégasque entrepreneur Gildo Pallanca Pastor ahead of the first Formula E season. The Monaco-based outfit took its maiden win in 2019 when Edoardo Mortara won the Hong Kong e-Prix.

Driver facts: Brazilian Felipe Massa has arguably the most impressive CV on the grid. A veteran of 269 Formula One Grand Prix, Massa has driven for Ferrari, Williams and Sauber during his highly successful career. He joined Formula E in 2018 alongside current team mate, who had graduated from German Touring Car racing the season before. Mortara recorded Venturi’s first Formula E race win in his first year with the team. 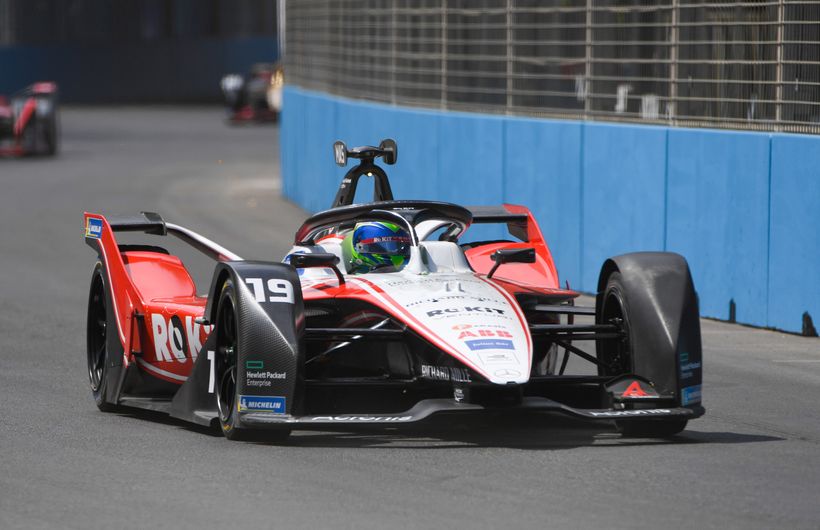