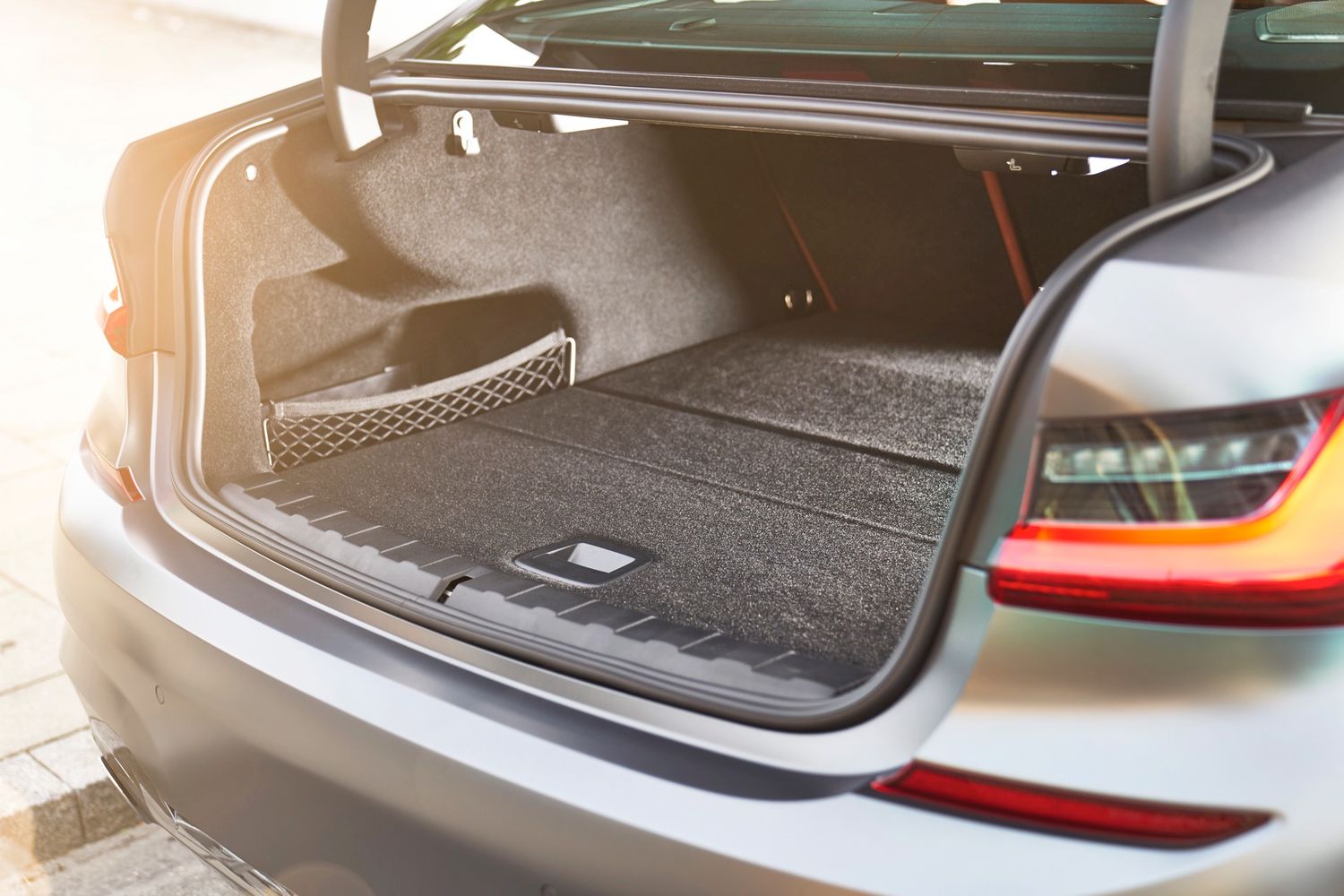 The BMW offers decent space for a compact executive, or for those wanting better practicality the 330e Touring is a good looking and practical option.

You probably don’t consider practicality a priority if you’re looking at a 3-Series saloon, but the 330e will certainly do the job for most business users and small families. There’s a good amount of rear passenger space, and the driving position is very comfortable – it’s a shame you have to pay extra for lumbar adjustment, though.

The 375-litre boot has a variable-height boot floor that leaves a shallow underfloor space which is just big enough to stow the cable securely.

If you do go for the saloon, its boot is adequate rather than anything exceptional. With 375 litres of space it’s down 105 litres on standard petrol and diesel 3-Series models, thanks to the batteries beneath its boot floor. The space you do have is a little narrow, too, but it does get 60/40 split-folding rear seats that topple to leave a smooth boot floor.

For any cyclists, dog owners or those who just love the versatility of an estate, the 330e Touring is for you. Having said that, BMW hasn’t confirmed boot capacity for this plug-in estate, yet, but the practical hatch boot opening, wider aperture and longer, flat boot floor promises an easy life. If you do need maximum carrying capacity, you should consider less premium, bigger plug-in hybrid estate alternatives – especially the fantastic Skoda Superb iV, which costs less than the BMW but is usefully bigger and similarly efficient.

The BMW 330e gets the top-spec infotainment system as standard. Known as the BMW Live Cockpit Professional (only to those in BMW boardrooms, mind), the system gets a 10.25-inch colour touchscreen and rotary dial controller, to allow you easily hop between the nav, phone and audio functions – which will include everything you expect, including Apple CarPlay, Android Auto and voice control. There are also digital dials for the driver.

As a whole, the BMW’s system is the best because the rotary controller and shortcut buttons make it easy to use without taking your eyes off the road, the menu layout is logical and the graphics are fantastic.

That’s not to say that there aren’t plenty of optional tech goodies you’ll be tempted by. Keyless entry is optional, but also comes with smart opening that means you can use your phone as the car key. Head-up display and wi-fi hotspot are also popular options.

Thanks to its electrified powertrain, the BMW can also be set to pre-heat or pre-cool the cabin for your expected departure time provided it’s plugged in overnight. Few things will make you feel smugger than a warm, ice-free car on a winter’s morning.

The BMW 330e is a very safe car, as shown by the five star Euro NCAP crash test rating that the standard 3 Series received in 2019. The 330e should be just as safe – don’t worry about the batteries in an accident; the cells are housed in such rigid casings that EVs often get better crash test safety ratings than non-electric cars these days.

The 330e gets lane-keep assist, low speed autonomous braking, a reversing camera and parking sensors at the front and rear, as well as seven airbags including a driver’s knee airbag. What is disappointing on a car of this price is that adaptive cruise control and the semi-autonomous driving mode it is a key part of are optional on every 330e. Which stings a bit given that you get this tech as standard on the Skoda Superb and VW Passat plug-in hybrids.

Unfortunately, as with every plug-in hybrid, there’s no space-saver or spare tyre as the batteries take up any available space. Run-flat tyres are standard on M Sport cars ut optional on the rest of the range.

« RangePerformance »
Own a BMW 330e or looking to buy? Tell us about your experience