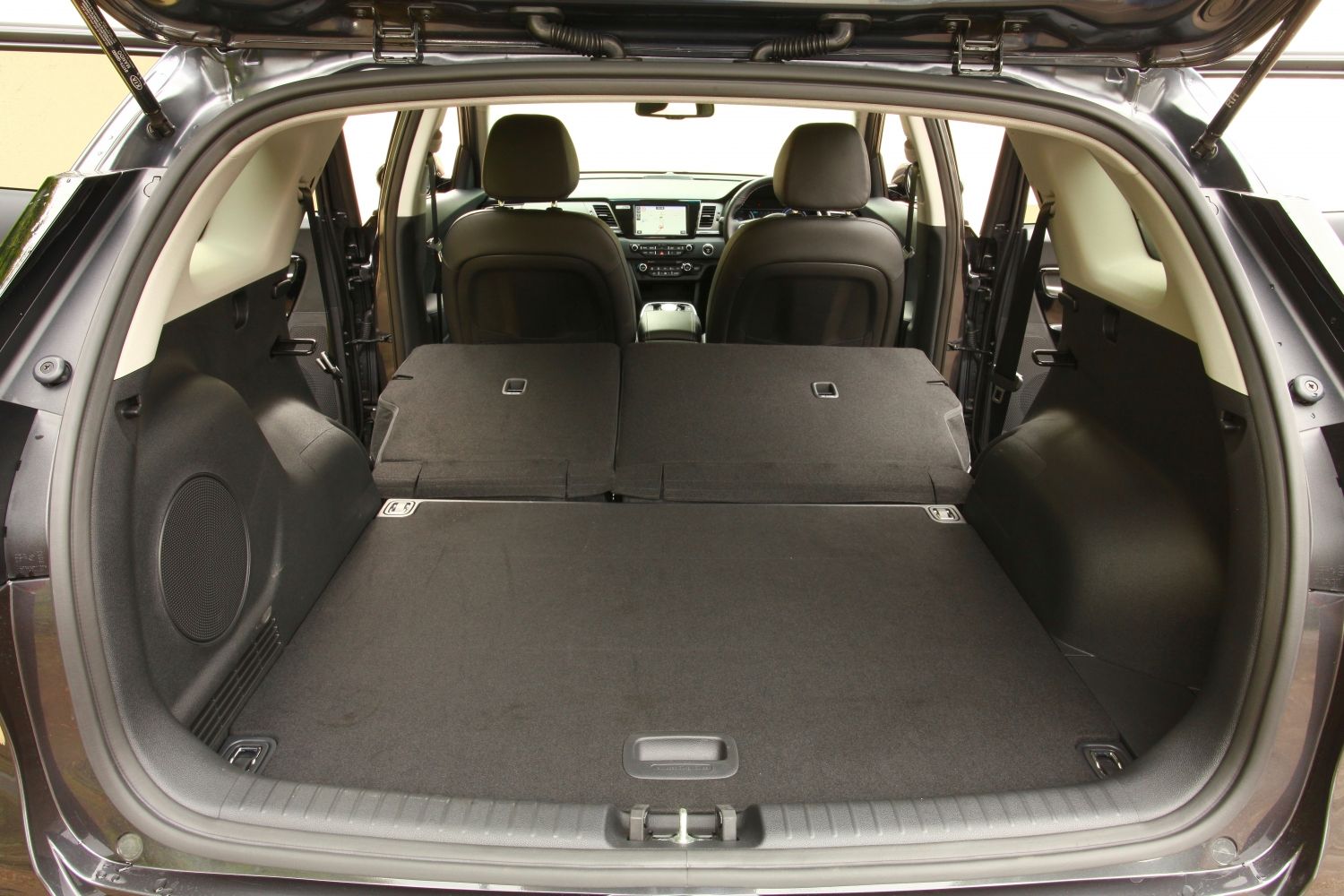 The e-Niro is a perfectly adequate and spacious family car. The boot is actually bigger than on the hybrid versions.

Although the e-Niro is a little smaller externally than the most popular SUV-type family cars such as the Nissan Qashqai or Kia’s own Sportage, the interior is actually just as big. This is partly because it’s quite a wide car, which means broad-shouldered passengers shouldn’t feel hemmed in. There’s a decent amount of legroom too and although the standard-fit sunroof robs a little bit of headroom, it’s only going to be a problem for the tallest passengers. There’s certainly much more space than you’ll find in a Nissan Leaf, VW Golf or a Prius.

Move around to the boot and there’s more good news. At 451 litres it is comfortably bigger than a Golf’s 380 litres, but it’s also bigger than the 382 litres of the hybrid Niro and 324 litres for the plug-in hybrid version. ​There’s also a storage area beneath the boot floor to stash the charging cables.

Kia’s home country of Korea is one of the most advanced in the world, and their love of technology shows in the e-Niro. Only two versions are available – the customers who got onto the waiting list early will get a ‘First’ edition, while anyone ordering now will have the ‘4’, which corresponds to the top-of-the-range versions of other Niros.

Its standard equipment list will make a BMW i3 driver weep with envy, as it includes adaptive cruise control which means you don’t need to touch the pedals in traffic, wireless mobile phone charging, Apple CarPlay and Android Auto connectivity and an eight-speaker JBL sound system.

Your smartphone can also be used to control and connect to the e-Niro remotely. The most useful feature is to activate the climate control system, to pre-heat or pre-cool the car before a journey. This means you can use the mains power rather than your precious battery juice to warm and defrost the car on a cold day.

The independent testing organisation EuroNCAP has only officially rated the hybrid version of the Niro, but there’s no reason to think the all-electric car will be any less safe. It was given the full five-star rating in 2016 for models fitted with the electronic safety gadgets – and the e-Niro has them all as standard.

It got some impressive scores for occupant protection too, which isn’t surprising because the e-Niro has more airbags than a bouncy castle. There are seven in total​, including one to protect the driver's knees.

To stop you even needing to use them, ​the e-Niro has that long list of technology to try and prevent the driver from hitting anything. There’s a device which will keep you in a lane and a Forward Collision Avoidance system ​with pedestrian and cyclist detection, which brings the car to a halt if the driver fails to react to a potential accident.