Lotus' all-electric SUV might be a departure from the company's lightweight sportscar roots, but it's hugely sophisticated.

“A new dawn for Lotus, and a car that’s supposed to bring a little more mainstream success. If anyone can do an electric SUV in a considered way, it’s the people from Lotus.”

“It sounds strange to say that a car which will cost £100,000 is good value, but other SUVs with these sort of looks and performance cost much, much more. ” 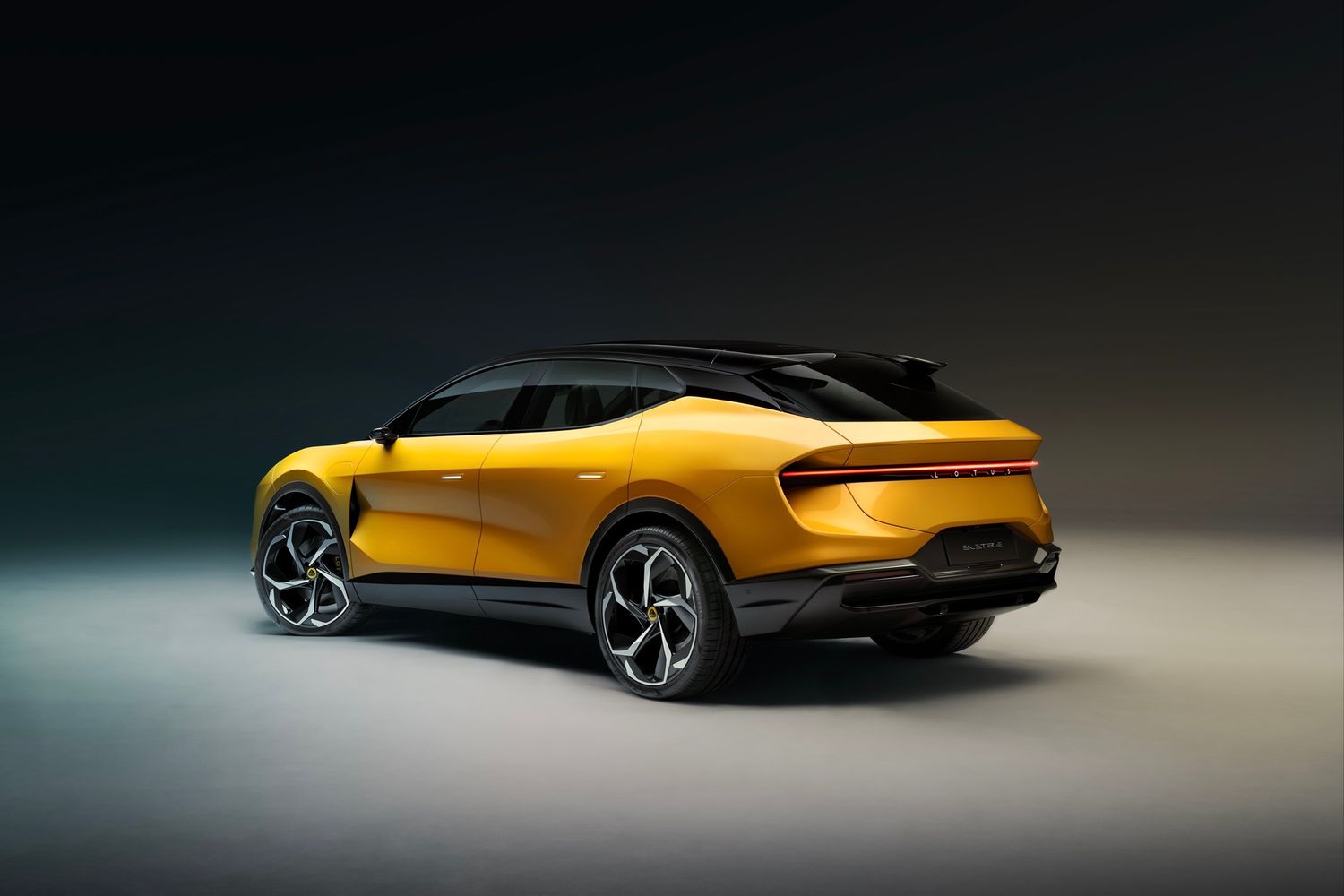 Lotus has pulled the wraps off this - the most controversial car in its history – the Eletre. Described as a ‘Hyper-SUV’, the all-electric family car is a far cry from the lightweight sportscars which have defined the brand. However, the company claims that the Eletre has borrowed design and engineering cues from the sportscars and innovative tech which promise to make it go further and faster.

Even the cheapest versions, which will start at £89,500, will have a power output of around 600bhp and be capable of a 0-60mph time of less than five seconds.

Charging will be fast too, with the Eletre capable of accepting a 300kW feed. This is said to add 250 miles of range to the 100kWh battery in just over 20 minutes.

On full charge the car should be capable of driving 373 miles. One reason behind these figures is aerodynamics; although the car appears to be shaped like other SUVs at first glance, it uses what Lotus has named ‘porosity’, with tunnels and scoops which mean air flows through the vehicle to reduce drag in areas such as the wheelarches.

In addition, it uses active aerodynamics, with vents which open and close depending on the need for cooling or cornering downforce. If the car is being driven hard, vents at the front will open to channel cooling air to the brakes and motors. If they are not needed, then the vents close to reduce drag.

The car is also not as tall as most other SUVs – at 1,630mm it is lower than a Nissan Qashqai, despite being longer and wider than the new Range Rover.

The air suspension system allows up to 75mm adjustment for the ground clearance; this car not designed as an off roader, but it will sink down to reduce drag at motorway speeds, or raise up if you are on a rough track.

That extra length in the body, and the lack of a conventional engine and transmission, mean the Lotus has enough space for a family of four. There is the choice of a five seater or four seats and a more luxurious feel, with a centre console between the passengers that houses extra technology and storage.

The luggage space is big enough to cater for most families too, although it is not huge by SUV standards.

Although Lotus’ heritage and expertise in engineering means the Eletre is certain to be good to drive, it is also packed with self-driving tech including the world’s first deployable Light Detection and Ranging (LIDAR) system. These pop-up sensors will enable the car to spot hazards, and they are incorporated into pods which are only visible when in use. Some of the self-drive capability is not expected to be usable when the car is first launched, but has been incorporated to make the car future proof.

Lotus says the Eletre is the first in a new range of “premium lifestyle performance electric vehicles” which will be built at an all-new production facility in Wuhan, China. The first customer deliveries will begin in 2023 starting in the UK, Europe and China.