You might not have heard of Lucid, but the Air is the car which even the biggest Tesla fan will admit has the stats to take on the best.

“There's a bewildering array of new brands popping up all over the world saying they are going to be the next big thing. Lucid seem to actually have the car - and the business plan - to back it all up. Build quality is impressive, as is its performance and handling.”

“This 'Dream Edition' might be the car to get all the headlines, but the more affordable Airs are the versions which interest me most. The suspension may be steel, rather than air-sprung, but the handling is so impressive you wouldn't know it.” 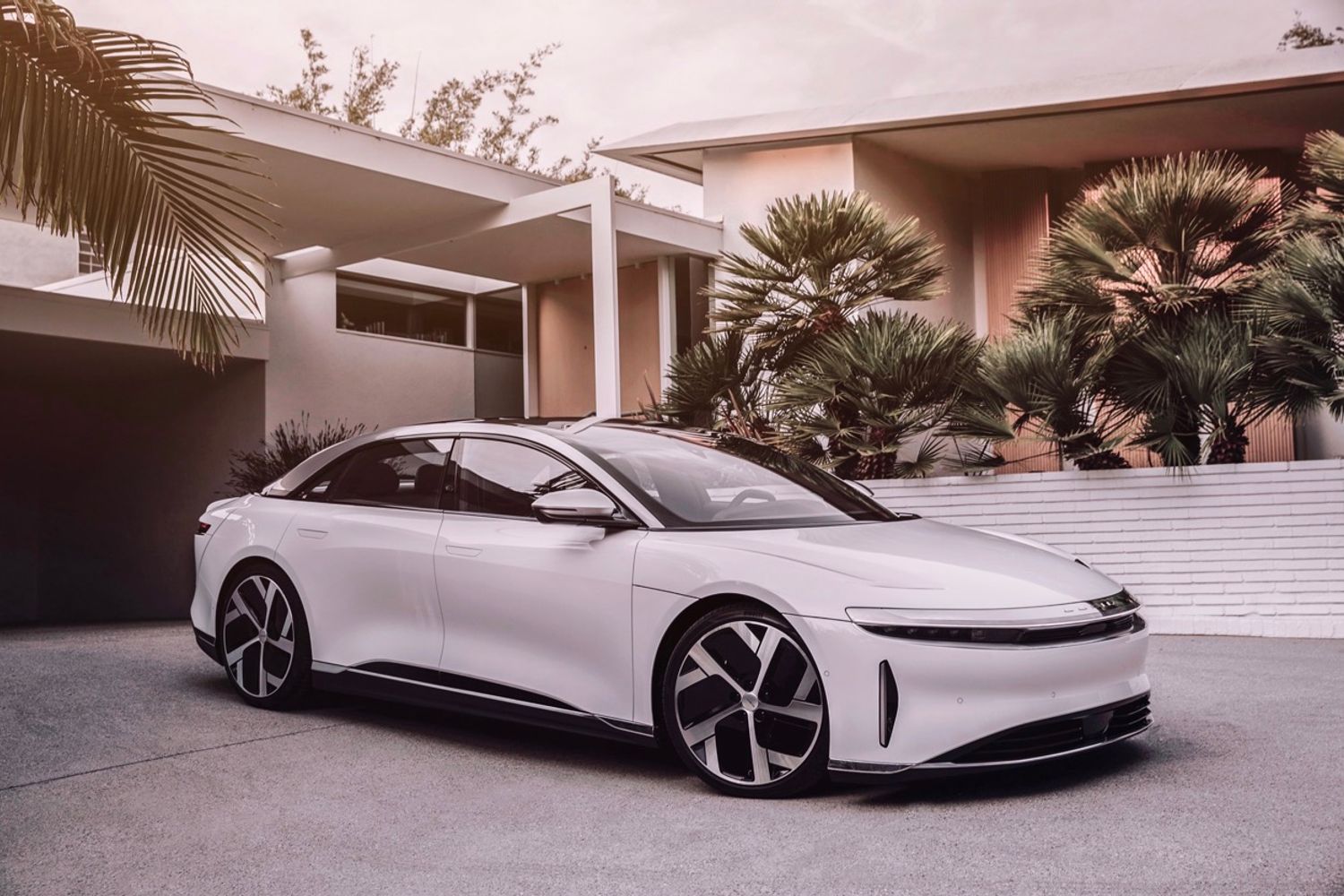 It’s a well-worn cliché to say a new car is a ‘Tesla beater’, and it’s one that has been used for every upmarket electric model which is launched. It inevitable causes cries of derision from the Tesla fans, who point out the newcomer’s failings or show that Tesla has moved the goal posts once again with improvements.

The Lucid Air is the car which seems to be causing the Teslarati the most concern. The newcomer is arguably the most serious rival yet to the Model S. It’s elegant and freshly styled, but more importantly for electric car fans it has an almost 120 kWh battery pack, excellent efficiency and has a standard range of 520 miles as a result. That’s by far the best range in this league.

The Lucid is developed and also built in the USA, just like the Tesla, and is due to be launched on this side of the Atlantic in the second half of the year from the first European showroom in Munich.

There is no price yet, but this much is already certain: the Lucid Air will not be cheap, probably starting at just under £100,000. That makes it a rival for not just the Model S but also the Mercedes EQS, for example. And even that will be the ‘basic’ model, which will not go on sale until mid-2023 at the earliest.

Nevertheless, the Tesla challenger's chances could hardly be better. After all, no one knows the Model S as well as Lucid boss Peter Rawlinson. He worked at Tesla himself and led the development of Elon Musk's first cars. No wonder, then, that the Air looks like a copy of the Model S - only without compromises and instead with many improvements.

For example, in the interior: where the Tesla comes across as almost naked with its large touchscreen and little else, Lucid has found a better balance of old and new worlds. There are elegant surfaces, fine materials and even a few classic switches, such as for volume and ventilation - and yet a slim screen hovers behind the steering wheel, and the inevitable tablet sits enthroned in front of the centre console.

In addition, the Lucid offers a reasonable amount of space: the Model 3 sized 400-litre luggage compartment in the back is joined by a 200 in the ‘frunk’ under the bonnet. And although it is only about the size of a Mercedes E-Class on the outside, rear-seat passengers in the Lucid sit almost as comfortably as in an S-Class.

Even the EQS seems rather cramped in comparison, and for rear-seat passengers in an electric Audi or Porsche, the Lucid is positively luxurious. The airy impression of space in the Air is further enhanced by the huge windscreen, which extends far behind the driver's seat into the roof, opening up completely new views.

In terms of driving, the Lucid Air is as astonishing as it needs to be to play at the £100,000+ class, and take on electric cars which are some of the fastest in the world. The Dream Edition has an incredible 1,096 bhp – that’s more than eight of Vauxhall’s Corsa-e.

But the Lucid does not win with the brute acceleration alone, for which the developers - we are in America, after all - have specially programmed a warning to prevent lawsuits. At less than 3.0 seconds from 0 to 60, it's true that you do lose your breath for a moment. And the top speed, limited to 167mph because of the tyres, is not bad either.

But even more impressive is the punch that the Lucid develops beyond the normal cruising speeds. Where other electric cars start to tail off the power as the speed increases, the Air pulls away easily and never gets out of breath. Overtaking is child's play, even on the motorway.

No less impressive is its easy handling. Although the car is almost five metres long, weighs more than 2.5 tonnes and has neither the luxury of air suspension nor rear-axle steering, like rivals, it takes the byways in the hills behind Hollywood just as pleasurably as the highways down by the coast. Tight bends, winding canyons or steep passes are surprisingly fun.

Like Tesla, Lucid largely leaves suppliers out of the equation to simplify production and development. Key components such as batteries and motors are developed and produced in-house. The battery blocks, of which there are 18 or 22 in the car depending on the configuration, have already been supplied to Formula E for years and have thus been able to test them sufficiently. And the motor weighs just 74kg, making it one of the lightest and smallest in the entire market.

The chargers, which are designed to be bidirectional so that they can also feed the house with the car’s battery if needed, charge at up to 350 kW and make the Air the fastest car at the socket: under optimal conditions, the power for 300 mies flows into the battery within 20 minutes.

But in view of the huge range, customers will hardly have to try it out very often: the Air can get from Los Angeles to San Francisco on one battery charge.

Lucid already has a factory in Arizona up and running, but will have to prove that it can build more than the 520 cars of his Dream Edition and process more than 10,000 pre-orders. Then the leap across the Atlantic has to be mastered, not to mention the expansion of the model range and the launch of the SUV already announced, and called Project Gravity. But even if it takes the company a little longer than planned, the Lucid Air is a breath of fresh air which will give Elon Musk a little chill.