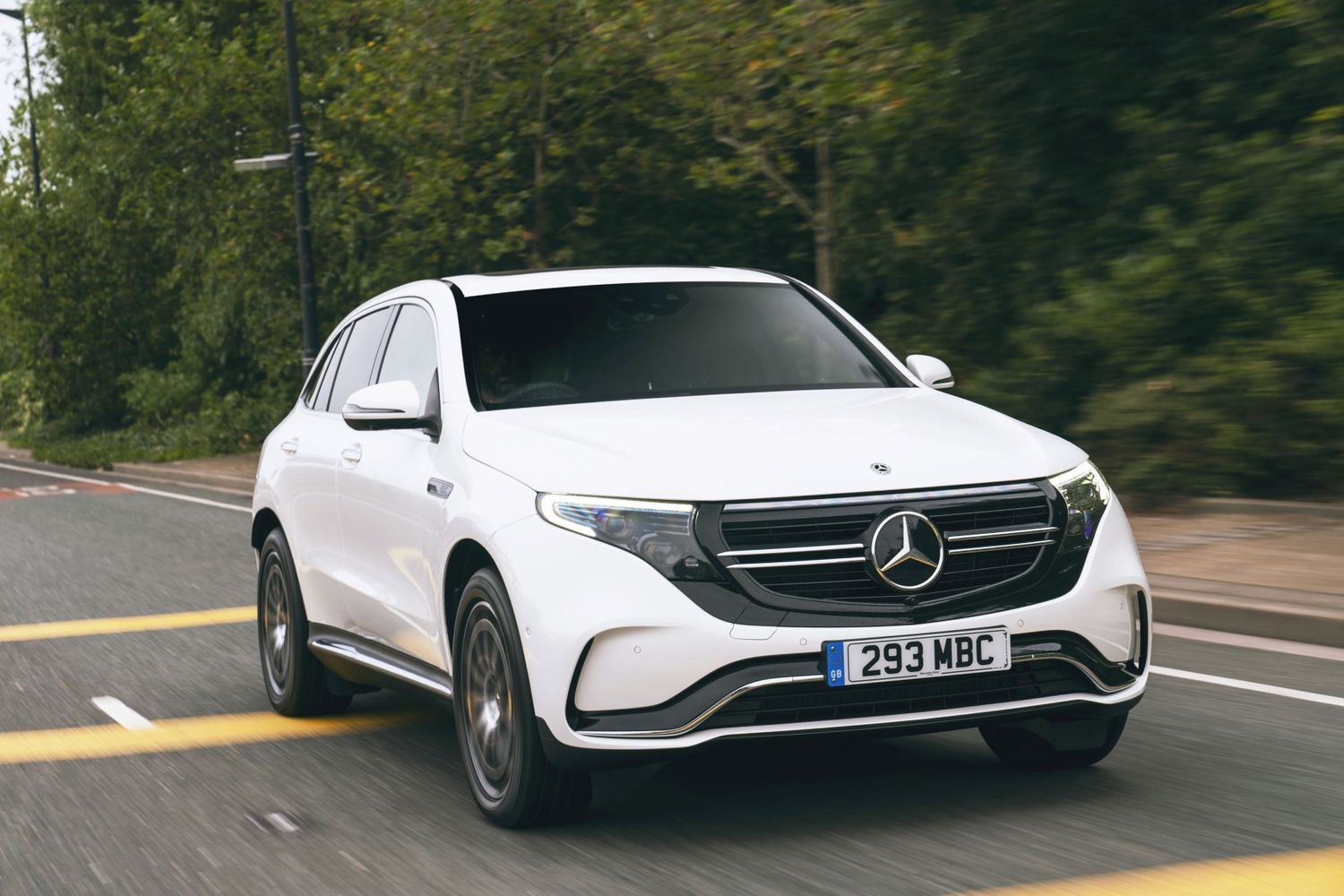 With Jaguar, Audi and the upstart newcomer Tesla all having electric SUVs, Mercedes didn’t want to get left out. So rather than start from scratch and build an electric car using a clean sheet like those rivals, Mercedes decided to convert one of its existing cars to use an all-electric powertrain.

In this case, it used its GLC – a mid-sized SUV – as the base. The engine was been replaced by two electric motors, one each for the front and rear wheels. An 80kWh battery has been squeezed under the floor and then the styling has been tweaked to make it look a little more special than the ‘normal’ GLC. The most noticeable change is the smoother grille and full-width LED lamps across the bonnet and bootlid.

The overall result of the conversion is pretty successful, but it’s not without compromises. Those two motors combine to give it 402bhp, which is more that some of Mercedes’ AMG performance models. It feels fast too, especially when you accelerate from a standstill or are overtaking.

In most situations only the front motor is used to help efficiency, with the rear only being brought in when the driver demands full power or the electronics sense the extra grip of four-wheel-drive is needed.

The power and traction means it actually makes a pretty good tow car too, although that has an obvious effect on the range.

The best part of the EQC though is the refinement. It might not be as much fun to drive as some of the competition but it is almost spookily silent. The noise from the electric motors, wind and tyres is all insulated so well that it’s more refined than a Rolls-Royce inside. The suspension soaks up the bumps well too, meaning that there are few cars which are so soothing after a hard day.

The downsides of the ‘conversion’ are mainly around weight and interior space. The EQC is nearly two and a half tonnes, which is almost the same as two BMW i3s. This impacts the range and efficiency, meaning the EQC’s 80kWh battery will struggle to match the range figures of the competition. With batteries under the floor, the interior space is also a little tight, especially for the middle seat passenger in the rear.

If you can live with these compromises though, the EQC is a convincing electric car which is beautifully built and incredibly relaxing to drive. Rival cars may be better at many things, but as an overall package the Mercedes might win on points.