Nissan's long-awaited follow-up to the LEAF is a really impressive package, and is admirably different from other electric SUVs.

“Nissan may have kept us waiting for the Ariya, but now we've driven it in the UK, I reckon it deserves to one of the pack leaders. Nissan is clearly moving away from the cheaper end of the market and has produced very high quality car that impresses in almost every area. ”

“Nissan has done a good job with the Ariya, but it does look expensive when compared to some of its sector rivals when compared spec-for-spec. But if the monthly repayments work for you, then it makes a great alternative to other cars in the sector. ” 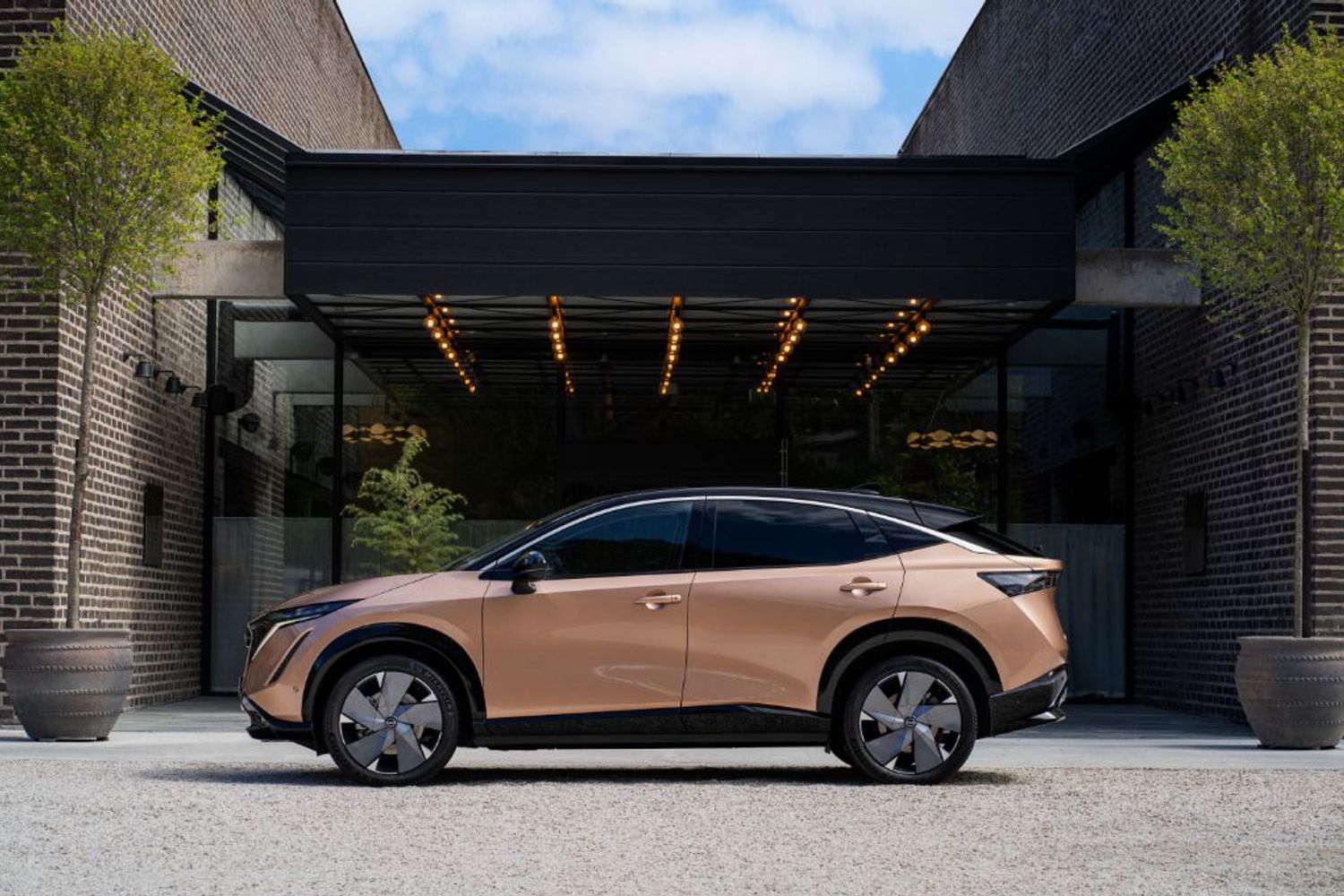 ​Got questions? We've put together the most frequently-asked topics  below. If there's something we haven't answered here or in the review  then let us know on our contact page.

Does the Nissan Ariya replace the Leaf?

No - it's a separate model and is bigger than a Leaf.

How much does the Nissan Ariya cost?

The cheapest 63kWh two-wheel drive model starts at £43,845 while the range tops out with the 87kWh e-4ORCE variant at £56,290. Although that makes it look more expensive than rivals such as the Volkswagen ID.4 and ŠKODA Enyaq, Nissan claims the Ariya's resale values are predicted to be much higher than all the leading rivals, meaning the finance and lease payments for most customers will be similar to cheaper models.

Can you tow with a Nissan Ariya?

Yes - both two and all-wheel drive versions will be homologated for towing duties. 63kWh versions can tow up to 750kg, while 87kWh versions are rated at 1,500kg.

Does the Nissan Ariya use CHAdeMO rapid charging like the Leaf?

No - Nissan is abandoning this charging format in Europe and moving over to the more common CCS.

How fast can the Nissan Ariya charge?

All versions accept a rapid DC charge at speeds of up to 130kW, which is on a par if not fractionally quicker than its rivals with the notable exceptions of the Hyundai IONIQ 5, Kia EV6 and Tesla Model Y, all of which can charge at well over 200kW. The 63kWh model will be able to charge from 10-80% in an estimated 31 minutes while the 87kWh version will do the same in around 35 minutes.
Review »