Rivian, a car company few people have even heard of in the UK, is about to have its ‘Tesla’ moment with the launch of the world’s first all-electric pickup. It's brilliant, but is it too big for our crowded roads?​

“You could argue that a three-tonne pickup goes against the whole idea of reducing our impact on the environment. On the other hand, the Rivian could well tempt drivers away from gas-guzzling SUVs and 4x4. ”

“I love pickups and l love electric cars, so this is the perfect combination. I like what Rivian is trying to do and the gadget fanatic in me loves things like tank mode and the cargo tunnel. ” 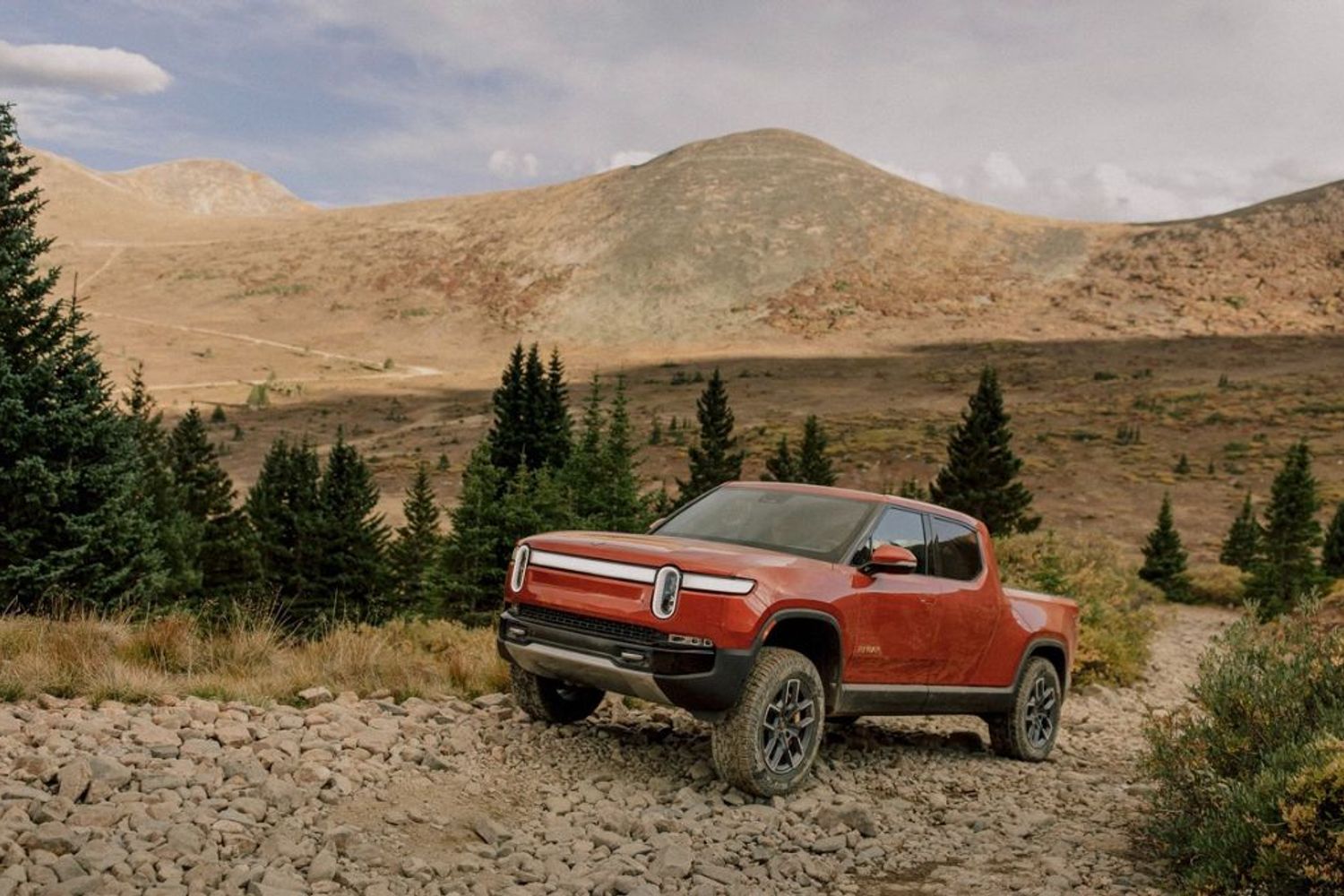 Traditionally, pickup trucks have always been at the lower end of the car technology food chain. Cheap to make, and affordable to buy, pickups have been defined over the years by their back-to-basics engines and simple, old-school suspension systems.

Now, all that is set to change with the arrival of the electric pickup. Rivian, a car company few people have even heard of in the UK, is about to have its ‘Tesla’ moment with the launch of the world’s first all-electric pickup - the R1T. Launched in the US earlier this year, the brand is planning to launch into the European market soon.

Rivian might not be the only car brand with an electric pickup in its plans, but it’s the first to actually start delivering them. Tesla unveiled its Cybertruck but has yet to reveal a production version while Ford has yet to fulfil any orders for its F150 electric.

While pickups are niche product in the UK, in North America the market for flatbed trucks is enormous. Pickups regularly top the sales charts across the country, a fact that hasn’t gone unnoticed by startups such as Rivian.

In the metal, the R1T is an enormous machine. Although we’ve seen it in the US, it’s only when you get it on the road next to European-sized cars that the sheer bulk of the R1T becomes apparent. In terms of design detail however, the Rivian is far from ostentatious. Smooth, restrained and neatly proportioned, the R1T is a clever piece of design. The vertical headlamps provide the biggest talking point, but the lack of grille, running boards and steps all combine to create a clean, fuss-free look.

The theme continues inside, where there’s a chunky simplicity to the layout. There are two landscape format screens, one behind the steering wheel and the other incorporated into the main dashboard. While the look is clean, it has more character and personality than a Tesla - largely thanks to the blocky dashboard frame that wore a neat wood effect finish in our test car. Like the Tesla, however, you’ll need to interact with the touchscreen in order to access most of the systems. Everything from the seat adjustment to the mirrors is controlled via the screen.

Rivian has designed the R1T to be used for adventure, and is aiming it squarely at outdoor types. One of its many unique features is a ‘Gear Tunnel’ - a full-width storage space behind the passenger cell. Accessed via panels on the side of the R1T, it’s big enough to hold enough kit for a camping expedition and can be kitted out with a sliding kitchen if cooking outside is your thing.

Unsurprisingly, the Rivian comes with a battery to match its oversized body. The standard range models come with a vast 105kWh pack while the long range models are fitted with a 135kWh pack. When Rivian finally launches in Europe, they will be the largest packs fitted to any electric car.

Yet despite the gargantuan packs, the R1T’s range figures are relatively modest. Thanks to its vast frame and heavyweight construction (it tips the scales at just over three tonnes), the long range model has an EPA range rating of just 314 miles. To put that into perspective, a 77kWh Volkswagen ID.4 has a higher range figure of 322 miles despite its battery being almost half the size.

For those wanting to go further in their R1T, Rivian is already planning to introduce a Max Pack version that will come complete with a 180kWh pack that promises to deliver more than 370 miles of range.

As for charging, Rivian claims that the R1T can accept a DC charge at 200kW, which is about the maximum possible with the car’s 400 volt charging system. Rivian’s figures suggest that when hooked up to a suitable charger, the R1T can add around 125 miles of range in 20 minutes.

Range-topping models are fitted with a quad-motor system that allows each wheel to be driven individually. This allows the R1T to have exceptional traction in all conditions. Combined, all four motors generate a total of 840bhp and a torque peak of 1100Nm. And when you’re not tacking a sheer rockface, the R1T decouples two of its motors and drops the output down to 600bhp. Which is plenty enough for anyone.

Entry-level models will make do with a dual-motor set-up that should be just as competent off-road. All versions are equipped with air suspension, along with four driving modes designed to cope with whatever you care to throw at it.

On the road, the R1T is big but also ludicrously fast. Rivian claims a 0-62mph time of around three seconds, and it feels every bit as fast as those figures suggest. It’s enough to shake the world view of every Porsche driver. But that's not the essence of this pick-up. The Rivian is serene, as you sit enthroned above traffic and experience comfort that has rarely been found in other pick-ups.

The quiet and effortless acceleration and the air suspension make it a feeling like a luxury SUV rather than a load lugger, and the fact that it does not clunk its transmission like an old diesel means feels as manoeuvrable as a small car.

It has a special party trick too - if you are on a slippery surface (or don’t care about your tyres) you can even let the car spin on the spot like a tank with counter-rotating motors.

In the US, the Rivian R1T range starts at $67,500, which at current exchange rates is around £56,000. The quad motor model with the larger battery starts at around £68,000 while the range-topping model will set you back around £75,000. While these prices might come as a shock to those hoping for a back-to-basics cheap electric pickup, Rivian is setting its sights on buyers who might normally consider a Range Rover or BMW X5.

In terms of plans for a UK launch, Rivian is yet to confirm plans for a European sales network. The fact that we were invited to drive the R1T in Europe suggests that Rivian will announce something shortly. However, whether those launch plans extend to creating a right-hand-drive version for UK remains to be seen.