A practical, efficient and affordable family SUV that does most things well and has a great warranty. Watch our used buying guide video here and our old-versus new test here.

“Kia makes great electric cars and the e-Niro has been a big seller, so there are a decent number of them around used. By fussy though, as some have been used as taxis and could be looking a bit tired. ” 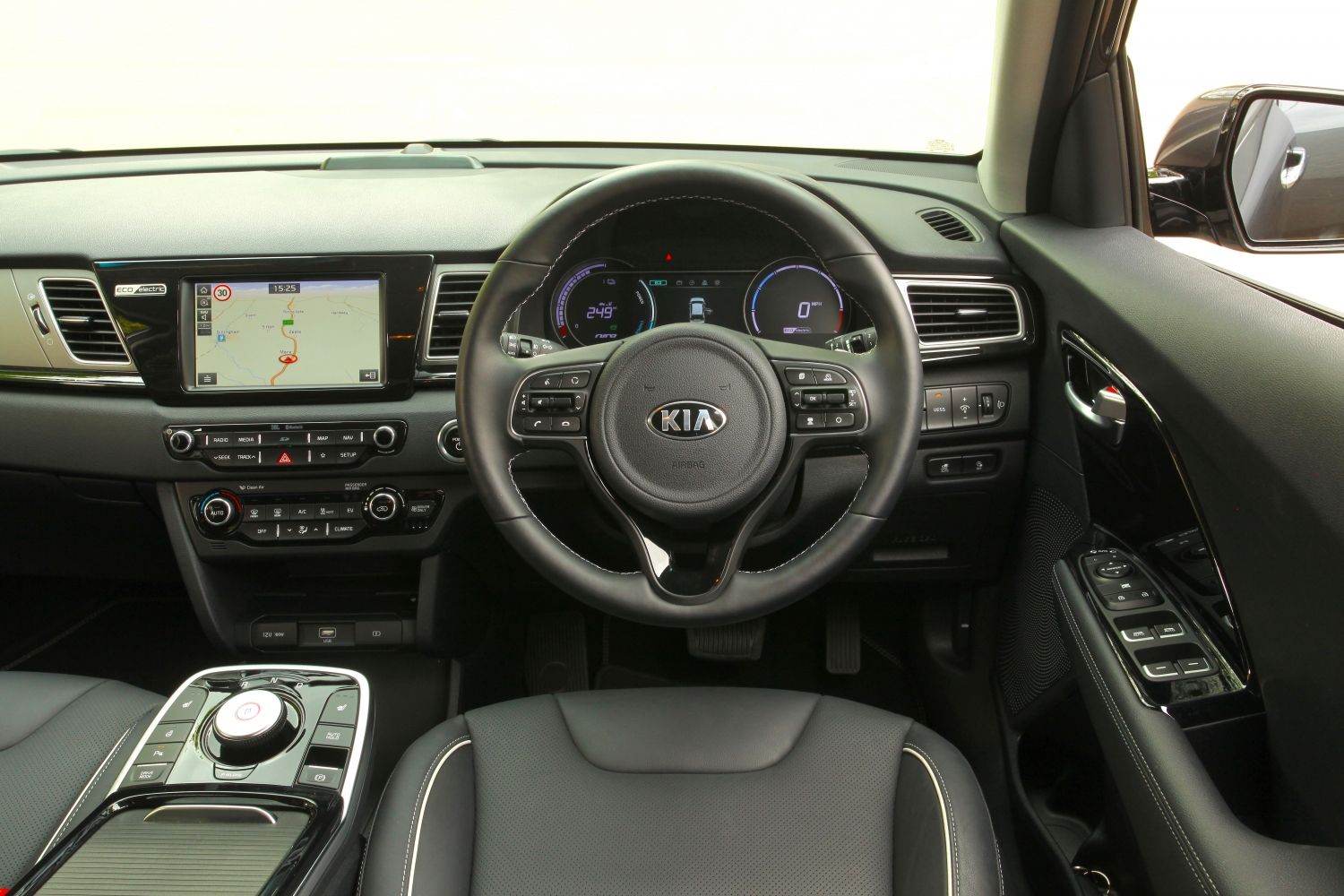 As there is a waiting list for new cars, you’ll actually have to pay more for a used car if you want to jump the queue. But there are some older e-Niros on the used market now with useful savings.

Kia is playing a starring role in creating affordable yet high-performing electric cars. For a little while now, it has been making electric cars that outgun many rivals in terms of range but for a fraction of the price. The e-Niro has been a crucial example of this. It’s priced in a far more budget-friendly manner but incorporates loads of standard equipment and even a seven-year transferable warranty - so even those buying a used e-Niro are set to benefit.

And because they’ve been so popular, they’ve started to become a more frequent sight on the used car market. For those looking to take their first steps into electric car ownership without breaking the bank, Kia’s e-Niro could make for a very solid choice. Let’s take a look at what else you need to know about it.

As with nearly all electric cars, the used prices of the e-Niro have remained relatively strong. At the cheaper end of the market you’ll be looking in the region of £27,000, but these models still have relatively small miles on the clock with many bringing several years worth of Kia’s included warranty - a real bonus for those looking for hassle-free motoring.

Further up the price range you could be looking at between £30,000 to £40,000, but here the e-Niro makes less sense as a used buy. It might be the case that you’ll be able to buy a larger-battery e-Niro - there are two options available - for less money than new, but if you can wait it’ll likely be worth getting one fresh from the showroom instead.

It’s also worth noting that Kia updated the e-Niro in 2020, having first introduced in the year. Though it was a subtle one to say the least, it did bring new LED headlights and a larger screen which have both remained on the car right to the present day. Though the battery and motor technology remained unchanged, if you do want a car with the latest features you’ll have to opt for one made after 2020.

However, all cars come loaded with equipment. Even the cheaper, smaller-battery models come with features such as alloy wheels, Bluetooth and Apple CarPlay, and parking sensors. You really would struggle to find a feature that isn’t fitted to the e-Niro.

Kia makes three versions of the Niro - a regular hybrid version, a plug-in hybrid variant and the one we’re looking at today, the electric e-Niro. All three follow the same basic styling format, but the e-Niro can be differentiated from the other two by one key aspect - its smoothed-off grille. It’s a styling touch you’ll see on the vast majority of electric cars, too, It’s because electric cars don’t need as much cooling as regular petrol or diesel cars - and they need to be as aerodynamic as possible too - so many incorporate a smoother-style grille. As well as looking a bit more futuristic, it makes them ‘slipperier’ in the air.

But the e-Niro certainly isn’t an example of a manufacturer going overboard when it comes to styling. It looks, for the most part, just like a normal car with a high-up stance making it look all chunky, while a handful of blue elements do help to brighten the car’s look a little more. All in, you’d be hard-pressed to distinguish the e-Niro as an electric car - apart from that front grille, that is.

The best part of technology that the e-Niro has at its disposal is, of course, its electric powertrain. It’s available with two battery options of either 39kWh or 64kWh. With the former, you should get up to 180 miles of electric range, while this bumps up to 282 miles in the latter. The smaller battery is also hooked up to a less powerful electric motor bringing 0-60mph in 9.7 seconds and this falls to 7.7 seconds in the more potent, big-battery version.

The car fitted with the smaller battery will top out at 96mph, while the larger battery option will carry on towards a top speed of 104mph. But really, this isn’t a car all about top speeds. However, most drivers who are used to more conventionally-driven cars will no doubt find the e-Niro’s off-the-line acceleration impressive. Between zero and 30mph, it has a real sense of urgency brought on by the electric motor’s instant acceleration.

Since the e-Niro isn’t powered by an internal combustion engine, it doesn’t really have a fuel economy to speak of. Its CO2 emissions are also zero, which means it’s a great option for business users looking for a low rate of tax, or drivers who frequently enter into low-emissions zones where the e-Niro is exempt. We have always found the e-Niro to be really efficient with its electricity use too, so you'll get more miles for your volts.

Since the e-Niro is a relative newcomer to the electric car market, we don’t know how it’ll fare in terms of reliability. Kia does, however, have an excellent reputation in this area, so we’re quite sure that the e-Niro will prove to be a hassle-free purchase. A handful of people have had issues with software - namely the recognition system - but the e-Niro appears to be a largely faultless model. Only time will tell whether or not this will continue, mind you. The only complaints we've heard are around the soft paint being easy to damage and the interior trim scratching easily.

The e-Niro is capable of charging at speeds of up to 77kW, too. Essentially, the greater the number the quicker a car can charge, so plugging in the e-Niro to a 100kW rapid charger will mean that it can only accept up to 77kW - the car’s limit. Even so, it’ll only take an hour to do a 0-80 per cent charge at a rapid 100kW charging point, while a 0-100 per cent charge at a 7.2kW home wallbox will take nine hours - short enough for overnight stops. Most manufacturers don’t tend to advise using a three-pin plug unless absolutely necessary, and given that fully charging the e-Niro via this method would take 26 hours, we’d have to agree.

The e-Niro is a great way of entering into the world of electric cars. It provides a decent range, has a well-made and well specified interior and it doesn’t scream about its battery-powered underpinnings through its styling, either. Kia’s solid reputation for reliability will no doubt work in the e-Niro’s favour, while continued demand for new models will likely ensure that the used options become a more frequent sight in the classifieds.

If you’re after a used electric car that will nearly slot into the gap left behind a conventional petrol or diesel car, then this is it.