Dacia’s cut-price electric car, the Spring, could finally be available to British customers, according to brand CEO, Denis Le Vot. The once-Romanian brand, which is now part of the Renault empire, axed plans to introduce the current car to the UK earlier this year, citing overwhelming demand for the car in mainland Europe. Now, Dacia has confirmed that a version of the Spring – which is likely to be a facelifted evolution of the current model – could arrive in the UK before the end of 2024.

Le Vot appeared to confirm its UK plans in an interview with Car magazine, saying that Dacia was committed to adding the Spring to the brand’s UK line-up. However, he was not able to put a timeframe on its introduction. It’s likely that Dacia will wait until an updated and facelifted model is introduced in 2024 before giving the green light for UK imports. The Spring is made in China as part of a joint venture between Renault, Dongfeng Motor Group and alliance partner Nissan.

Although Dacia has enjoyed strong demand for the Spring, its introduction has not been without problems. In 2020, French trade unions objected to Renault’s decision to build the Spring in China, The FO union, which represents Renault workers, called for the brand to stick to its goal to make France a global centre of excellence for electric cars. The union said the Spring's carbon footprint will be "disastrous" thanks to the emissions involved transporting the model to Europe from China.

The Spring suffered a further blow in 2021, when it performed poorly in its EuroNCAP safety test. The five-door hatch recorded a one-star score, making it one of the lowest scoring cars ever tested by EuroNCAP. Although Dacia has yet to announce any details, it is likely that the facelifted car will offer improved safety protection.

In France, the Spring currently sells for just under 20,000 euros - around £17,500. French customers can then deduct £4,666 (at current exchange rates) as part of the Government’s electric car incentives. Even if Dacia was able to introduce the Spring at around £20,000, it would still be the cheapest all-electric car available in the UK by some margin.

While the Spring has proved popular in mainland Europe, its modest performance and specification may come as a surprise to UK buyers – especially if Dacia opts to leave the drivetrain unchanged.The current car comes with a 27kWh battery that delivers a WLTP range of just 143 miles when driven in Eco mode, which limits power output to 31bhp. Top speed in Eco mode is 62mph. Drivers needing more power can trade range for performance by switching off Eco mode. In normal mode, the Spring generates 44bhp and has a 78mph top speed. In terms of charging, customers can add a rapid charging option (£525) that allows the Spring to charge at up to 30kW via a CCS connection. 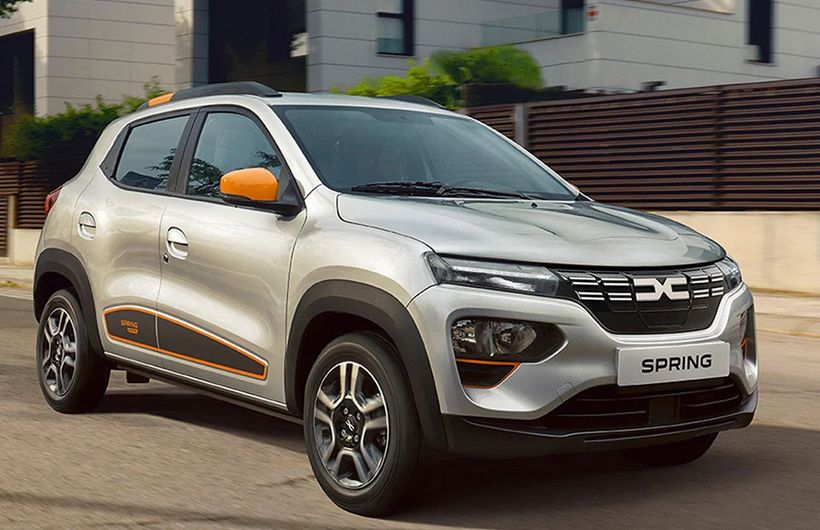