Genesis has revealed the price of its Electrified G80 saloon, and it undercuts key rivals such as the Mercedes EQE, Audi e-tron GT and the currently unavailable Tesla Model S.

The G80 will only be available with one trim level, priced at £65,805. The car will not be sold through traditional dealers but will be available to try at showrooms called ‘Studios’ before being delivered to your home.

Genesis is part of the Hyundai/Kia group, which means the G80 has got the very best of the technology which has made the IONIQ 5 and EV6 such a hit. It has a 323 mile official range from a 87.2kW battery and runs an 800v electrical system, which means it can charge from 10 to 80 percent charge in just over 21 minutes.

Engineers claim that the special conditioning of the battery means it will charge consistently at between 150 and 175kW between a 10 to 80% battery level to minimise the time spent plugged in.

It is also partially self-charging, as a solar roof panel is an option and it’s claimed it can add more than 700 miles of range per year even in the UK’s climate.

Other options will include a Vehicle to Load (V2L) plug which will allow owners to plug in 240v electrical appliances of up to 3.6kW and run them from the car’s battery. That’s enough for a kettle, microwave, or even another to charge another car in an emergency.

The G80 is powered by two electric motors which give a total of 365bhp and four wheel drive. It’s good enough for a 0-62 time of 4.9 seconds. The car will also automatically disengage the front motor when it is not needed to improve efficiency.

The G80 is available to order now, with the first car being delivered from Summer 2022. 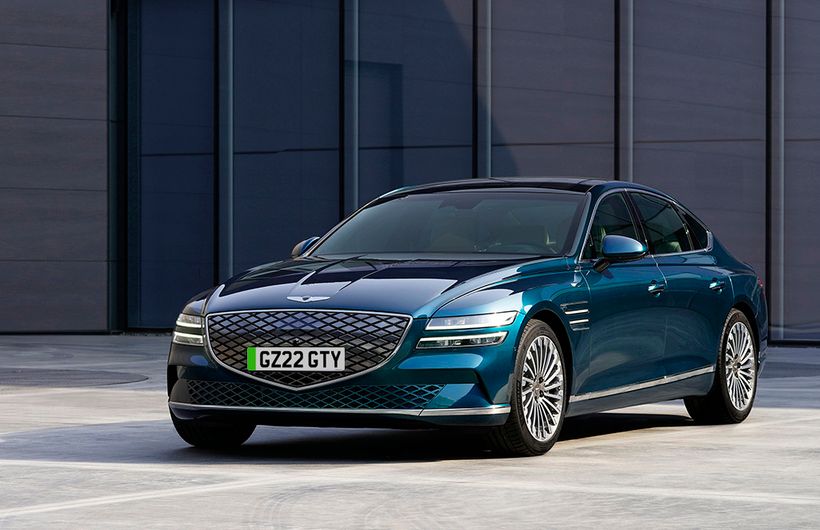 Genesis G80 comes with an impressive 323 mile official range from a 87.2kW battery and runs an 800v electrical system
Continue the conversation in the Electrifying forum