Jeep is set to transform itself into a fully electric brand under plans revealed by parent company Stellantis. Speaking during the brand’s Dare Forward 2030 presentation boss Carlo Tavares laid out a programme of new launches that will see all the group’s European products move to battery power by 2026.

Tavares confirmed that Stellantis would increase its battery production to manage the increased demand for electric cars and revealed that it will have 75 different electric cars in its portfolio by 2030. The group, which owns Peugeot, Citroen, Fiat, Vauxhall, Alfa Romeo, Jeep and Chrysler, has ambitions to be the biggest player in the electric car market by the end of the decade.

The unveiling of the new Jeep came somewhat unexpectedly during the presentation, with Tavares joking that he was showing the car as light relief against a backdrop of number-heavy slides. However, although Tavares confirmed that the brand aimed to have the newcomer on sale in Europe in the first half of 2023, he stopped short of revealing any further details regarding battery size or projected range. 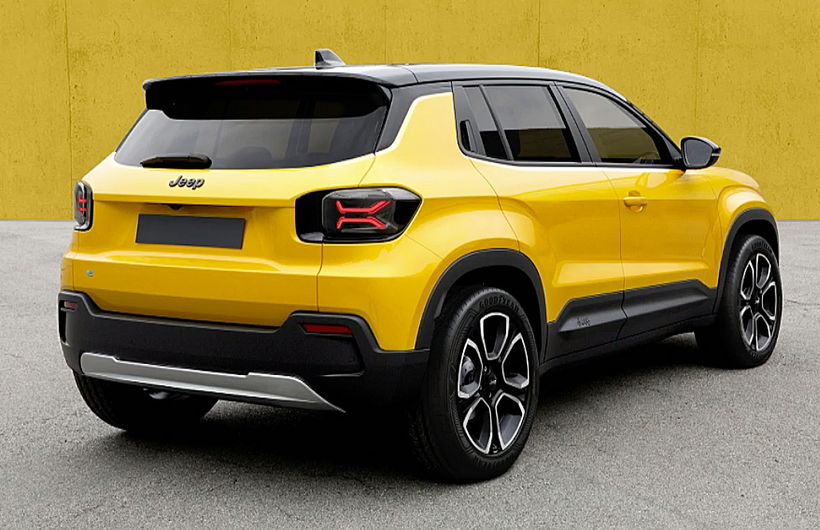 The as-yet unnamed newcomer appears to be more compact than the current Renegade and features the brand’s traditional seven slot grille. While there has been no official confirmation, the size of the car suggests that it will be built on a set of universal underpinnings known internal as the STLA platform. The same platform, which started life a Peugeot and Citroen design, now underpins a range of Stellantis group products including the Vauxhall Corsa-e, Peugeot e2008 and Citroen eBerlingo. For Jeep, which relies heavily on its four-wheel drive heritage, Stellantis is likely to modify the platform to allow space for an additional motor to be added on the rear axle. This would allow other Stellantis brands such as Alfa Romeo to create their own all-wheel drive crossovers with relatively low engineering costs. Should Jeep use the same platform as expected, the newcomer is likely to feature the same 50kWh battery pack as other Stellantis group cars.