Land Rover has at last made its smallest and most affordable models available with a plug-in hybrid option which brings savings of thousands for company car drivers swapping out of a diesel.

The Range Rover Evoque and Land Rover Discovery Sport are both now available as plug-in hybrids, following on from PHEV versions of the bigger Range Rover and Range Rover Sport. With official CO2 emissions of 32g/km and a zero-emissions range of up to 41 miles for some Evoque models, drivers will be taxed at six per cent in 2020/21.

The bigger Discovery Sport PHEVs qualify for a 10 percent BIK rate in 2020/21 with CO2 emissions starting at 36g/km and a zero-emissions range of up to 38 miles. With the diesel models attracting benefit-in-kind rates of 37%, the saving for company car drivers for choosing a PHEV will add up to thousands every year.

Be careful though, as the choice of wheels will affect the ratings, as bigger tyres have more drag and increase the fuel consumption. 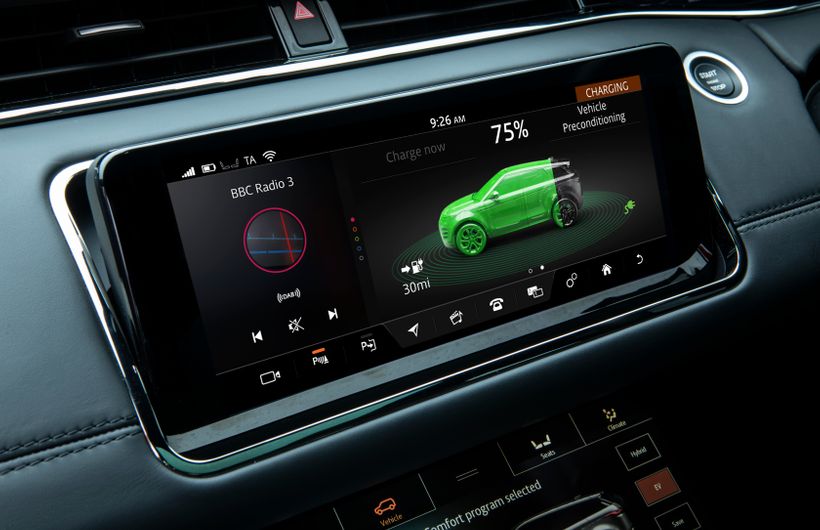 Private motorists should be able to save money too, as both cars are capable of doing an average commute on electric-only power, meaning the petrol engine would only be needed for longer journeys. The PHEV system can operate in electric-only mode, combustion engine-only mode or a combination, using the sat-nav data to automatically optimise the journey for efficiency.

The PHEVs use a new three-cylinder 1.5-litre petrol engine producing 200bhp and powering the front wheels combined with a 109hp electric motor at the rear, which gives all-wheel-drive capability and decent electric-only performance. Land Rover has even covered the battery in a thick metal plate to protect it in rough conditions.

The electric motor is powered by a 15kWh lithium-ion battery located below the rear seats – that’s marginally bigger than the 13.8kWh pack fitted to the best-selling Mitsubishi Outlander PHEV. Like the Outlander but unlike most other rivals, the Land Rovers can use DC rapid chargers to refill the battery, going from empty to 80 per cent full in 30 minutes when connected to a typical public ‘rapid’. Using a home wallbox will take an hour and 24 minutes at 7kW AC, while a conventional three-pin plug socket will take just under seven hours.