Tesla Motors CEO Elon Musk has used Twitter to suggest that the Cybertruck will be waterproof, allowing it to “serve briefly as a boat, so it can cross rivers, lakes & even seas that aren't too choppy”.

He also said it: “Needs be able to get from Starbase to South Padre Island, which requires crossing the channel.” This refers to the SpaceX base in Texas, which is separated from the mainland by a channel called South Bay in the Gulf of Mexico.

The Cybertruck is now due to start production in 2023 after a series of delays and a calamitous launch event in 2019. In the same year, Musk also suggested in a tweet that the Model S could float in water, with the spinning wheels acting as propulsion - although he didn't recommend trying it.

The Tesla boss seems to have a fascination with amphibious cars. In 2013 he paid £616,000 for the Lotus Esprit which became a submarine in the James Bond film The Spy Who Loved Me. 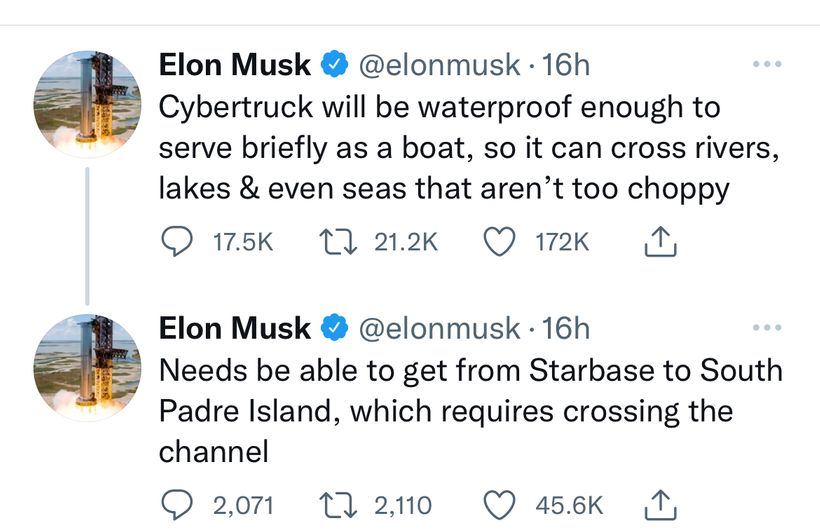