​The new Polestar 3 – the second all-electric car built by the Swedish brand is set to cost from £79,845 when order books open next month. The figure, which was intended to be announced at a launch event on 12 October, has leaked out of Polestar HQ, along with a number of technical details of the newcomer.

Both models, which will be pitched against rivals such as the BMW iX, Tesla Model X and Mercedes EQC, will be equipped with a huge 107kWh battery that has a claimed WLTP range of 380 miles in the Long Range version. It will feature a dual motor set up and offer a combined power output of 490bhp - enough to catapult it from 0-62mph in around five seconds.

The Performance model develops 510bhp and 910Nm of torque and is set to offer a sub-five second 0-62mph time. It too will feature all-wheel drive, although its higher performance levels mean that it will have a smaller range of 348 miles on a charge.

Although Polestar has yet to confirm dimensions and has only released two images of the final design to date, it’s clear from the battery and range specifications that the Polestar 3 will take the form of a large SUV. Aimed squarely at the lucrative North American market, the newcomer features a further evolution of Polestar’s slick design language but adds in a host of new details. The large D-pillar, flush door handles and unusual aero fins on the leading edge of the bonnet suggest that Polestar has aimed to maximise the 3’s aerodynamic efficiency. The long, estate-like roofline is expected to deliver exceptional levels of interior space.

In terms of construction, the Polestar 3 will sit on a set of underpinnings known as SPA2 (Scalable Platform Achitecture). This platform has been designed to accommodate both electric and internal combustion drivetrains, although the version of the platform that sits underneath pure-electric models, including the Polestar 3 and the forthcoming Volvo Embla (which replaces the XC90) has a completely flat floor. Future Polestar models are expected to move to an all-new, all-electric platform developed by parent company Geely.

The Polestar 3 is expected to be arrive in the UK early next year. 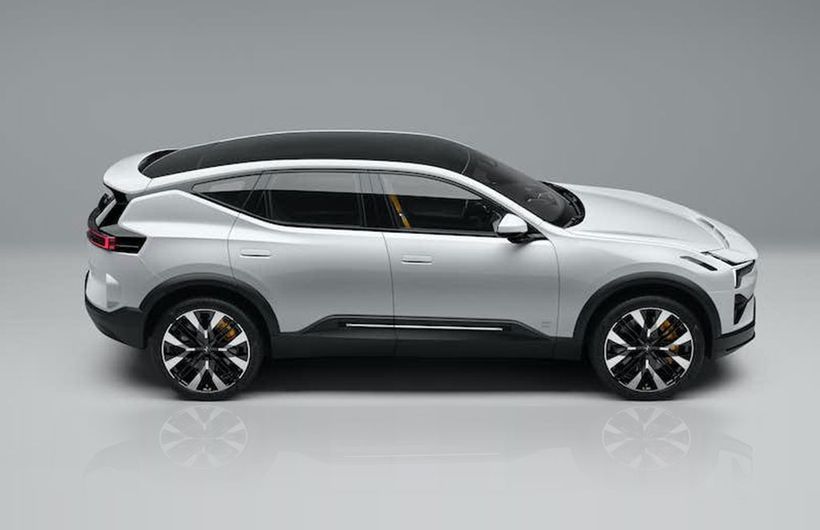