ŠKODA has announced final specifications and prices for the all-new Octavia vRS iV – the brand’s first ever electrified performance car. The newcomer features a plug-in hybrid drivetrain that develops a combined output of 242bhp, is now open for order with prices starting from £35,020 OTR.

At the heart of the new Octavia vRS – the first vRS to be offered with a plug-in drivetrain – is a 1.4 TSI petrol engine that delivers 148bhp and a three-phase permanent magnet 85kW electric motor that boosts combined power output up to 245PS. Maximum torque output is 400Nm – 30Nm more than the previous Octavia vRS model. 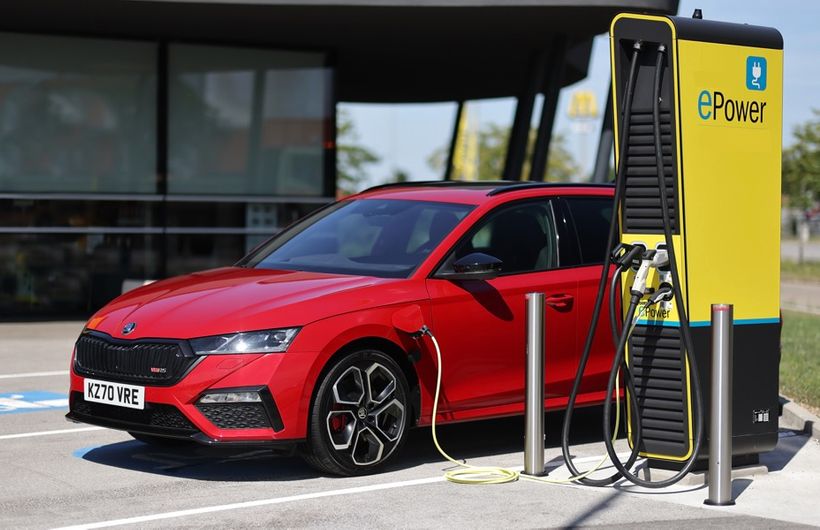 Torque of the town - Octavia vRS iV pumps out a mighty 400Nm of torque. But not while charging, obvs

The vRS iV is fitted with a 13kWh lithium-ion battery pack which can provide up to 39 miles of pure electric drive (WLTP) in addition to boosting the performance of the petrol engine. Charging is via a Type 2 connection and port located on the passenger side front wing. When connected to a 3.6kW charger, the battery pack can be charged from empty to full in 3.5 hours. Using a domestic three-pin 2.3kW power source, the pack can be fully charged in five hours. 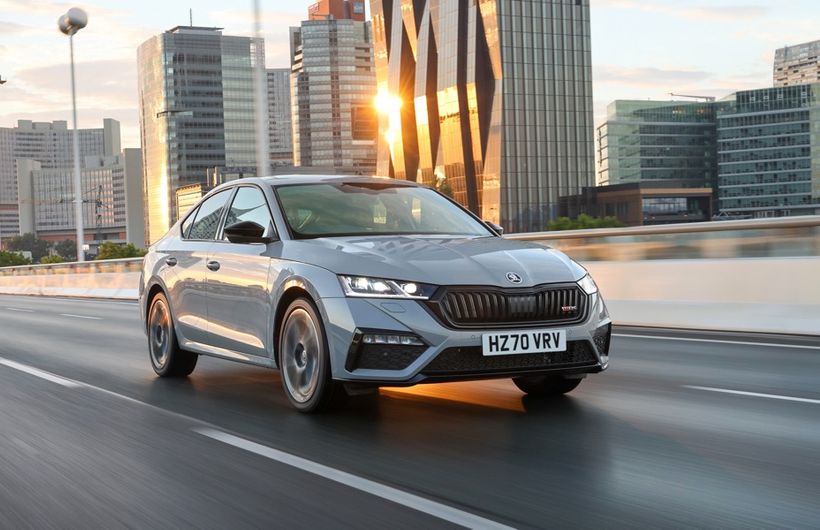 Both models available in Battleship Grey

Both vRS iV body variants accelerate from 0 to 62mph in just 7.3 seconds and have a top speed of 139mph. Thanks to the increased torque output over the petrol-only Octavia vRS, the iV model is more than 2.2 seconds quicker from 50-70mph.

The vRS will be joined by a less sporty standard iV plug-in model with 201bhp - aimed squarely at ŠKODA’s business and company car buyers. 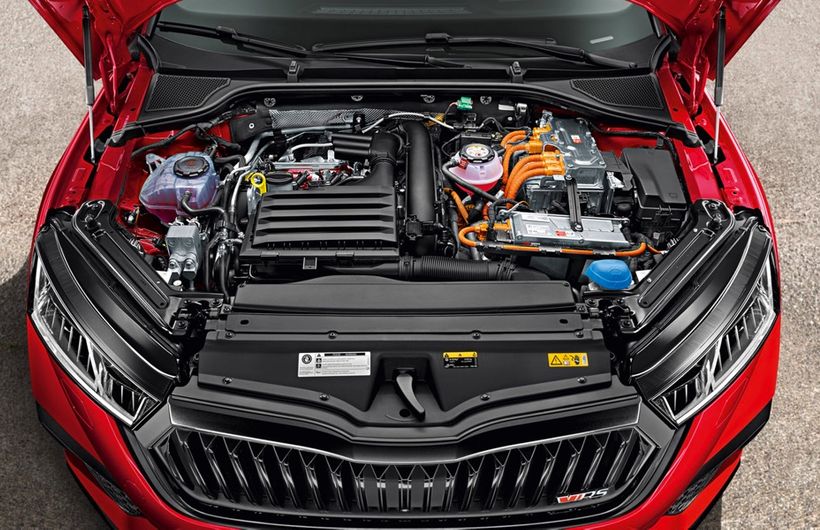