The ultimate accessory for Tesla fans?

You could now buy one of Elon Musk’s houses.

It must be the ultimate prize for any of Tesla founder Elon Musk’s legion of fanatical fans – the chance to own one of his houses.

The eccentric and outspoken billionaire announced on Twitter that he was putting most of his possessions up for sale, saying: “Don’t need the cash. Devoting myself to Mars and Earth. Possession just weigh you down.”

He followed the tweet by listing two of his US homes on the website Zillow. The first is a five-bedroom Bel Air mansion previously owned by film star Gene Wilder. It was first priced at $9 million but Musk clearly had a change of heart and increased it to $9.5 million. He also said on Twitter that the house would only be sold if the new owner promised not to demolish or substantially modify it.

The smaller house was once owned by actor Gene Wilder.

The bigger property is also in Bel Air and is described as being: “on private knoll overlooking Bel Air Country Club and the city and ocean beyond.”  Its features include a two-storey library, theatre, tennis court, wine cellar, gym, pool, and orchard.

It is on the market for $30 million, having also had a bizarre $100,000 price increase just two days after going on sale. You’ll need deep pockets to run the place though – the Zillow website helpfully lists the local property tax as $19,250 per month and the insurance at $10,500 per month. That’s on top of the maintenance and mortgage costs.

At least the electricity won’t cost too much. As you’d expect, both houses have Tesla charge points as part of their “motor courts”, along with solar panels to feed them. 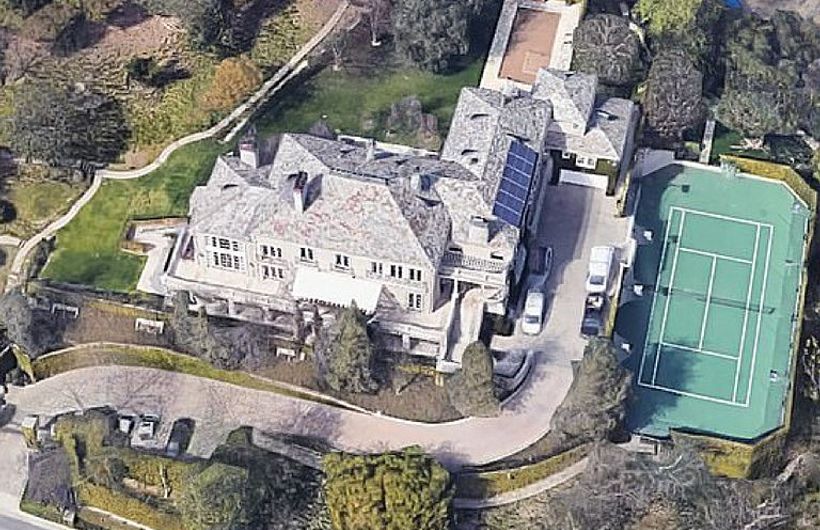 Tesla charge points and solar panels feature in both houses.