There's still no end in sight to delivery delays of the Toyota bZ4X electric SUV, after a worldwide recall has hampered launch plans and customers receiving their cars.

Although many expected the Japanese giant to develop a fix within days of the recall, the issue is taking so long to rectify that American customers are being offered a 'buy back' from the brand. America was the first market to make customer deliveries so is the the country where the buy back offer has been made.

The move comes after a global recall order submitted to Japan's safety regulator in June highlighted the fact that sudden braking could cause a hub bolt to become loose. This, in turn could increase the risk of a wheel detaching. According to the document, the risk is raised further by sharp turns. Toyota has been keen to stress that no accidents have been reported as a result of the issue.

The Japanese carmaker is offering customers who have already received their cars a number of sweeteners to keep them happy until the problems is fixed, including the use of a courtesy car and even buying the vehicles back from buyers.

However, the package of gratuities is available to US customers while British buyers are not being offered anything in recompense, Electrifying has learnt.

Around 500 UK customers out of the 2,700 total cars affected are just being told to sit tight, with Toyota UK not offering a buy-back option. No UK cars have been delivered so far.

Although recalls are common across the industry and happen to nearly every car manufacturer, the bZ4X recall is taking an unusually long time to sort. The problem also affects the identical Toyota-built Subaru Solterra, the launch for which has been on hold since the Toyota recall was announced.

Toyota told Electrifying that despite the serious nature of the recall and there being no time frame for the fix, customers can still place an order for the electric SUV. A note on Toyota's website says the bZ4X will be 'available for test drive and customer deliveries later in 2022', despite already having been launched to the press and dealers having demonstrators sitting on their forecourts. 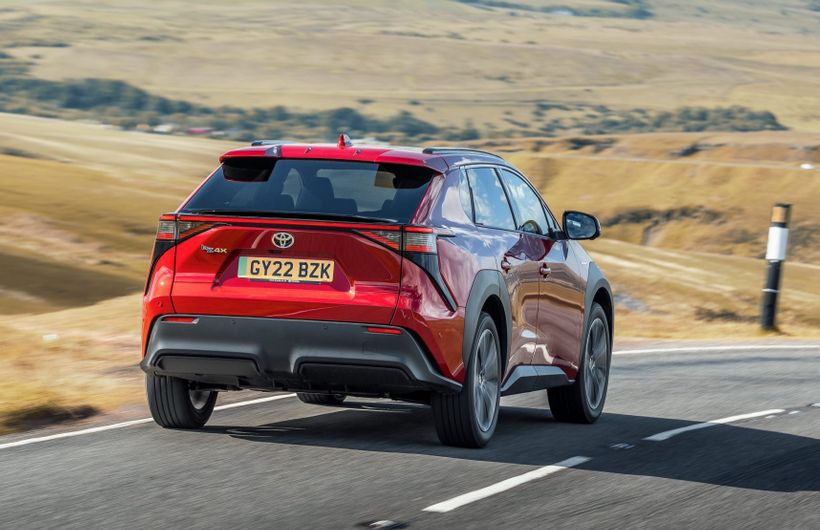