Volkswagen has confirmed that a campervan version of its forthcoming ID. Buzz commercial vehicle will go on sale in 2025 with the name ID. California. The news emerged during a Volkswagen presentation last week where brand bosses gave an update on production schedules for the ID. Buzz van and minibus variants. All three models; van, minibus and California will be built at Volkswagen’s Hanover plant in Germany.

Given that the ID. Buzz was shown in concept form as a campervan, there was an assumption that a production version would follow at some point. However, an announcement by brand manager Carsten Intra is the first official confirmation that an all-electric California is in the pipeline. Highlighting the production plans for Hanover, the German said: “The ID.California based on the ID. Buzz will combine the ongoing trend towards mobile leisure activities with sustainable, CO2-neutral mobility.”

Volkswagen declined to share any more information about the project, but based on existing and previous California models, the all-electric ID. version is likely to feature a small integrated kitchen and built-in cupboards. However, while the current models feature a gas-burning hob, the ID. California is expected to be fitted with an electric cooker with power taken from the main traction battery.

If the ID. California model mirrors the layout of the current combustion-engined model, rear bench seat will fold flat to form a double bed. However, as the ID is a physically smaller vehicle than the current Transporter van, sleeping arrangements may be a little more intimate. A pop-up roof is also likely to be part of the design, with space for two more to sleep in the roof area.

In terms of battery and range, Volkswagen has yet to reveal any specifications. It’s understood that the car’s underpinnings (which are an adapted from Volkswagen’s universal MEB platform) can accommodate a battery of around 100kWh, so even with the additional weight of the camper extras, owners should still be able to get more than 300 miles of range. As with other Volkswagen MEB models, the ID. California will be rear-wheel drive.

Volkswagen plans to start production of the ID. Buzz panel van and minibus early next year and has already starting pilot vehicles on the line in Hanover. Bosses have said that the California is currently earmarked for 2025, meaning it may be sold alongside the next combustion-engined California which is expected to arrive early next year.

Sadly, those hoping for an affordable camper in the spirit of the original Type 2 camper may be in for a surprise. The current California camper van – which is based on the Volkswagen Transporter van – starts from just under £60,000 for the most basic version without a kitchen. Given that the base van will be a much more expensive than the current Transporters, we’d expect ID. California prices to start at around £70,000 when it arrives. 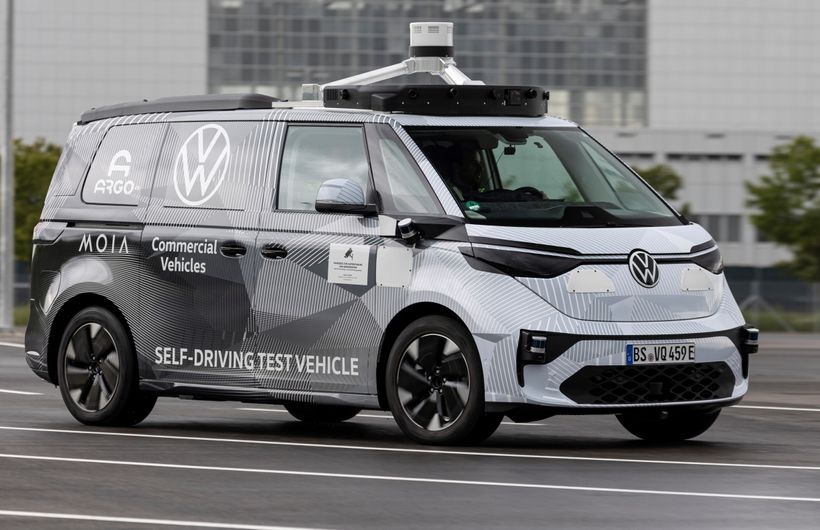 ID. California will be based on the ID. Buzz commercial vehicle which launches next year
Continue the conversation in the Electrifying forum