Welcome to my corner of Electrifying.com

Well this isn’t how March was supposed to play out. When we first thought about doing this electrifying.com Formula E blog at the start of the year, I’d envisaged writing this first one from an airport lounge or a quiet corner of the Formula E Commentary Box. I’d hoped to be giving you a bit of insider chit-chat from a race that had just happened or was about to get underway. I figured Ginny and Tom would be out testing the latest EV on a lovely spring day and we’d all be looking forward to a busy and exciting summer.

Instead, I’m in my make shift home office which is a corner in the garage where I’ve hung a map on the wall behind me. So I look marginally more professional on Zoom calls (an app that I’d never heard of before, but now it’s all I seem to do), and like everyone, I’m just wondering when everything is going to get back to normal.

Being away from the track means being away from some incredible people. We often refer to motorsport as a family. On the face of it, that’s a bit of a cheesy sentiment. Former McLaren boss Ron Dennis once called Formula One ‘The Piranha Club’, such was the cut-throat nature of the business. It’s not a sport you immediately associate with compassion and care. Teams are always fast to accuse others of bending the rules in the garages and all too quick to blame other drivers out on the track.

But look beyond the engineering arguments and on-track spats and you’ll find an industry that cares deeply about the people that work within it. Whether you’re doing an test on windswept Welsh airfield, or involved in Formula E at the highest level, there’s a camaraderie that few other sports can match.

When it comes to Formula E I’ve been there since the start and have seen it grow exponentially. Being in Beijing in Sept 2014 for the first race, we were dealing with so many issues, it was touch and go whether it would go ahead. But it did, and with a pretty big bang too. On the final corner of the final lap Nick Heidfeld pirouetted and somersaulted past Nico Prost and into the wall. Fortunately he walked away from the incident but that moment put FE on the map and we haven’t looked back since.

If you’d asked me at the start of the year what I’d be writing about in my first Formula E blog, it certainly wasn’t this. I was hoping to tell you the inside story on the battle at the top of the championship rather than the fight for the last Andrex multipack. I hope you’re keeping safe, with your mind firmly fixed on the time when we’re all back on track. 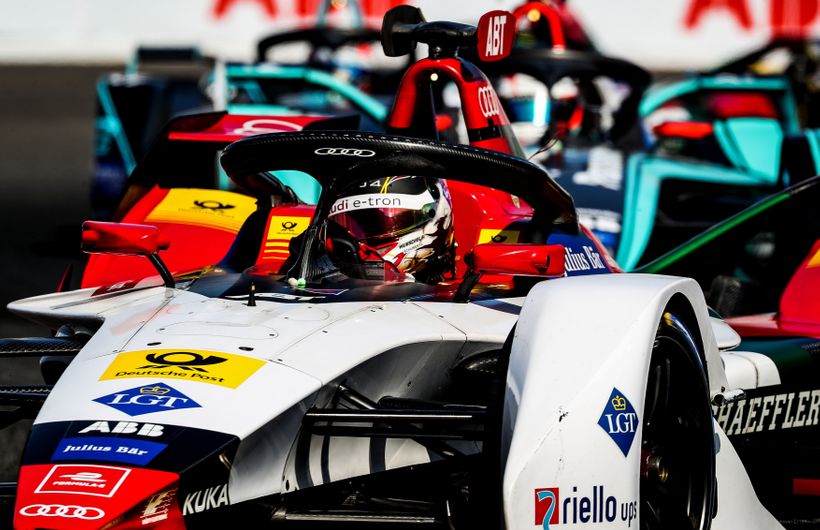