It might not be the most exciting electric car, but the Hyundai Ioniq is efficient, spacious and good value. It's especially popular with business users.

“I kind of like the Hyundai Ioniq. But I'm just not that keen on how it looks. However, its quirky shape helps with efficiency, as it's easier for the wind to flow around it, which means it uses less of your precious battery energy. And that has a positive impact on your driving range, which is a good thing.”

“The Ioniq comes in three flavours: hybrid, plug-in hybrid (PHEV) and full-on electric (BEV), and they’re actually all pretty good. Not the most stylish of things, but nicely efficient and are an option for those who don’t feel the need to advertise their greener leanings.” 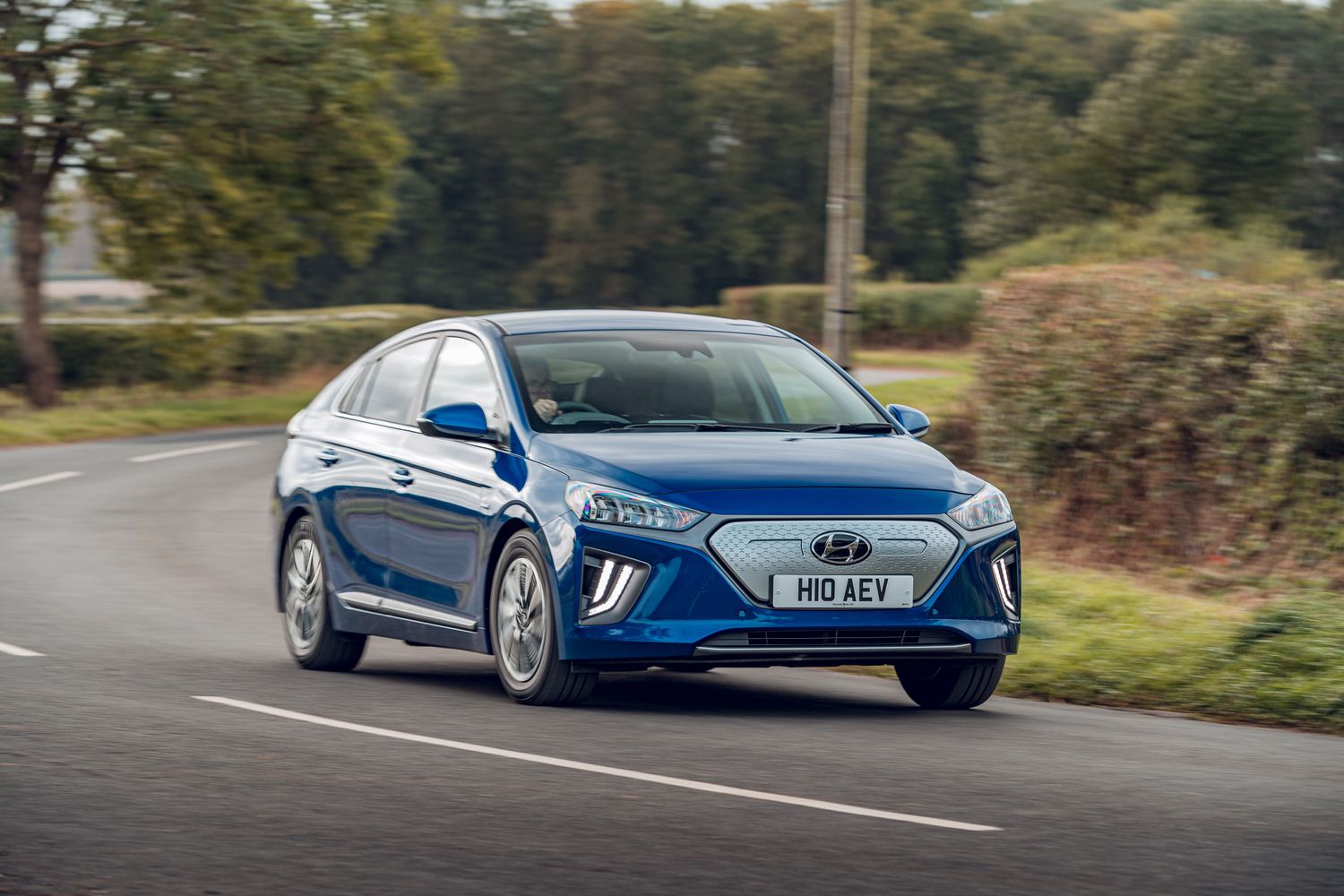 The Ioniq is a little bit like milk - there are three different types available depending on how healthy you’d like to be. The full-fat is a hybrid, the semi-skimmed is a plug in hybrid, or the skimmed is the car we are looking at here, the full electric version which is entirely propelled by battery power.

It’s been around since 2017 but things develop quickly in the electric car world so the Ioniq has recently been updated to keep it competitive against newer rivals.

The biggest change is a new battery. At 38kWh it’s competitive but not as Tesla-rivallingly huge as Hyundai's Kona. Still, not everyone needs the range (and expense) of a bigger battery and the Ioniq will go 193 miles between charges, Hyundai claim – which would be around 160 miles in the real world. That’s impressive compared to rivals such as the best-selling Nissan Leaf's 40kW, which has an official range of 168 miles despite having a marginally bigger battery.

Charging the Ioniq is easy and of course it takes less time than a car with a bigger battery to get to 100%. There’s a flap on the back wing nearest the kerb to plug in and it takes six hours on a home charger, or it’ll accept a 50kW rapid charge from a service station which will top it to 80% in just under an hour.

You’ll be charging less though because the Ioniq is surprisingly efficient, partly due to its more slippery shape. Just by looking at the car you can tell it is Hyundai’s answer to the ubiquitous Toyota Prius. The low-roofed and aerodynamic profile is designed for aerodynamics rather than style or practicality, but it’s still reasonably spacious inside for a family.

While the outside looks pretty radical (if not pretty) the inside is comparatively bland and uninspiring. It’s reasonably well built, but there’s nothing you’ll be showing off to your mates.

The same can be said for the driving experience. It’s not going to get anyone excited but it works well enough with a reasonable 134bhp available – that’s about the same as the Zoe but slightly less than the Leaf.

It’s also got tiny 16-inch wheels, which mean the tyres are bigger and squishier compared to the low-profile rubber seen on sportier cars. It means they absorb bumps on rough roads much better but can make the experience a bit wallowy sometimes.

So, the Ioniq is a bit like milk. It does a job and is useful to have around but it’s rarely going to get you excited.