“I kind of like the Hyundai Ioniq. But I'm just not that keen on how it looks. However, its quirky shape helps with efficiency, as it's easier for the wind to flow around it, which means it uses less of your precious battery energy. And that has a positive impact on your driving range, which is a good thing.”

“The Ioniq comes in three flavours: hybrid, plug-in hybrid (PHEV) and full-on electric (BEV), and they’re actually all pretty good. Not the most stylish of things, but nicely efficient and are an option for those who don’t feel the need to advertise their greener leanings. ” 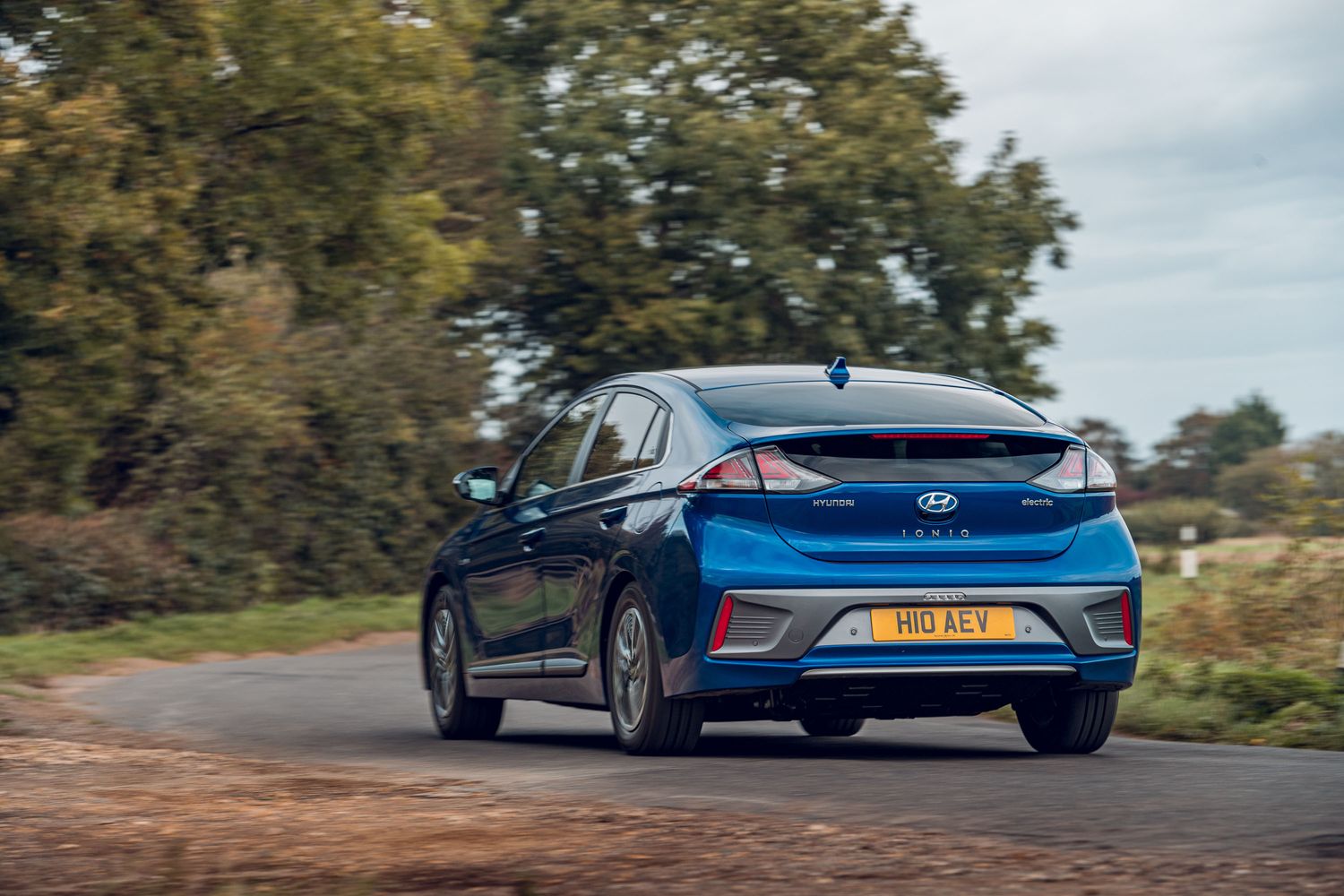 There’s a decent selection of used Ioniqs around, just be aware that many will have had a hard life.

The pure-electric Ioniq isn’t as popular as the hybrid and plug-in versions, but there are still a few for sale, mainly at Hyundai main dealers. The earliest cars from 2017 are still a decent buy, as the 31kWh battery is enough to give an official range of 174 miles – although we’d say that’s about 120 miles in reality.

The motor’s power isn’t as much as the later car either (118 versus 134 bhp) but it’s still more than the earlier Nissan Leafs and other cars in this price range.

These earlier models actually have an advantage over the latest versions though, as they will accept a rapid charge at 70kW versus the 50kW of the new car, so an 80% top up will take less than 30 minutes if you can find one of the new beefier charge points.

Be aware though that many of the Ioniqs on sale will have been used by companies as pool cars or even taxis – be wary of anything which hasn’t been loved.

If you want something a little newer, dealers are offering ex-demonstrator and pre-registered Ioniqs (where they put number plates on a car and register it to themselves in order to get volume bonuses from the manufacturer) with a little bit of discount over the new price. Expect to get a little more off with a bit of haggling. This contrasts to the more in-demand Kona model which could actually attract a premium over the list price because there is a waiting list.

As with any used electric car, check that the services have been done by the book, or that five year warranty could be invalidated. Make sure the charge cables are still present too – they are pricey to replace.