“Range isn’t everything, but when Hyundai’s bigger-battery means you can drive for around 280 miles in the real-world, it certainly makes things more convenient. Plus, the Kona is a useful size, looks pretty good and doesn’t cost a billion pounds. A practical, family EV.  ”

“The Hyundai Kona has picked up it’s fair share of awards and it’s easy to see why. This is a no-nonsense car to live with, it’s enjoyable to drive, has a practical driving range and is cheap to run. It’s a great option if you’re thinking of going electric for the first time. ” 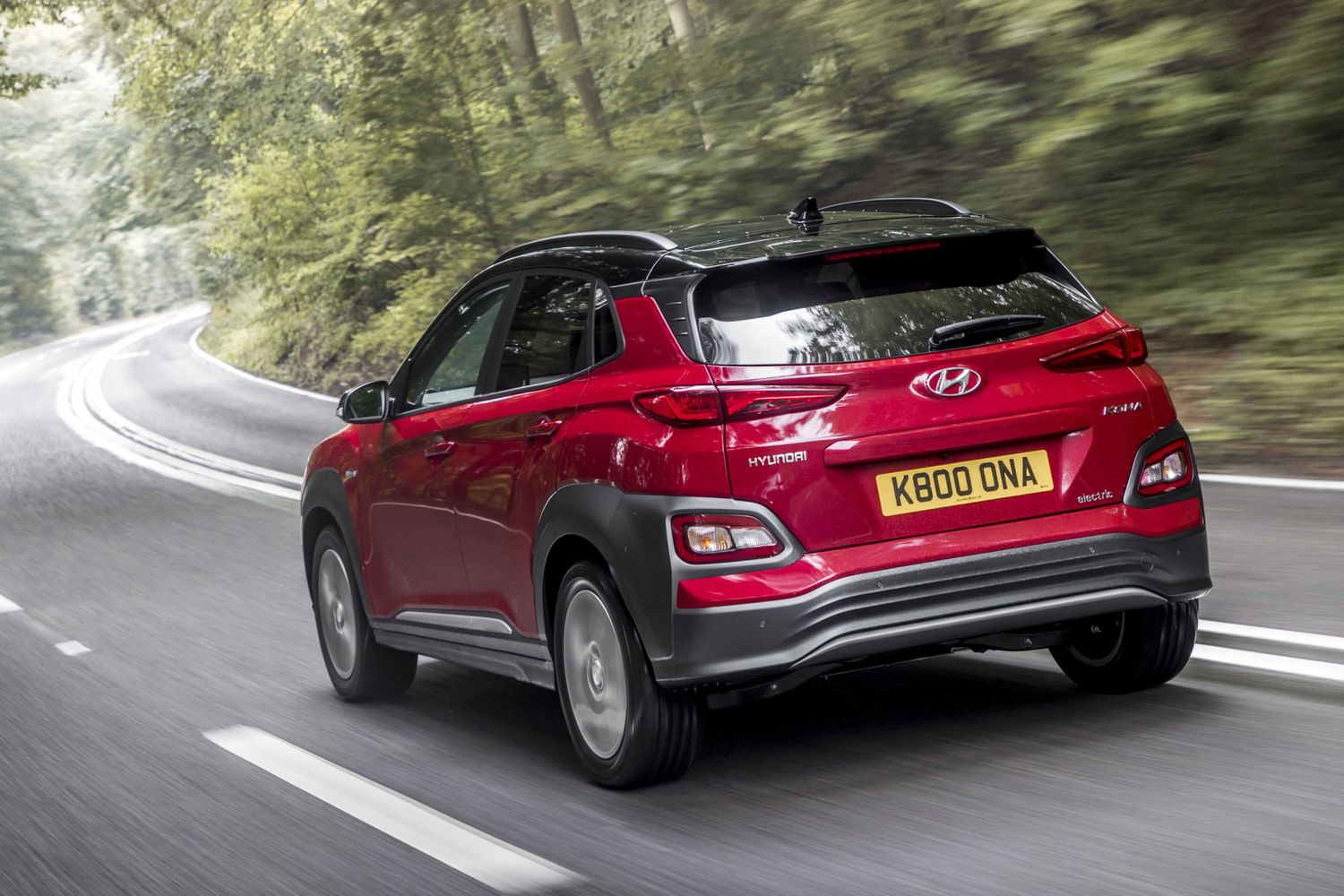 It seems an odd thing to criticise, but the 64kWh Kona Electric is actually much faster than it needs to be. The 39kWh has less power and is a little more sensible.

In the world of old-fashioned petrol cars, anything the size of a Kona with 201bhp would be called a GTi and be covered in spoilers and stripes. It’s not a lightweight sportscar by any means, but the 64kWh Kona is a car which will hold its own against some pretty pricey machinery on a motorway slip road. Be careful though, as it will also spin its wheels embarrassingly if you are not careful with the throttle when pulling out of a junction, even when it is warm and dry.

It’s most noticeable in ‘Sport’, but happily there are two other modes you can select – Normal and Eco – which will tame the power delivery and make the accelerator pedal less sensitive. The Eco mode restricts engine power too, helping you to make the most out of the battery charge. If you need a boost, such as for overtaking, the car will give you the full beans if you push the pedal to the floor, whatever mode you choose.

Naturally, the 39kW (with 134bhp) isn’t as quick and adds two seconds to the 0-62mph time. But it’s still more than reasonable and gives plenty of performance for most people.

Despite the surprising performance available from its electric motor, the Kona is not supposed to be a sports car. It’s a heavy and tall small SUV which has to keep an eye on its efficiency, so has skinnier tyres than you’d get on a petrol hatchback with the same sort of power.

That means it doesn’t have as much grip as you might expect in a corner and tempers the amount of fun you might think is possible given the quoted figures for performance.

Instead, it’s probably better to sit back and drive the Kona in a more relaxed fashion, making the most of its comfort.

The most fun part of driving the Kona is playing around with the brake regeneration - that’s the way energy from the braking system is harnessed as you slow down. You can modify the amount using paddles behind the steering wheel or set the car to ‘auto-recuperation’. This is something rivals don’t have yet, and it monitors the car in front using radar and then adapts the braking to suit the situation seamlessly. It works well and means you hardly ever need to use the brake pedal except in an emergency.