There aren't many cars that can match a Tesla when it comes to range. But the Kona can. If you're one of those people who suffer from range anxiety then this smart family SUV is the car for you.

“Range isn’t everything, but when Hyundai’s bigger-battery means you can drive for around 280 miles in the real-world, it certainly makes things more convenient. Plus, the Kona is a useful size, looks pretty good and doesn’t cost a billion pounds. A practical, family EV.”

“The Hyundai Kona has picked up its fair share of awards and it’s easy to see why. This is a no-nonsense car to live with, it’s enjoyable to drive, has a practical driving range and is cheap to run. It’s a great option if you’re thinking of going electric for the first time.” 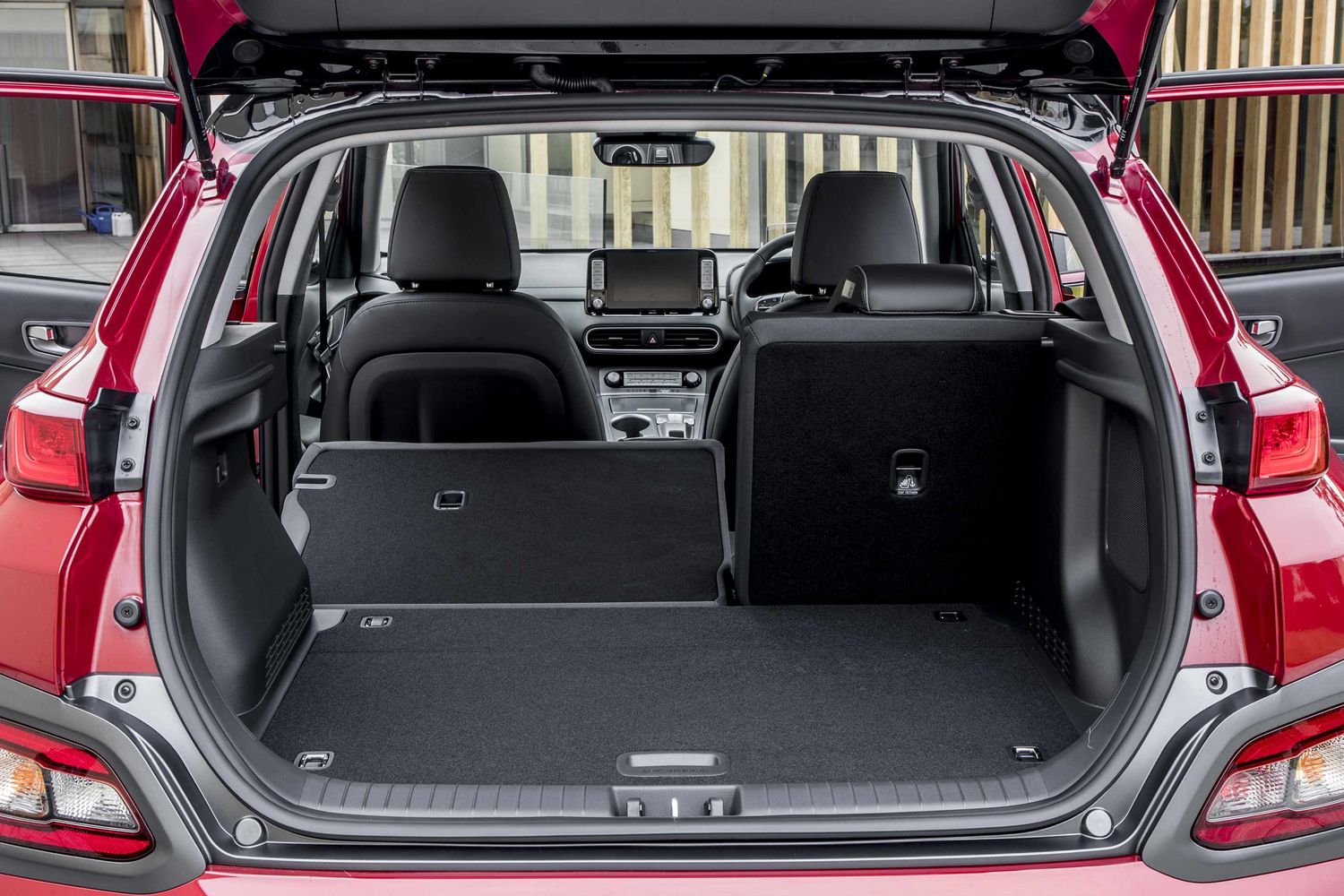 Although the Kona is a perfectly practical car for a small family, rival electrics offer more space for passengers and luggage.

The Kona is a small SUV which is similar in size to a Nissan Juke, so it is big enough to keep a small family happy, but by the time the kids start growing into teenagers you’ll be wanting to think about something larger.

The front seat occupants won’t find much to complain about, as there’s plenty of leg and headroom. But rear seat passengers will start to feel the squeeze once they grow past average adult height as it’s surprisingly cramped in the back. There’s far more legroom in the back of a Nissan Leaf or Kia’s Soul EV, for example, even though those cars don’t have SUV-style bodies. The Kona does have space for three across the rear bench, but it’s a squeeze.

There’s not much in the way of space for luggage either. At 332 litres it’s substantially smaller than a Kia e-Niro’s 451 litres and not much larger than you’d find in a small hatchback like the Peugeot e205 (311 litres).

As you might expect from a car developed in tech-crazy Korea, the Hyundai Kona has an enviable list of standard equipment, even on the mid-range ‘Premium’ model.

The gizmo list includes a digital dashboard screen and a head-up display which projects information like speed, navigation commands, and warnings into your line of sight at the base of the windscreen.

Other info and controls come via an iPad-sized 10.25” touchscreen display with navigation and Apple CarPlay or Android Auto. These should make it easy to play your music through the fancy ‘Krell’ branded hi-fi system and, to keep your phone topped up after all that use, there’s a wireless phone charging pad.

Although the independent testing organisation EuroNCAP hasn’t tested an electric version of the Kona, they did smash up a petrol-powered version in 2017 and declared it a top-rated five-star car. The boffins are happy to extend the same rating to the plug-in versions too, so it looks like it’s a pretty safe car.

Its success is partly due to the huge list of technology which is aimed at preventing an accident happening in the first place, including a Forward Collision Avoidance system that brings the car to a halt if the driver doesn’t notice the traffic stopping, lane departure warnings and  sensors which alert you to danger when reversing out of a parking space or driveway.

Amusingly, the Kona also has VESS - a virtual engine sound system to warn pedestrians of the car’s approach. We think it sounds like the start of a keyboard solo from an ‘80s synth band.

So, the Kona is a very safe car, but the list of equipment, number of airbags and the actual NCAP scores aren’t ultimately as good as some rivals – notably the Nissan Leaf and e-Niro from sister company Kia.