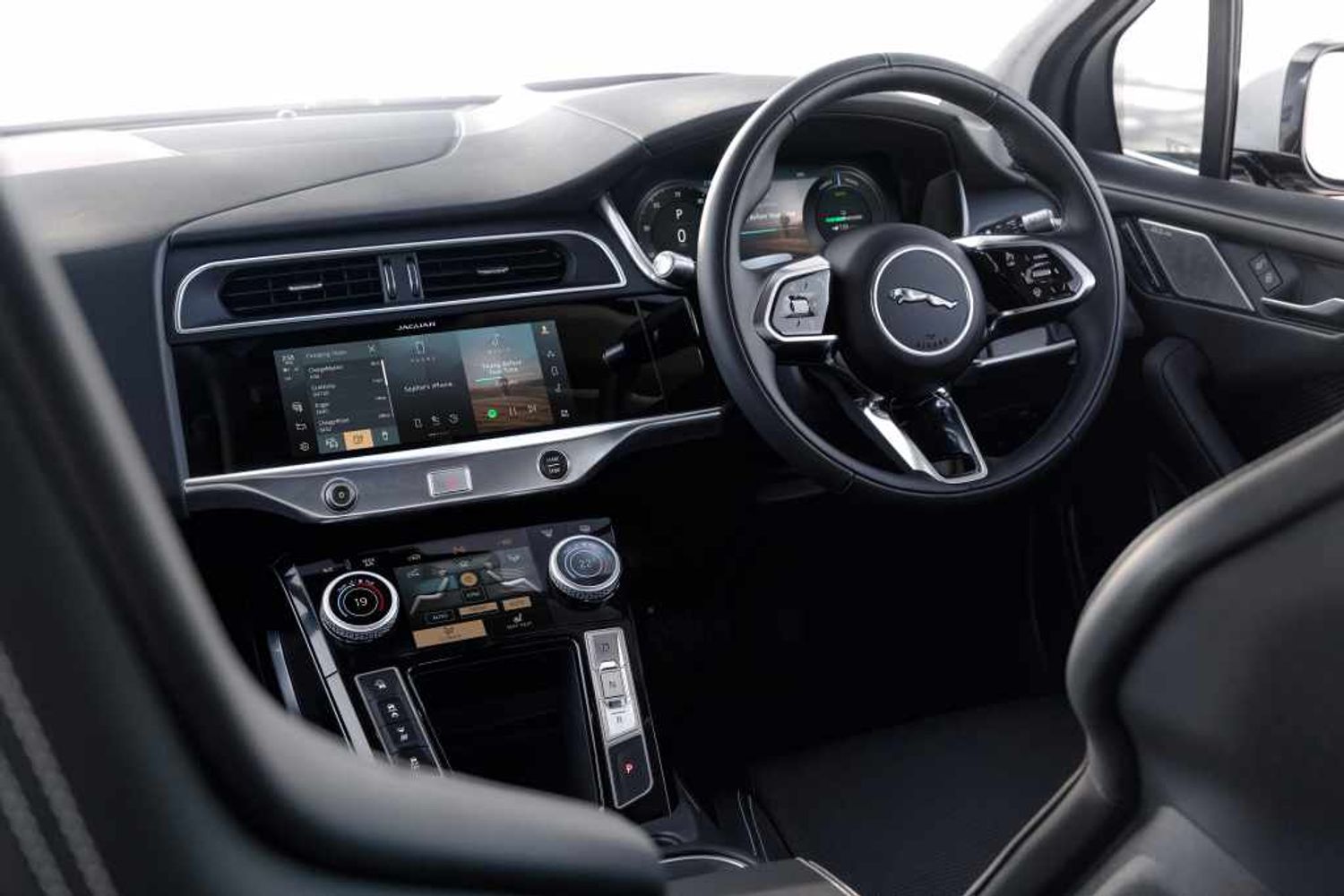 It might look sleek, but the I-Pace is as spacious as any other mid-size SUV and has plenty of storage space too.

The I-Pace isn’t a very long car, but it is surprisingly wide. This might be an issue on narrow roads or parking spaces, but it means the car feels very spacious inside. In the front it’s got plenty of room and rear seat passengers won’t feel too short changed either, unless they are an adult stuck in the middle of the bench.

Round at the back, the boot is easily enough to rival a conventional SUV such as an Audi Q5 for size, especially with the seats folded. There’s a neat compartment under the boot floor for storing all of the cables you’ll need, but it takes an age to stash them properly and most owners will just leave them lying in the boot.

On the plus side, there is an additional ‘frunk’ under the bonnet at the front of the car which could take a squashy bag or stash a laptop out of sight.

The interior of the I-Pace is packed with the usual luxury-car spec, including a 10-inch screen instead of conventional dials and gauges. The owner can tailor the screen to their personal preference or mood, swapping a rev counter for a map.

There’s another touch screen in the centre console too, which looks after functions you’ll need less often, such as the climate control. The navigation system incorporates features to help make electric driving easier, such as directing you to your nearest charging point and keep an eye on your remaining range.

The infotainment has just been updated to a new system called Pivi Pro which is the main difference between the 2021 model year car and the earlier models. It is certainly better than the clunky old set up and includes a ‘self-learning’ navigation system which can show you where the nearest available charge station is, how much it will cost and how long it will take.

The system also includes an embedded SIM with a free 4G data plan, a ‘3D’ surround camera system for easier parking and an optional ‘ClearSight’ rear-view digital mirror, which uses a camera to give a better view behind the car. Apple CarPlay and Android Auto compatibility are standard and the I-Pace will update its software over the airwaves.

The trouble is that it is still not as slick or intuitive to use as the best of the rivals, and even the systems from Polestar and Ford's Mach-e make the Jag's PiviPro seem slow and difficult to navigate.

The I-Pace has been tested by the independent organisation EuroNCAP and got the full five stars, proving it will be strong in an accident and have all of the crash prevention technology they demand too. It means the Jaguar will brake automatically if it senses you’re about to collide with another car or pedestrian. The car will also sense if you are drifting out of lane without indicating first and gently steer you back on course.

At parking speeds, the I-Pace has sensors, rear cameras and a 360 degree around view monitor, which gives a ‘bird’s eye’ view around the car. It should help prevent parking knocks, but there is an annoying delay to the footage which makes it feel a bit clunky compared to other cars at this price.

The top HSE model has some self-driving capabilities too, with the ability to steer, brake and accelerate to a set speed within clearly marked lanes on a motorway or A-road. It’s not a match for a Tesla, but it will still seem amazing to anyone who’s not tried it before.