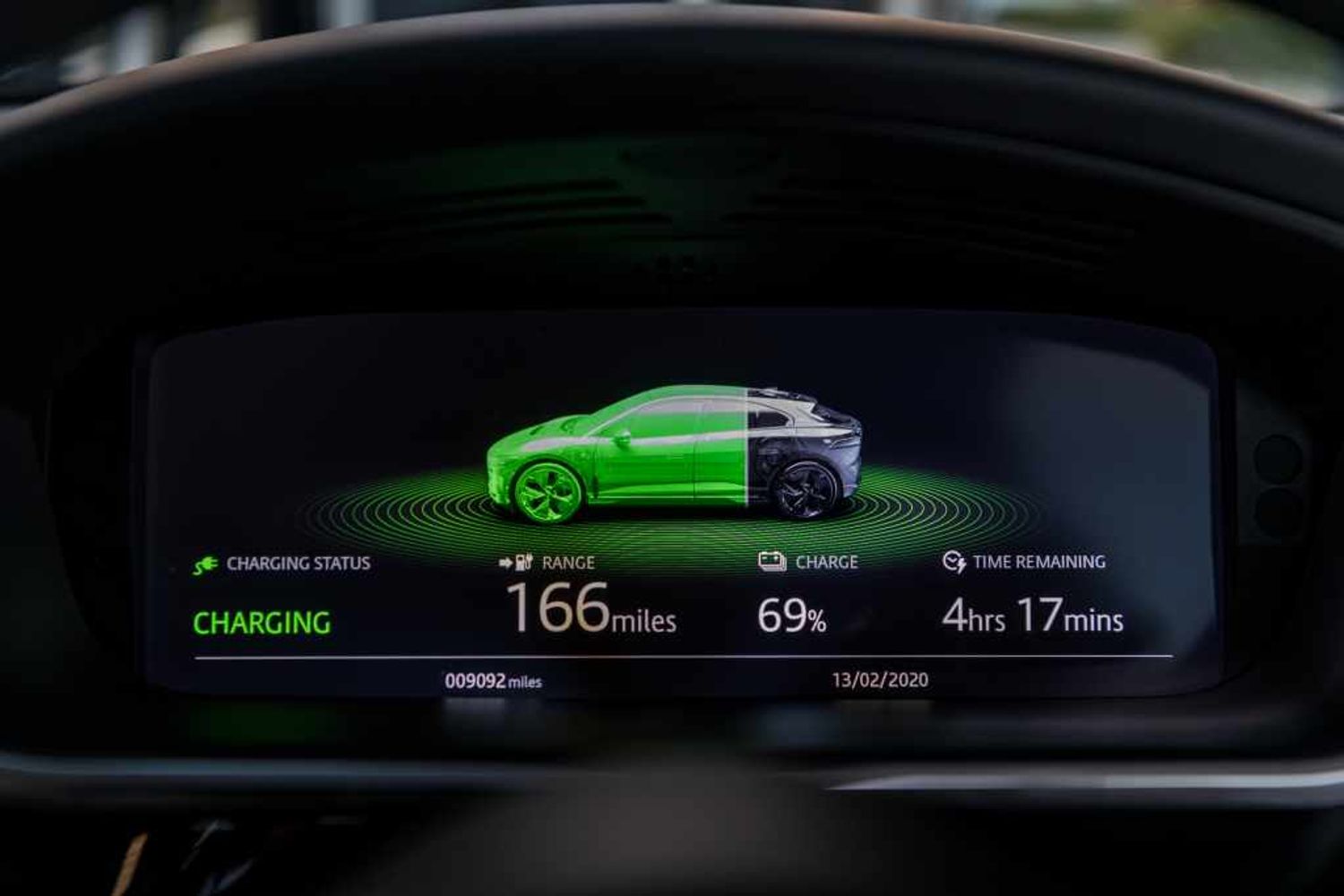 The 90kW battery in an I-Pace is a little smaller than a Tesla’s, but should still be good for a genuine 200 miles, more if you are careful. It can be charged quickly at the new super-rapid chargers.

There’s only one battery size available for the I-Pace and official test figures suggest it will be able to go for 292 miles without needing a charge. Our experience would suggest that’s not impossible, but it is unlikely. If you regularly drive at motorway speeds, use the I-Pace’s performance or the weather outside is either side of mild then it’s more likely you will get around 200 miles.

That’s less than a Tesla Model X but will still be plenty for most people though, and if you need to go further it can be topped up quickly at one of the increasing number of super-fast 100kW+ chargers.

Like most electric cars, the I-Pace’s battery is made of lithium ion – the same material you’ll find in mobile phones and laptops. Unlike those, it is designed to be under less strain and is cooled and heated to make sure it should last the lifetime of the car without degrading too much.

At 90kWh it’s one of the biggest fitted to any electric car, but it is crucially smaller than the packs fitted to the Tesla Model S and X.

As the I-Pace is a purpose-built electric car rather than a converted petrol model, the battery has been positioned underneath the floor, meaning it feels spacious and has a low centre of gravity.

If you started a journey in Manchester, you could (in theory) drive to the Channel Tunnel terminal in Folkestone without needing to stop. A quick 40-minute top up on a rapid charger there while you have lunch and you won’t have to stop again until you reach Paris.

In reality you might need another quick charge on the way, but it’s likely your bladder will complain before the battery does.

Once you’ve stopped, the Jag can connect to any fast charger using the common CCS standard, including the new 150kW super-rapids - although it will only take a 100kW feed. That once seemed fast but rivals (especially Tesla and Audi) will take 150kW or more.

At home, work or on slower public points you’ll only be able to ‘fill up’ at up to 11kW, but plugging in overnight or during a working day will be enough to keep the battery full.