Until Kia launches a pure-electric Sportage, this is as good as it gets. Well equipped with impressive credentials, company car drivers will love it.

“The Sportage is a hugely practical family car which matches some of the posh Germans for quality. Kia's warranty is still a major attraction too.”

“The official consumption and range figures mean the Sportage has a killer 8% tax rate of company car drivers. It'll save hundreds versus a diesel.” 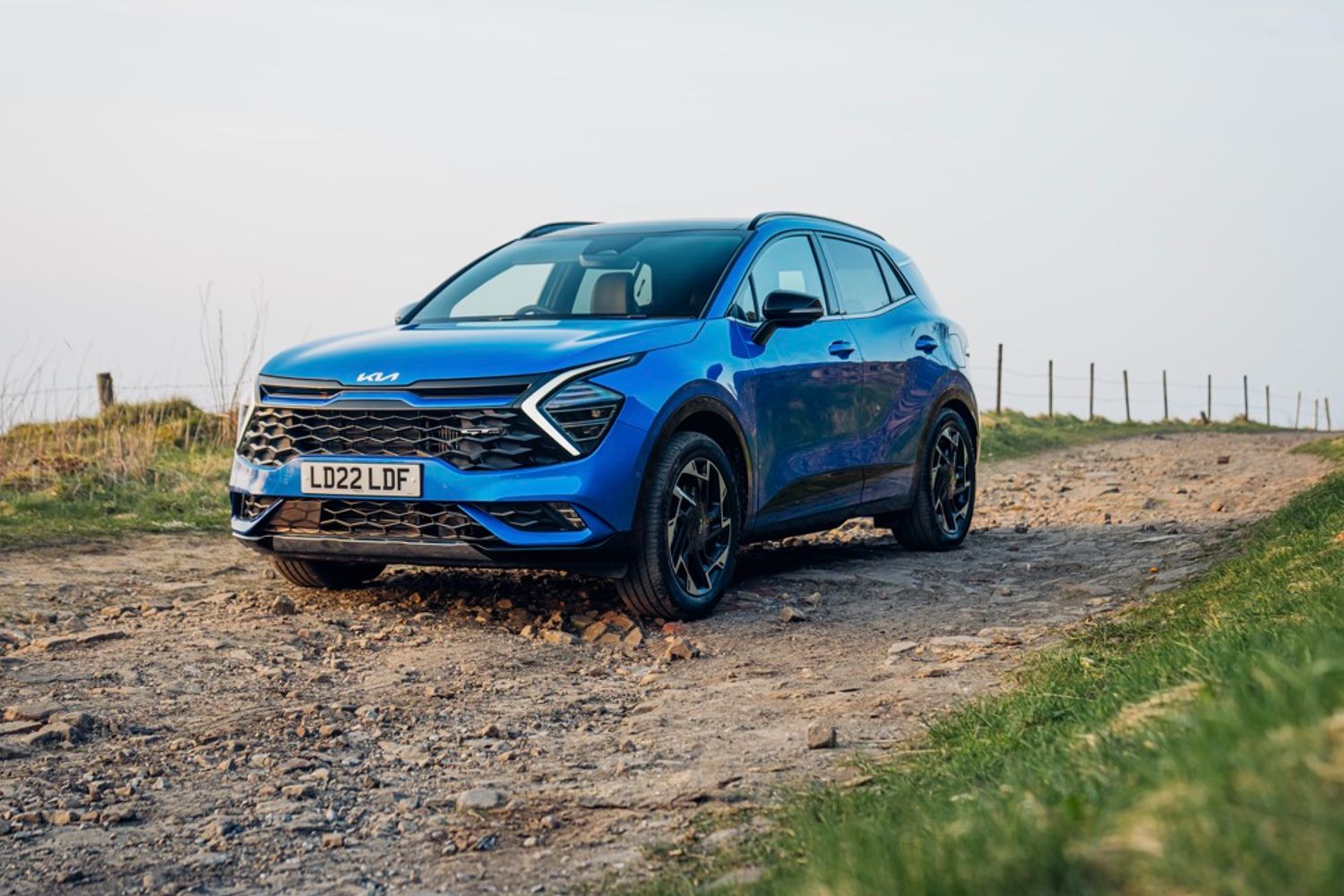 The Kia Sportage was arguably the car that did the most in transforming the South Korean carmaker's image. With its quality interior and its styling penned by the original Audi TT's designer, the third-generation Sportage of 2010 set Kia on a road it has never looked back on.

In recent years, Kia has used that brand reinvigoration that was kicked off with the Sportage to good effect in the world of electric cars. Its e-Niro and subsequent EV6 have been class-leaders, and Kia has now given the Sportage a dose of plug-in power itself with the new PHEV (plug-in hybrid) version. But now, even with hybrid power, has time – and Kia – moved on from the Sportage? Is it already old news?

While Kia's sights are firmly set on producing a pure-electric range of cars well ahead of the UK Government's 2030 deadline, the Sportage is still a tremendously important car for the brand. It's a regular in the UK monthly best-selling cars charts, and is a favourite among families looking for a stylish, well-made and relatively affordable SUV.

It's for this reason Kia hasn't done the bare minimum for this fifth-generation car. It sits on a brand new structure which allows a number of power options, from diesel to this plug-in hybrid, to be produced. And the styling, while a touch familiar from some angles, is in keeping with Kia's current crop of bold designs. The interior, in particular, shares a lot of its look and hardware with the all-electric EV6.

As it's a hybrid charged up by a plug, the PHEV has two power sources. Under the bonnet there's the same 178bhp 1.6-litre turbocharged four-cylinder petrol engine you'll find in other Sportages, but this is backed up by a 90bhp electric motor on the back axle. It means the Sportage PHEV packs a hefty 261bhp, making it the quickest model in the range. The 0-60mph sprint takes a sprightly 7.9 seconds, for example.

That's not the impressive bit, though, for the PHEV's battery is neatly packaged between the axles and under the floor. Nothing too remarkable about that you might say, but the battery is the same as you'll find in the much larger Kia Sorrento PHEV. At 13.8kWh it gives the Sportage a very impressive 43-mile pure-electric range, and thanks to a large (for a plug-in hybrid) 7.2kW charger a full charge takes one hour, 45 minutes.

Moreover, that 43-mile range is five miles more than the mechanically identical Hyundai Tucson Plug-In, and four more than the Kia's arch rival, the Peugeot 3008 Hybrid. It's not just range where the Sportage pulls ahead, though, as thanks to it emitting just 25g/km the Kia slots into the 8% BiK tax band – the Peugeot, at 31g/km, sits in the 12% bracket. Important stuff if you're a company car driver.

But of more importance is that electric range – we were seeing around 36 miles on a warm spring day, which is pretty impressive. Not only that, but the Sportage is easy to drive on electric power. By that we mean it's simple to keep the car in EV mode and prevent the petrol engine from kicking in – something that's vital if you want to travel in electric power mode to maximise fuel economy.

Behind the wheel and the Sportage goes about its business in a refined and quality fashion, but there's little fun to be had here. It handles predictably, the steering is accurate enough, but if you're expecting anything more then you'll be feeling a little disappointed.

What could be better is the ride quality. Not only do the standard 19-inch wheels generate a lot of tyre noise, but their low-profile tyres and coupled with the car's extra weight from the battery pack gives the PHEV's ride an often lumpy quality.

With prices starting at £38,395 you might think Kia has lost its eye for value-for-money, but it's in keeping with many of its nearest rivals and the Sportage comes with Kia's seven-warranty, too. But Kia is really aiming this car at company car drivers and fleets, and for those drivers the Sportage is easily one of the best plug-in hybrid SUVs currently on sale. It looks great, it's built well, it's packed with standard features, drives perfectly acceptably and the sums add up. The Sportage is still a key Kia.