There are a lot of big numbers involved in the new Range Rover Sport PHEV, from the price to the electric-only range. But it’s a small number on the spec sheet which will attract the most attention: the tax rate for company car drivers.

“For a moment just forget all of the tech which allows the Range Rover Sport to lap race circuits one minute and ford rivers the next. The big news here is the low company car tax rate.”

“I’m huge fan of PHEVs which actually have a usable electric only range and the Sport's huge battery means it can cover most of my miles without needing to visit a petrol station. ” 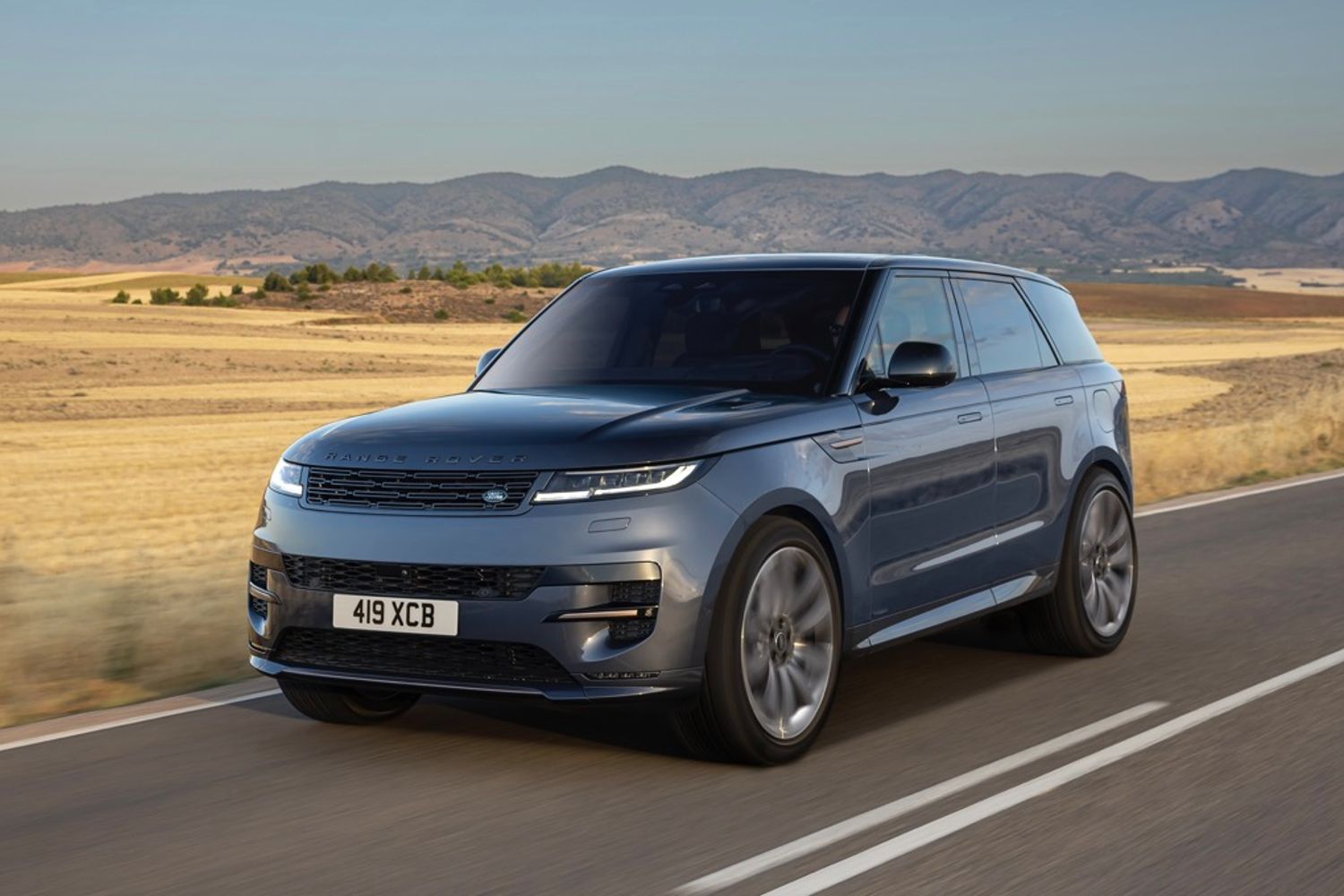 There are a lot of big numbers involved in the new Range Rover Sport PHEV, from the price to the electric-only range. But it’s a small number on the spec sheet which will attract the most attention: the tax rate for company car drivers.

But let’s run through some of those big figures first. The new Sport is based on the mechanical bits and central structure of the new ‘full fat’ Range Rover, which means it has some very clever powertrains and some materials which are designed to keep the weight down.

Despite this, the P510e Autobiography we tried tips the scales at a whopping 2,810kg. That’s 300kg more than a Tesla Model X and more than two BMW i3s.

Unlike the Tesla or the i3, the Range Rover Sport has two types of motor, one of which runs on petrol and means it is more familiar to most drivers. That is a 3.0-litre six-cylinder which produces 395bhp. That would be plenty on its own, but is it helped along with a 139bhp electric motor.Together they result in a 0-60 time of 5.2 seconds, which might not be as fast as some of the modern breed of electric cars but is certainly rapid enough to make the Sport feel fast in every situation which doesn’t involve a drag strip.

But of more relevance to the real world are the electric stats. Nestled deep in the floor of the Sport is a 38.2 kWh battery. That’s more than twice the size of most other PHEVs and is actually larger than the pack fitted to the MINI Electric.The result is that the Sport has a truly useable electric only range. The official laboratory figure is 70.2 miles, and on our test drive it equated to a genuine 50-55 miles.

That’s not much compared to an electric car, but the official figure is crucial as it, combined with a certified 18g/km for CO2 emissions, mean that the Sport is comfortably in the 5% category for company car tax. That is really big news, as it shrinks the bill to tiny levels.

If you ticked the wrong box on your company car order form and got the D350 diesel version of the Sport, a 40% tax payer would see £14,801 disappearing from their pay packet each year to feed HMRC. If you swap to the PHEV, that figure is just £1,960. That’s less than you’d pay in tax for driving a small petrol hatchback.

With those sort of tempting figures, there’s the risk that Range Rover Sport could just be used as a tax dodge by drivers who never plug it in, especially as electricity is currently expensive. Charge the battery at the new peak time energy rate cap of 52p per kWh and it will cost just under £20 for a full battery. If that takes you 55 miles, that’s the equivalent of around 21mpg using at current fuel prices. Even the V8 petrol version could challenge that.

Use the Sport’s CCS 50kW rapid DC charging facility at a public charger such as an Ionity at 69p per kWh and those costs make petrol and diesel running costs seem like bargains. But Land Rover believes many owners will be keen to plug in as it makes the car so much nicer to drive, and they’ll tap into cheaper overnight power or make use of solar panels at home and work.

There’s also the requirement (or looming future plans) for zero-emission capabilities in some cities which will make electric running a necessity if you want to drive into a town. The Land Rover even has a clever ‘geo-fence’ gadget which automatically switches to EV mode if you enter a dedicated zone.

It would certainly be a shame if owners didn’t use the electric capability. On our test drive using the hybrid mode, the fuel gauge hardly moved over a three hour drive and a distance which drained the tank on an equivalent V8 model. Once at our destination, plugging in would’ve seemed an easier option than going off to find a petrol station too.

The performance of the PHEV isn’t far off the V8 either and the powertrain is generally smoother. Anyone coming out of a pure electric car will notice there are gear changes and occasionally the thrum of an engine, but the P510e is incredibly refined compared to a non-PHEV car.The rest is generally refined too, with only a surprising amount of wind noise spoiling the silence.

The Sport is purposely made to be more ‘dynamic’ than the larger Range Rover, which means it has sharper responses to the brakes and steering. The car we tried had enormous 23-inch wheels, but still the ride felt reasonably supple. The steering felt weighty too, and the car was capable of carrying decent speeds into corners.There’s no hiding that weight though and throwing the Sport about could never be described as fun, despite the best efforts of some hugely sophisticated air suspension. It might be physically capable of chasing a hot hatchback through a series of bends, but the driver of the smaller car will enjoy the experience because they’re not feeling like they are trying to break the laws of physics.

The Sport is surprisingly manoeuvrable though, especially in tight spots, thanks to four wheel steering. In towns and tight car parks it means the RRS can be threaded around as easily as a hatchback and it improves lane change responsiveness on the motorway too.

The other place this manoeuvrability comes in handy is off-road. Our test route was carefully planned by Land Rover and included some terrain which no normal owner would dream of driving over unless they were having an accident or on a film set. It’s impressive stuff, and while it is largely irrelevant in the real world it is nice to know it can do it.

The rest of the Range Rover Sport is just as you would expect. It is a practical family car, with a huge boot and supreme comfort. The tech is generally very impressive, although I think most owners would gladly give up a few of the extreme off-road drive mode settings in exchange for sat nav system which looked like something from 2022 rather than the 2012.

But these niggles will be of little consequence to most Range Rover Sport buyers. It looks good, drives well and has all the capability they will need. While the PHEV doesn’t make financial sense for private buyers in the current economic climate, it’s such a good deal for company car drivers that it seems positively naughty.

The 5% rate isn’t as cheap as a pure electric car like a Porsche Taycan or Audi e-tron at 2%, but the £100 or so a month extra in tax it will cost to have the Range Rover Sport over them might seem like money well spent for the extra convenience of having the back up of a petrol engine.

The new Range Rover Sport is a technological marvel and the PHEV’s big battery means it can be used like a pure electric car for most drivers for most journeys. It’s clearly not going to be as efficient as a smaller car though, which means private buyers will struggle to make the sums add up. For company car drivers however, the tax breaks mean it has more than a sporting chance.