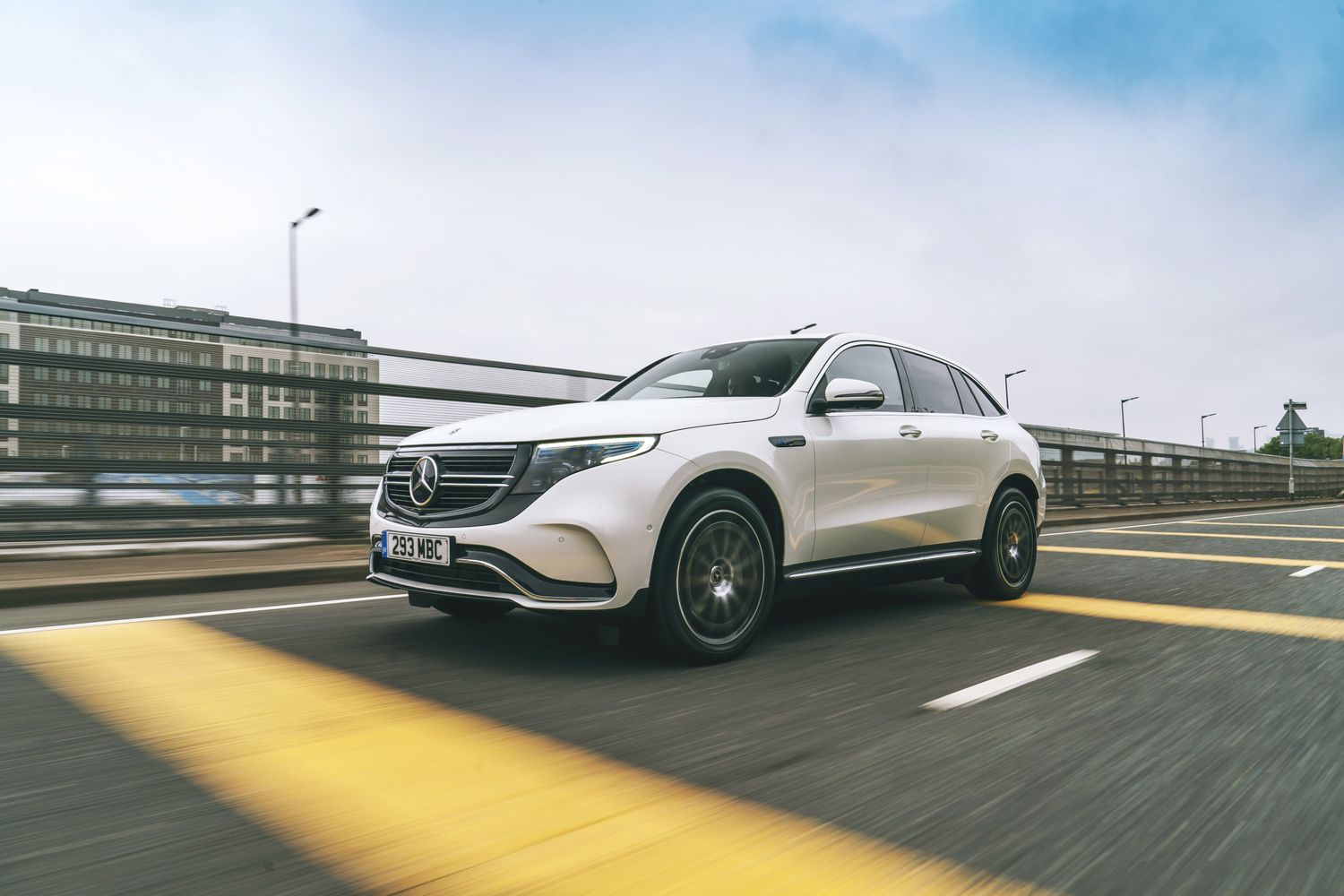 It might not have the headline performance of some rivals, but the EQC is fast and refined.

Compared to a Jaguar I-PACE or Tesla Model X, the Mercedes looks a little slow. In fact the EQC’s 112mph top speed would be beaten by a 1.0-litre Ford Fiesta. But in the real world, the EQC feels as fast as you would ever need to be a car to be, especially in situations where instant power is a real advantage, such as pulling onto a motorway or overtaking slower traffic on a country lane.

To provide this power, the EQC has two motors which combine to produce 402bhp. It’s four-wheel-drive too of course, so this performance can be used safely in slippery conditions.

So while it doesn’t have the same ‘oh my gosh’ feeling you’d get from a Tesla in full Ludicrous mode, the EQC still has enough power to mean you’d not feel short changed if you traded in one of Mercedes’ AMG models – unless you regularly visit Germany’s speed limitless autobahns.

Anyone who is used to a Mercedes will be able to get in and drive an EQC with no extra tuition. Select ‘drive’ and move off. The only adjustment needed then will be to get used to the silence, as the EQC is one of the most refined and serene cars on the road. It makes driving it incredibly relaxing, even compared to other electric cars.

This theme continues for the rest of the EQC too. Whereas some rivals such as the Jaguar I-PACE are exciting and sporty-feeling, the Mercedes concentrates more on an ability to relax the driver by soaking up the bumps and the noise from the road with efficiency.

There’s no hiding that this is a heavy car though – it weighs more than any of its peers, including the larger Tesla Model X. It’s well controlled by the suspension and brakes, but you feel the weight in corners or when you touch the brake pedal.